Lewis Hamilton admits Red Bull have the pace edge over Mercedes at present, but he is not giving up hope of a Styrian Grand Prix victory.

Lewis Hamilton has cast doubt on prospects for a Mercedes victory at the Styrian Grand Prix but promised to "give it everything" to challenge Max Verstappen.

Pole position went to Verstappen on Saturday as the Red Bull team showed impressive pace at their home circuit in Spielberg, Austria.

Championship leader Verstappen, who heads Hamilton by 12 points after the opening seven races of the season, expressed satisfaction as a job well done.

Hamilton reacted to being only third quickest, behind team-mate Valtteri Bottas, by saying Mercedes simply do not have the speed that Red Bull are showing at present.

A three-place grid penalty for a pit-lane spin on Friday means Bottas will drop to fifth, with Hamilton bumped up a spot, spared having to start on the second row.

Hamilton said: "Well done to Max. I've been giving it absolutely everything. It just wasn't the greatest of sessions, but nonetheless I'm still on the front row.

"I did everything I could and we go into the race on Sunday for a fight.

"Generally they [Red Bull] had a quarter of a second on us all weekend. I don't think we have the raw pace to overtake them, that's for sure." 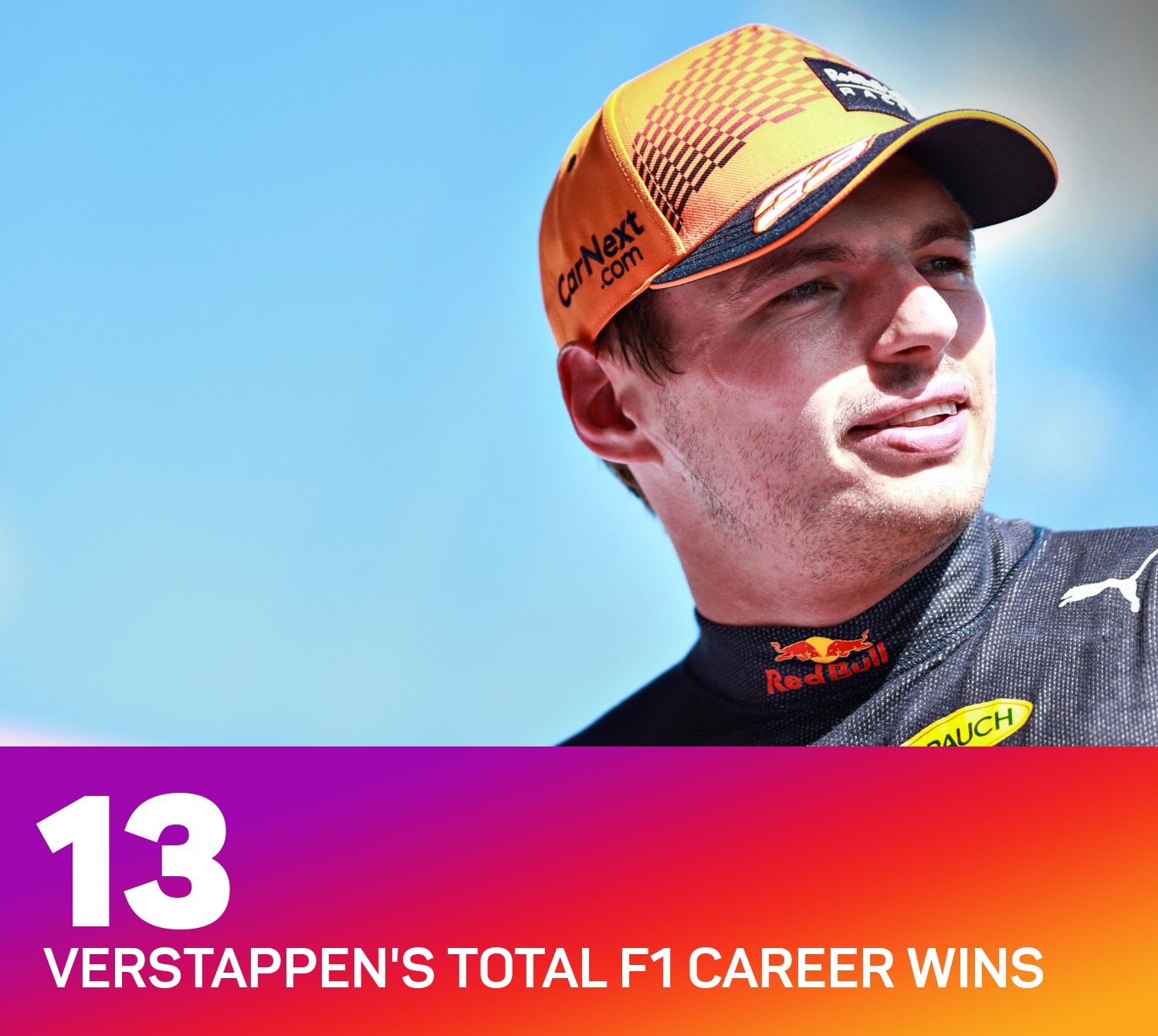 But Hamilton added: "We'll be giving it everything. Maybe Sunday we'll be surprised, maybe it rains, who knows."

Verstappen has won two of the last three races to power ahead at the top of the drivers' standings, giving him early season hope of a first world title.

"It's been a very good weekend," said Verstappen. "Again in qualifying the car was really good to drive. I'm super happy to be on pole here at home. It's nice to see a Red Bull car first here.

"The lap, when you look at the track you think there are not many corners, but the corners you have are quite difficult. It's a small track but it's hard to get a good lap out of it. The first lap in Q3 was not too bad. It's never perfect, but it was good enough."

Looking ahead to race day, Verstappen said: "It's never easy – I wish sometimes it was easy. I'm sure again it will be very tight. Hopefully again it will be as interesting as it was in France."

Verstappen won after an undercut as he delivered victory last weekend at the French Grand Prix. Hamilton took second place there, with Sergio Perez third and Bottas fourth.

Bottas said his grid penalty this weekend was "a shame", adding: "It's a new day on Sunday with a race ahead and anything is possible." 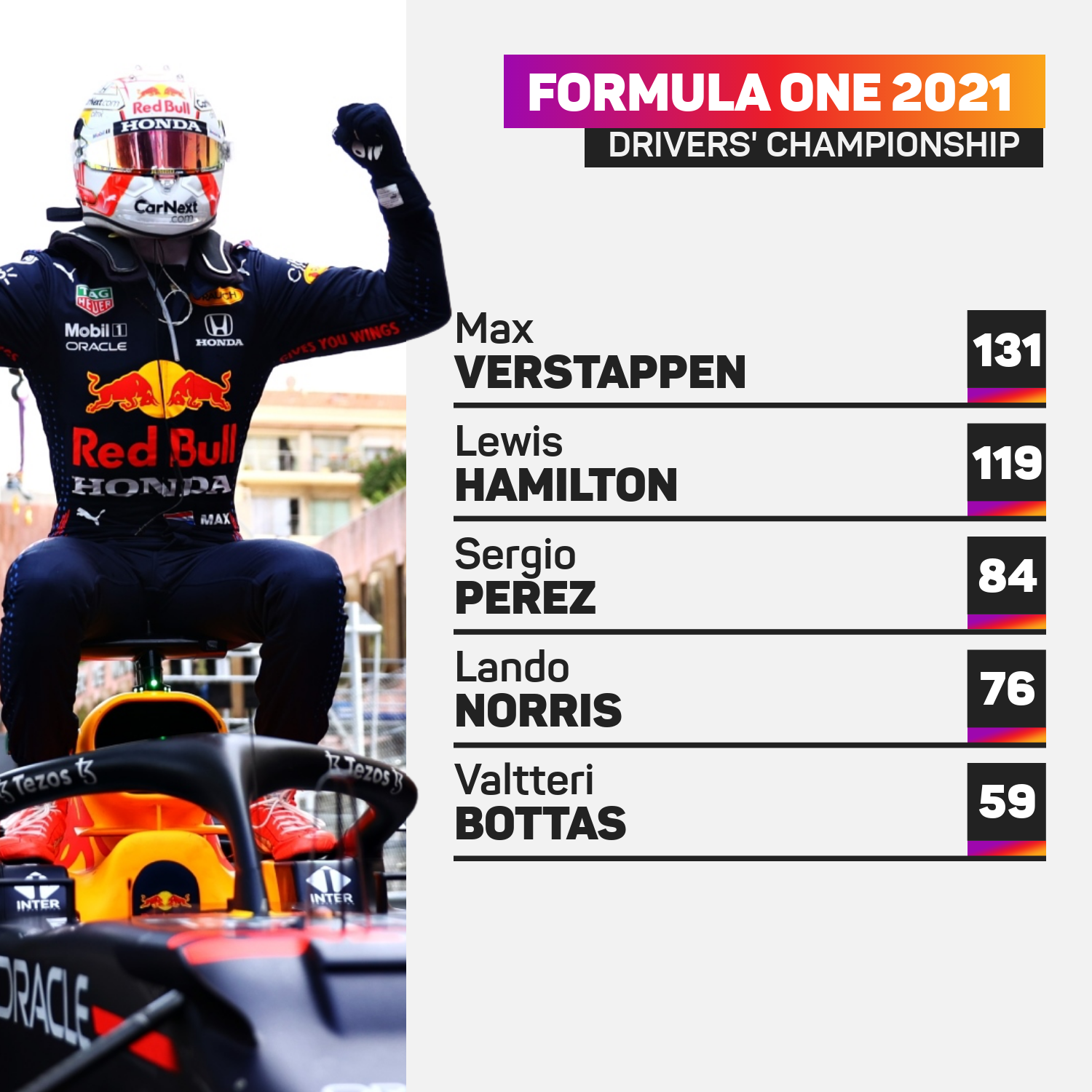 Carlos Sainz and Charles Leclerc struggled for pace with Ferrari in qualifying, and Sainz was bumped out of the top 10 close to the end of Q2, qualifying only 12th quickest.

Sainz still qualified ahead of Daniel Ricciardo and Sebastian Vettel – 13th and 14th respectively – with George Russell just a sliver away from making it through to Q3. Williams driver Russell was 11th, a mere 0.008 seconds behind Lance Stroll's Aston Martin.