Lando Norris described his "epic" second place in qualifying for the Austrian Grand Prix as one of the best laps he has driven in Formula One.

McLaren are back on the front row for the first time since 2012 after Norris incredibly finished just 0.048 seconds behind Max Verstappen, marginally missing out on a historic pole.

Verstappen became the first F1 driver to win three times at the Red Bull Ring as he beat Lewis Hamilton to victory last time out.

Having also won in France, the Dutchman looks well placed to make it a treble.

He was boosted as his team-mate Sergio Perez qualified third, meaning the two Mercedes of Hamilton and Valtteri Bottas were left in fourth and fifth respectively.

George Russell – reportedly in the running to drive for the German team next year – took a brilliant ninth for Williams on a day of surprises.

Verstappen – unhappy with his team for the position he was put out in the running order in Q3 – could not improve in his second run, giving surprise challenger Norris the chance to come agonisingly close to pole.

But Verstappen has shown impressive form this weekend and it continued with another strong result, even if Norris was understandably attracting the attention after Saturday's session.

"I feel epic!" Norris said to Sky Sports. "It's one of the best laps I've done – I'm really happy with P2, my best qualifying in Formula One.

"One of my best laps in Formula One. It's a good feeling, so I'm looking forward to Sunday.

"It feels pretty cool. After the last race I wanted to take one more step [after qualifying fourth] – but we went two more!

"It's nice to be in a good position for Sunday. I don't know how far I was off pole, bit gutted I didn't get pole – Sunday will be tough but we did the best job we could." 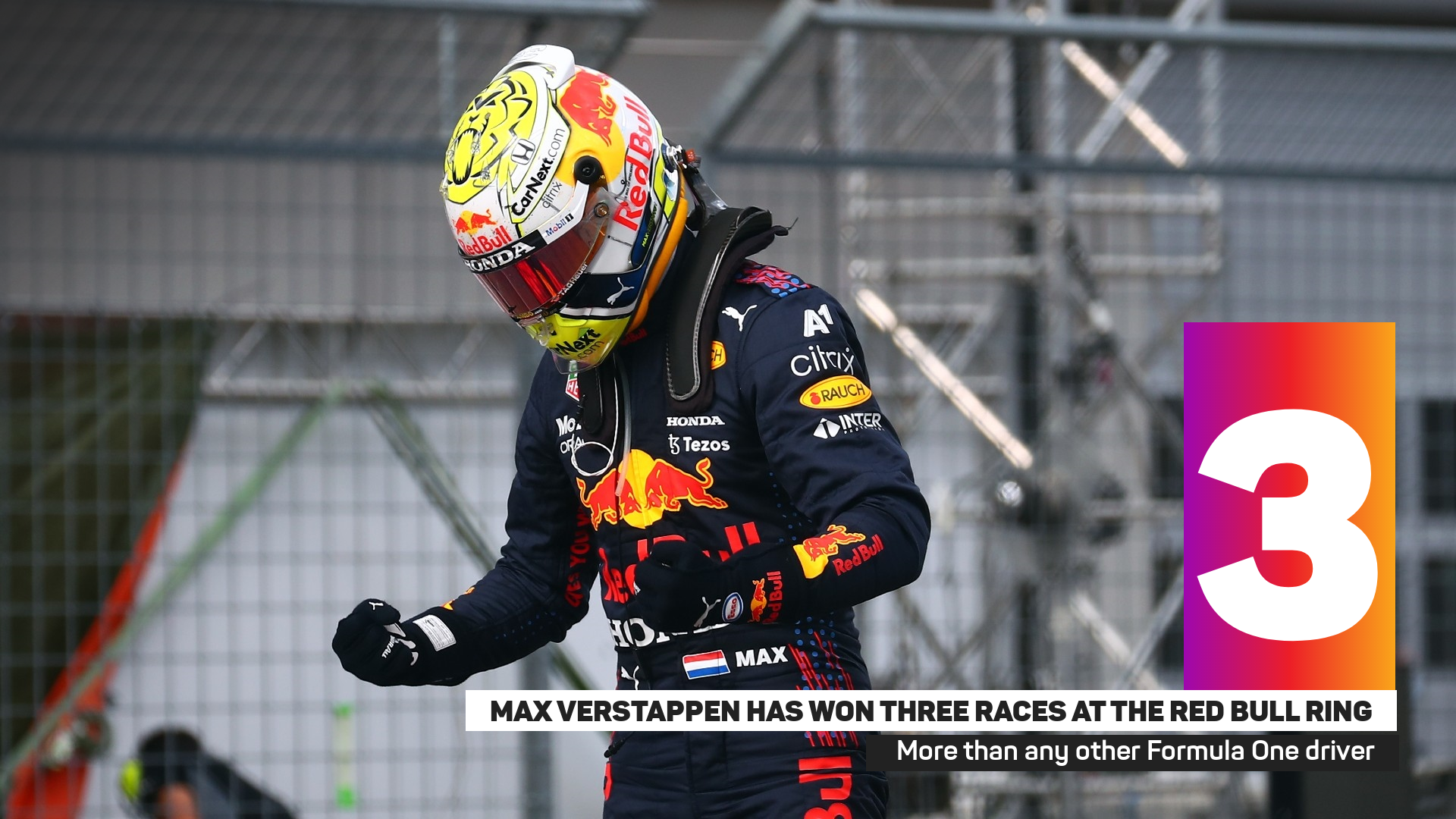 After a third straight pole and his fourth overall in 2021, Verstappen warned victory would not come easily as he looks to extend his 18-point lead in the drivers' standings.

"I think Q3 was pretty bad. Of course I'm happy to be first but not the way we got it," he said.

"Pole again is good. Hopefully we can finish it off on Sunday – it is never straightforward though.

"Softer compounds compared to last week, so it will be tough to manage those in the race but aside from that, we'll just try to focus on our own race and of course, we'll try to win it."

Both Ferraris and Fernando Alonso – who was angry at being held up by Sebastian Vettel in an incident that could result in a grid penalty – all missed out on progression from Q2.

It meant Yuki Tsunoda and Vettel were able to claim seventh and eighth, with Lance Stroll taking the last spot in the top 10 behind the impressive Russell.

Perez claimed third for Red Bull having initially looked poised to start further down the order after his first Q3 run.

"It's been a hard weekend up to now," the Mexican explained. "We have been chasing the balance and just exploring the car.

"It didn't come easy. It was very hard work – harder than you think.

"In the end we got a good lap and we have a good position. I believe we have got a better race car than qualifying."

Six consecutive top-five finishes have put Perez third in the championship prior to the ninth race of the campaign, with Norris fourth in the standings ahead of Bottas and Charles Leclerc. 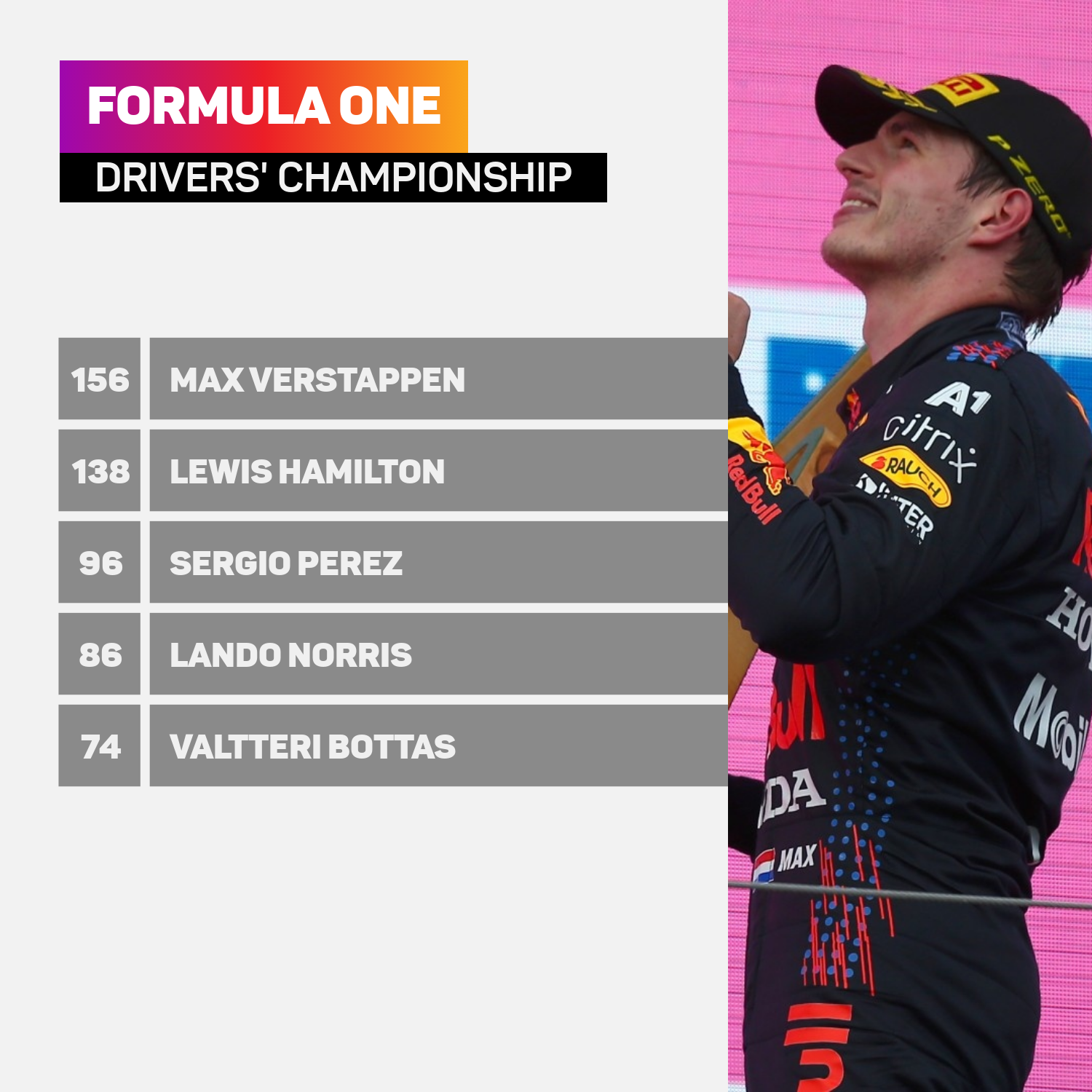 Officially known as "Day 0", the Olympics are finally underway, here's a summary of the goings on in Tokyo.

Scepticism still reigns supreme over Tokyo 2020. It remains to be seen if the Games can truly act as a unifier.