Brazil will meet the winner of the Argentina-Colombia semi in Saturday's decider at the iconic Maracana and Neymar is eyeing a blockbuster showdown with La Albiceleste.

South American rivals Brazil and Argentina have not met in a Copa final since 2007, when the Selecao won 3-0.

"I have friends there, then in the final it will be Brazil [laughs]." 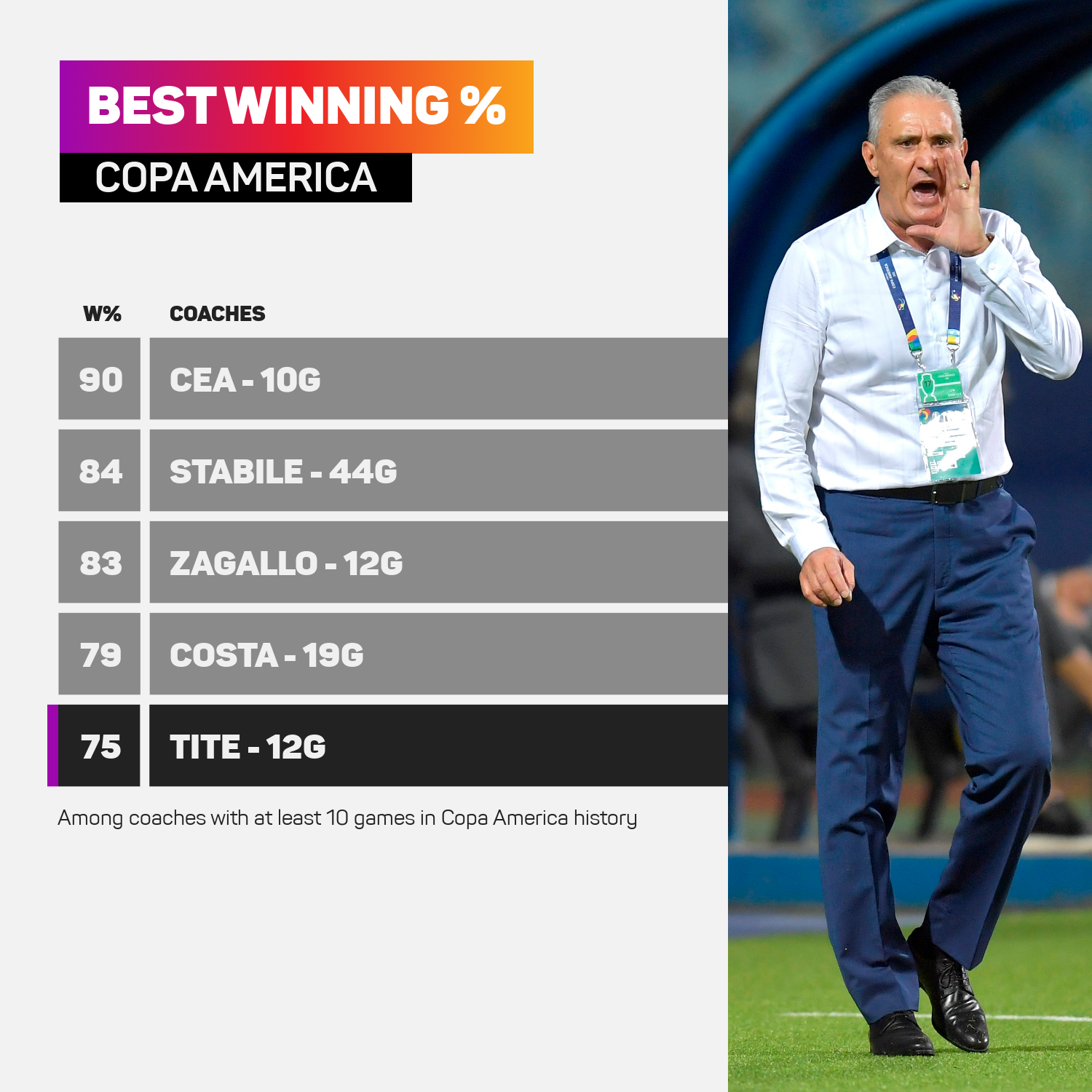 Neymar was impressive throughout at Estadio Nilton Santos, attempting a team-high four shots to go with two key passes and the decisive assist.

The Paris Saint-Germain forward was also fouled three times. No player has been fouled more often than Neymar (25) during this year's CONMEBOL tournament.

The 60-year-old has the fifth-best winning percentage among coaches with at least 10 games in Copa America history – 75 per cent.

Since his appointment in 2016, Brazil have kept 42 clean sheets in 60 games under head coach Tite across all competitions (70 per cent).

After the game, however, Neymar took aim at Chilean referee Roberto Tobar, saying: "The referee cannot do what he did. It's a lack of respect for all the players, the way he talks, the way he looks, what he says on the field to the players.

"From the very first minute I went to talk to him, and he was very arrogant. Everyone is saying that, I think it's not normal for both teams to complain.

"Not the way he whistled the match. He can make mistakes, that's part of it, but the arrogance he had in that match... For me, he can't be a referee in a Copa America semi-final."

Just like the quarter-final, Paqueta scored the winning goal for Brazil – who are now eyeing their 10th Copa crown.

Paqueta has scored in back-to-back appearances for Brazil in all competitions for the first time in his career.