Wimbledon: Djokovic hungry like the wolf as Kudla threat is chased off

Novak Djokovic spoke of his tough upbringing in Serbia after reaching the last-16 stage at Wimbledon.

Novak Djokovic drew on "wolf energy" as he fended off American Denis Kudla to reach the Wimbledon fourth round.

Qualifier Kudla broke the Serbian's serve twice and kept it a largely tight contest, showing the form that took him to the fourth round six years ago.

After roaring to glory at the Australian Open and French Open, Djokovic could become just the second player in history to win all four grand slams and an Olympic gold medal in the same year, after Steffi Graf's 1988 feat.

There can be no easy sauntering to glory on that scale, so after a pair of relatively easy wins over Jack Draper – albeit after a first-set hiccup – and Kevin Anderson, this was more of a taxing clash that could benefit Djokovic in the long run.

Kudla was gifted a 3-0 lead in the third-set tie-break as Djokovic twice double-faulted, but he could not capitalise, chopping a pair of poor drop shots on the way to allowing his opponent to gain the upper hand.

A solid overhead gave Djokovic a first match point, which the five-time Wimbledon champion squandered with a forehand into the net. He soon had a second though, and Djokovic, defending his 2019 title this fortnight after last year's tournament was cancelled, displayed stunning defence on the baseline before Kudla netted on the forehand.

The world number one then spoke of how growing up during the Yugoslav Wars in the 1990s had hardened him for a career in sport, when asked at courtside what gave him such a drive to win.

"I think part of it is genes. My family, the way I've grown up in difficult times during the nineties for my country," Djokovic said on the BBC.

"Failure was never on option, For me or anybody for my family. We had to find a way to find the basic needs for us to survive. During those times it was difficult and that has strengthened my character, I would say. 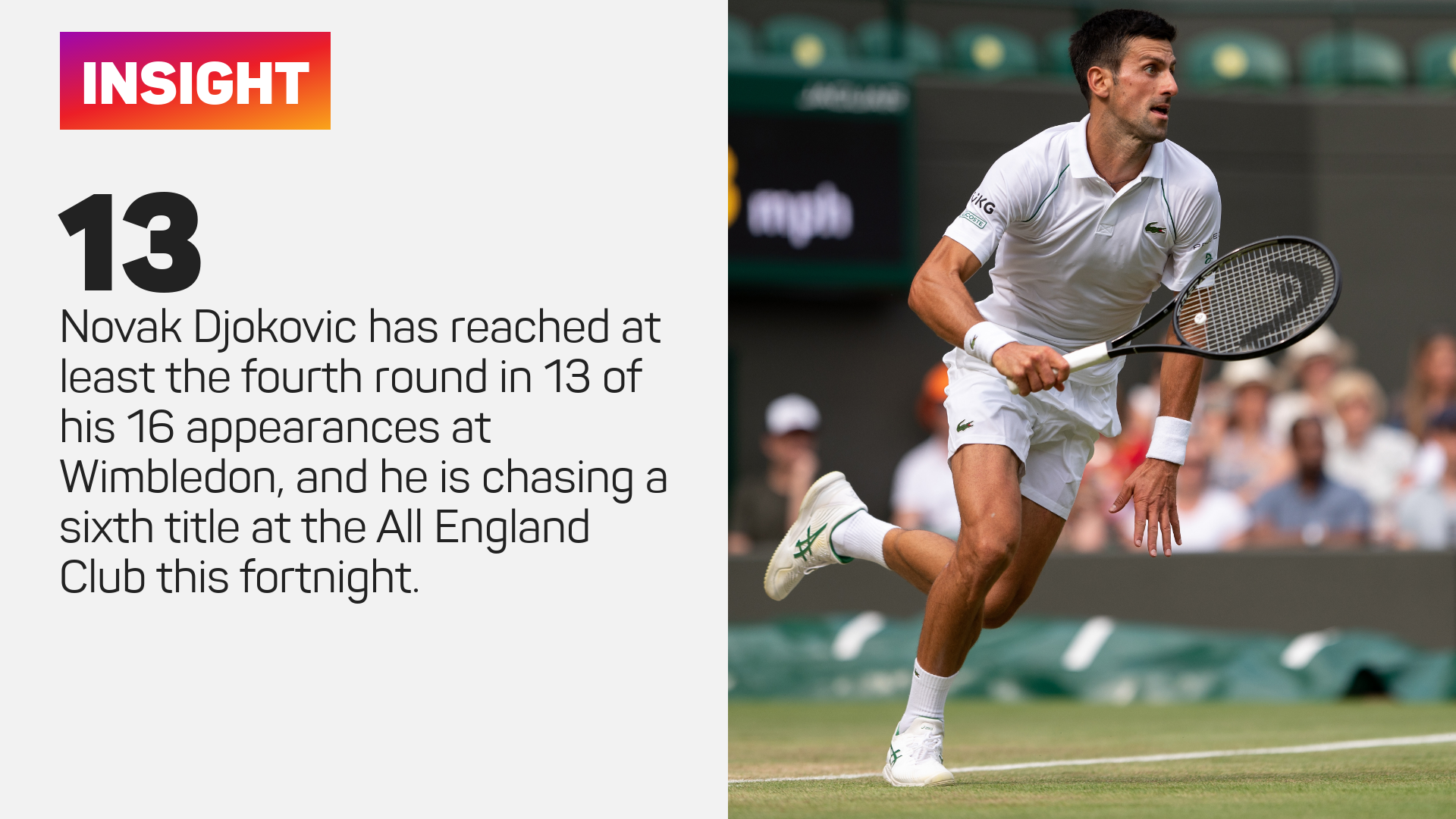 Kudla is no stranger to SW19 success, given his 2015 run that was ended by Marin Cilic. And with Djokovic only landing 54 per cent of first serves in court across the contest, that might have opened a door for the American here. Yet Kudla was also struggling with his first delivery, putting just 47 per cent of his first serves into play, and few could hope to beat Djokovic with such a low percentage.