Lewandowski back in full training with Bayern

Forced to sit out the Champions League exit to Paris Saint-Germain, Robert Lewandowski is nearing a return for Bayern Munich.

Bayern's superstar striker has not played since Poland's 3-0 World Cup qualifying win over Andorra on March 28.

But after nearly a month out, the club confirmed on Wednesday Lewandowski "completed the majority of full training", with coach Hansi Flick optimistic he could feature at Mainz on Saturday.

Bayern also had Serge Gnabry, returning from coronavirus, and Corentin Tolisso, out since February with a thigh injury, back in light training.

The defending Bundesliga champions can clinch another title this weekend and would be delighted to welcome back Lewandowski.

Despite missing several weeks, the 32-year-old still leads all players in Europe's 'top five' leagues in goals (42) and goal involvements (50) in all competitions.

Lewandowski has scored with 28.8 per cent of his shots across 36 matches, although he has also missed 25 Opta-defined 'big chances'. Only Duvan Zapata (29) and Cristiano Ronaldo (27) have squandered more, though this is likely down to the sheer number of chances that come their way.

Of his goals, 35 have come in the Bundesliga, putting Lewandowski just five shy of Gerd Muller's 1971-72 record of 40, albeit now with only four games remaining.

The domestic competition will be Lewandowski's sole focus after Bayern exited the Champions League to Paris Saint-Germain on away goals in his absence.

Lewandowski was badly missed as Bayern scored just three goals from 45 shots and eight 'big chances' over the two legs. In the 3-2 home defeat, their 31 attempts were worth 3.8 expected goals, meaning they should have netted roughly twice as many they did. 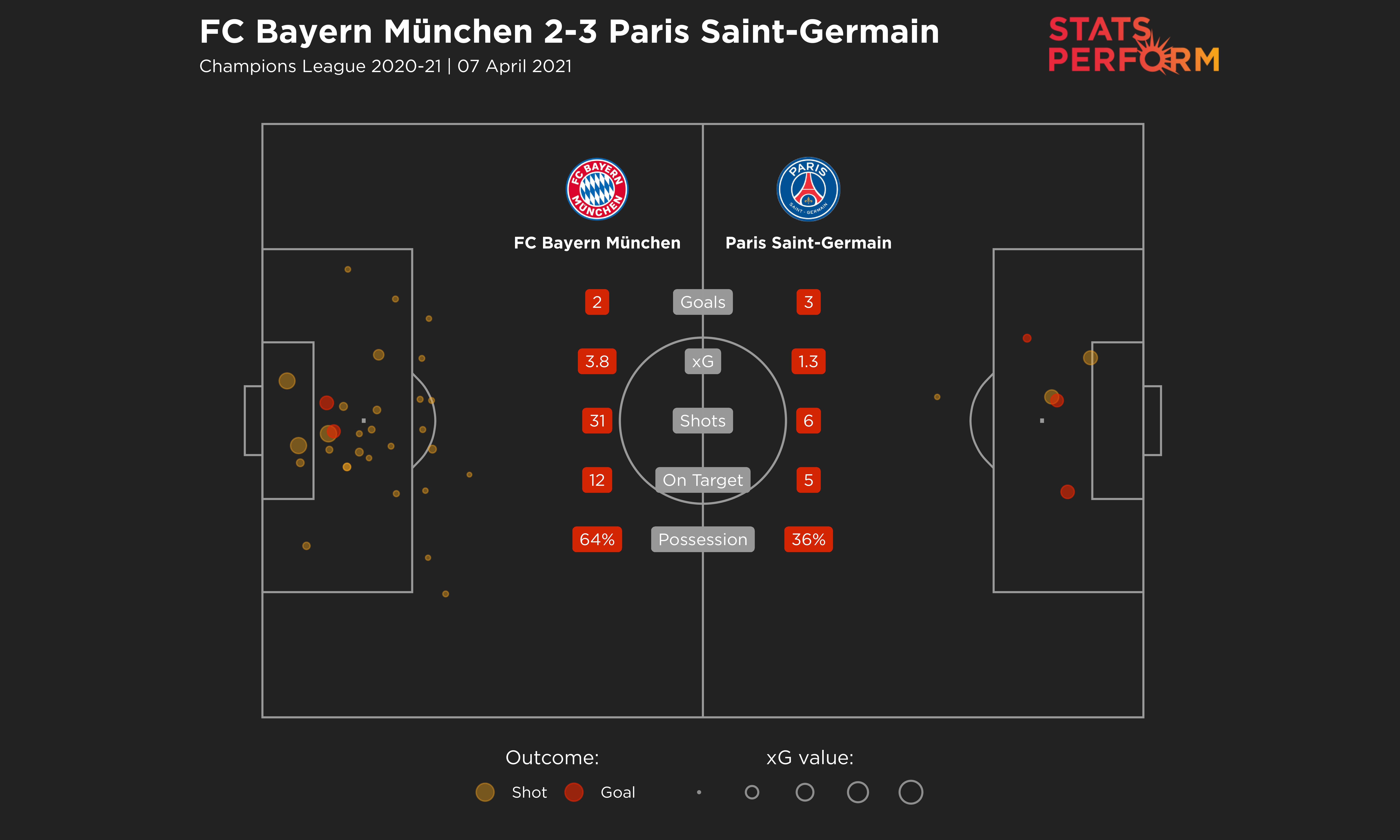 Not since Galatasaray lost 4-1 to Arsenal in December 2014 despite 32 efforts had a team been beaten while attempting 30 shots or more in a Champions League game that did not go to extra time.

Back-up Eric Maxim Choupo-Moting scored home and away against his former club, however, and had four goals in six games while Lewandowski was out.

Only Gerard Moreno (six), Kylian Mbappe and Memphis Depay (both five) in the 'top five' leagues netted more in all competitions over this period.

Next week marks the one-year anniversary of Thomas Tuchel's arrival at Chelsea, and Stats Perform has reviewed the numbers of his 12 months.

Sepp Blatter has publicly criticised his successor, saying he is "not a good president".

Jose Mourinho has only been in charge at Giallorossi for eight months but been linked with a return to England.

Kerr accepts blame for shock defeat to Pacers: 'This was my night to stink it up'

The Golden State Warriors lost 121-117 to the Indiana Pacers on Thursday and Steve Kerr claimed his side were not prepared for the game.

Doncic 'sore' but optimistic that neck injury is not serious

Lee Zii Jia will not be registered by the Badminton Association of Malaysia (BAM) for badminton competitions for two years following his recent resignation.