'What more can I ask for?' – Suarez overtakes Messi as record scorer in South American World Cup qualifiers

Lionel Messi has been overtaken by Luis Suarez at the top of the charts for goals scored in South American World Cup qualifiers.

Luis Suarez reflected on a "special night" after overtaking Lionel Messi as the top-scoring player in South American World Cup qualifiers during Uruguay's win against Chile.

The Atletico Madrid striker scored an impressive bicycle-kick to open the scoring in Tuesday's contest before Federico Valverde added a late second in the 2-0 victory.

That goal sealed a third-placed finish for Uruguay behind Brazil and Argentina as La Celeste qualified for the World Cup for a fourth edition running, and a fifth time in six attempts.

Suarez has now found the net 29 times for his country in 62 World Cup qualifiers, one goal more than Messi having played two games more.

Next on the list is Bolivia striker Marcelo Moreno, who has 22 goals in 58 games, followed by Chile's Alexis Sanchez (20 in 56) and Argentina great Hernan Crespo (19 in 33). 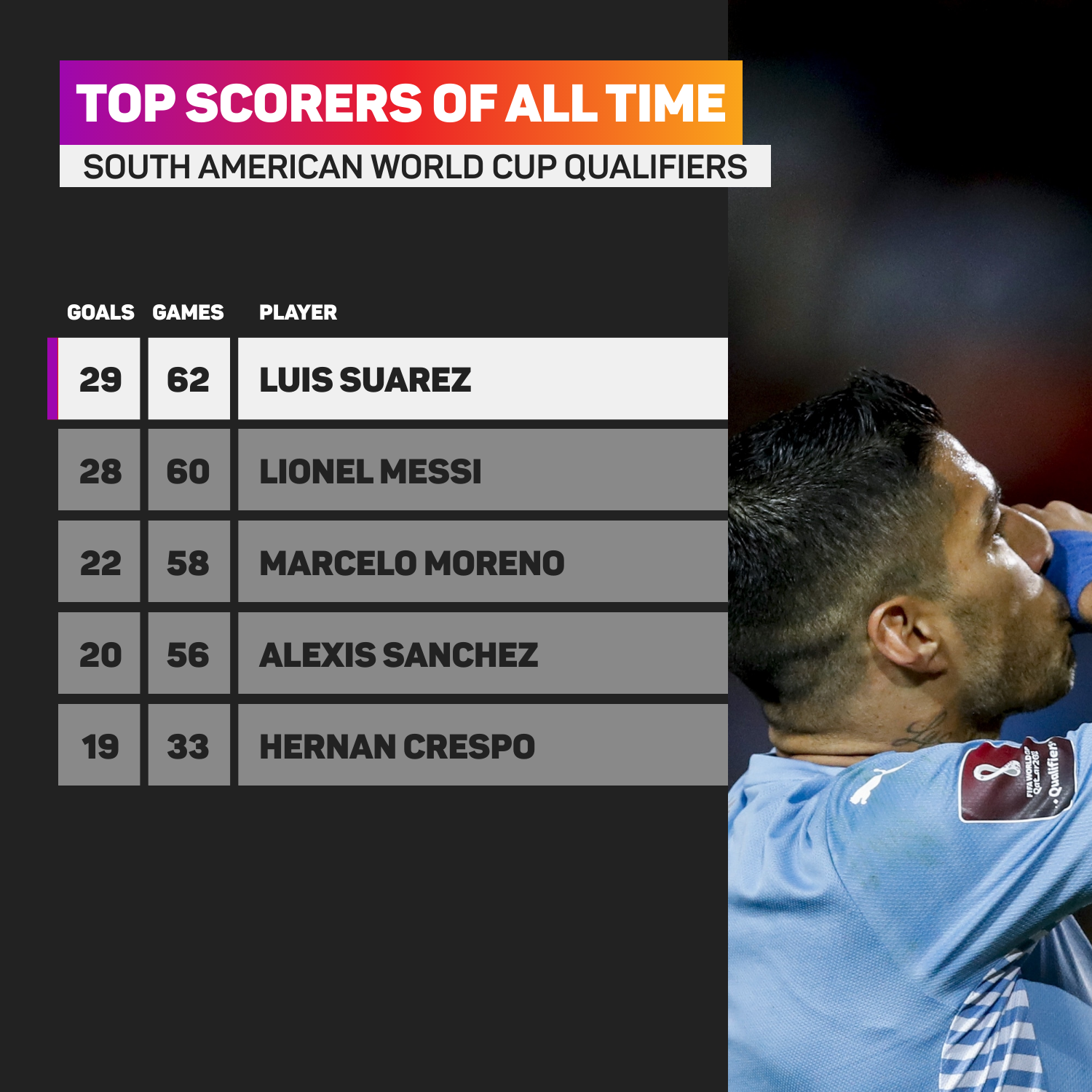 Former Barcelona striker Suarez posted an image of himself with his match shirt on the back of the victory – Uruguay's fourth in a row under new head coach Diego Alonso.

That is their best run since an identical streak between March and June 2019 under former boss Oscar Tabarez, who was in charge for 15 years before leaving last November.

"Special night, special match, special shirt and with a goal," Suarez posted. "What more can I ask for to live unique and unforgettable moments with my country?"

Uruguay will learn their World Cup group opponents on Friday, along with fellow South American participants Brazil, Argentina and Ecuador.

Fifth-placed Peru must come through an inter-confederation play-off against either Australia or the United Arab Emirates in June.

As for Suarez, he is set to return to club duty on Saturday when Atletico host Deportivo Alaves in LaLiga.