Antony found the net against Arsenal on his Premier League bow, but Erik ten Hag feels there is more to come from the Brazil international.

Erik ten Hag hailed Antony as Manchester United's "missing link" after the forward marked his debut with a goal in Sunday's 3-1 win over Arsenal.

Antony only arrived from Ajax in an £86million (€100m) deal on Thursday but slotted straight into United's starting line-up in place of Anthony Elanga at Old Trafford.

Having already shown glimpses of promise early on, Antony required just 35 minutes to score his first goal for the club after being played in by Marcus Rashford.

The 22-year-old became the ninth Brazilian to represent United in the Premier League, and the first to mark his maiden appearance in the competition with a goal.

While pleased with an encouraging first display from Antony, Ten Hag insisted there will be more to come once the attacker fully settles into his new surroundings.

"I think we've all seen what a threat Antony is. His speed and creativity can be a real threat in the Premier League," Ten Hag, who coached the Brazilian at Ajax, told Sky Sports.

"We missed a player on the right wing, because all the players who can play there, like Jadon Sancho, like Marcus Rashford, they prefer more the centre or the left side.

"Now we have the one who can play really well over on the right wing. That was a missing link. Today, his first performance here, he did well but I think he can step up.

"I know him from Amsterdam and I know this is a different league, but there is potential and he will be even more of a threat to opponents than he was today." 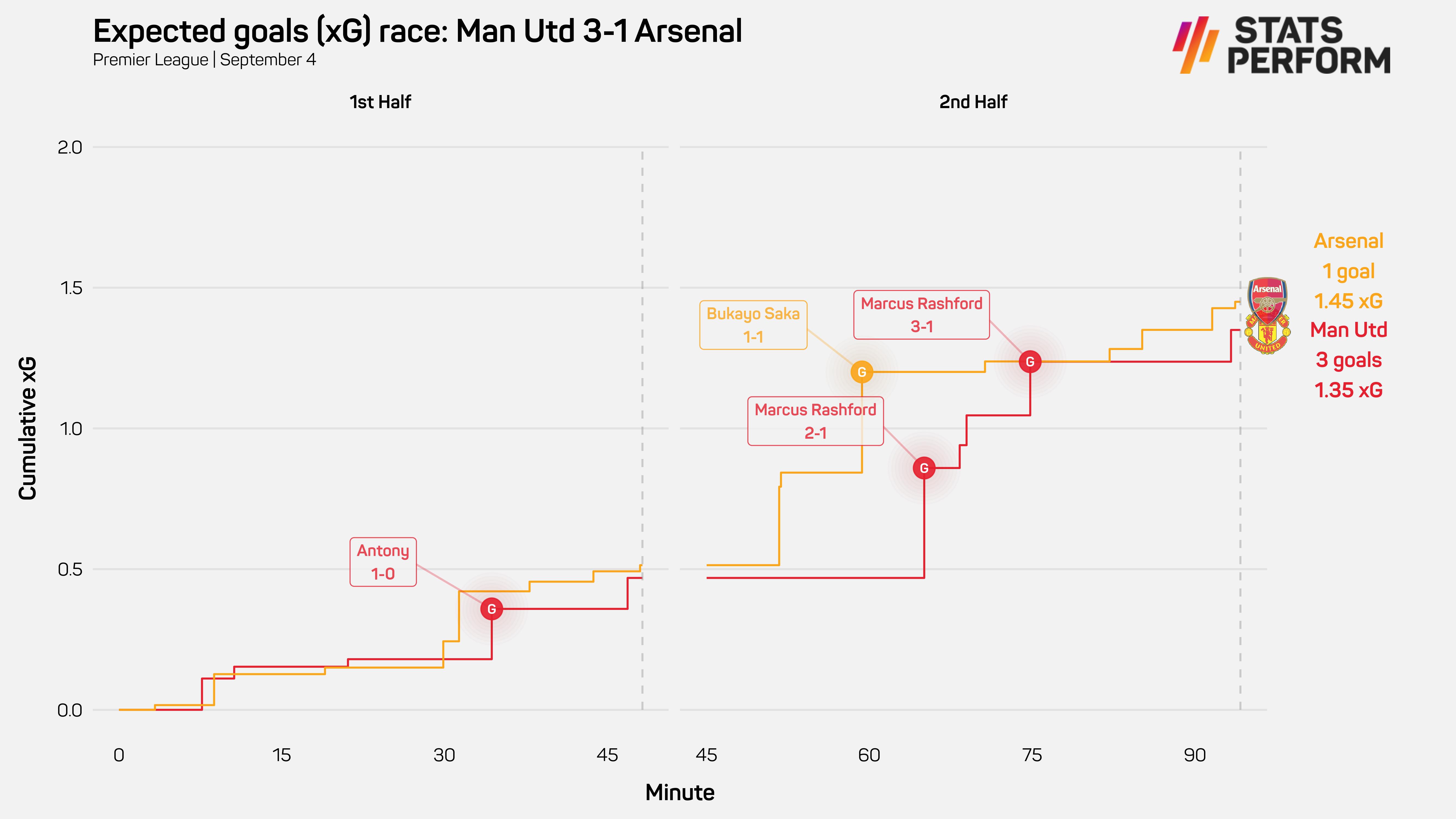 Rashford set up Antony's strike and then scored two goals of his own after Bukayo Saka had temporarily levelled things up for Arsenal.

It is the first time since October 2020, against Newcastle United, that Rashford has both scored and assisted in a single Premier League match.

United have now won four top-flight matches in a row for the first time since April 2021, and Ten Hag was encouraged by the spirit shown by his side in their latest victory.

"We are happy and satisfied with the win, and also with the performance against a really good team – they played really well," Ten Hag told BBC Sport.

"The spirit from this team, they can deal with setbacks, so we did. It is really great and shows your mentality – we have really improved on that.

"We have the right characters and now it is about cooperation, dealing with setbacks but also improving – we have to stay calm, stay composed and play our game.

"You can see that Arsenal are more together, have more routines, but our team spirit brought us the win. We can still do things better, especially with pressing.

"We can be more composed on the ball and not give it away. When we got beat in the press we fought back and recovered, especially in transitions we were good."