Martinez's heroics has Messi on cusp of coveted Argentina crown

Lionel Messi has another chance to claim his first international title with Argentina, who reached Saturday's final.

When you take a look at Lionel Messi's trophy cabinet, there isn't much missing.

No player in Barcelona's history has won more titles than Messi at Camp Nou – 10 LaLiga trophies and four Champions League crowns among his club-record haul of 34 pieces of silverware.

That's even before you get to his individual accolades and records… six Ballons d'Or to go with being Barcelona and Argentina's all-time leading goalscorer among other things.

But there is one glaring absence in Messi's trophy cabinet – a senior international title with Argentina. Unlike legendary countryman Diego Maradona and even Portuguese foe Cristiano Ronaldo, Messi has never conquered the international stage.

Regarded as one of, if not, the greatest footballer of all time, yet Messi has often been the bridesmaid and never the bride with La Albiceleste following three runners-up medals at the Copa America in 2007, 2015 and 2016, while he was left heartbroken in the 2018 World Cup decider.

Such is the pain, there's also been periods of international retirement for Messi. The 34-year-old debating whether to shoulder the load of another drought-ending quest for Argentina, dating back to the 1993 Copa America.

But, thanks to Emiliano Martinez and his heroics, Messi's coveted dream of international glory remains alive as the superstar prepares for a fifth final in Argentina colours. 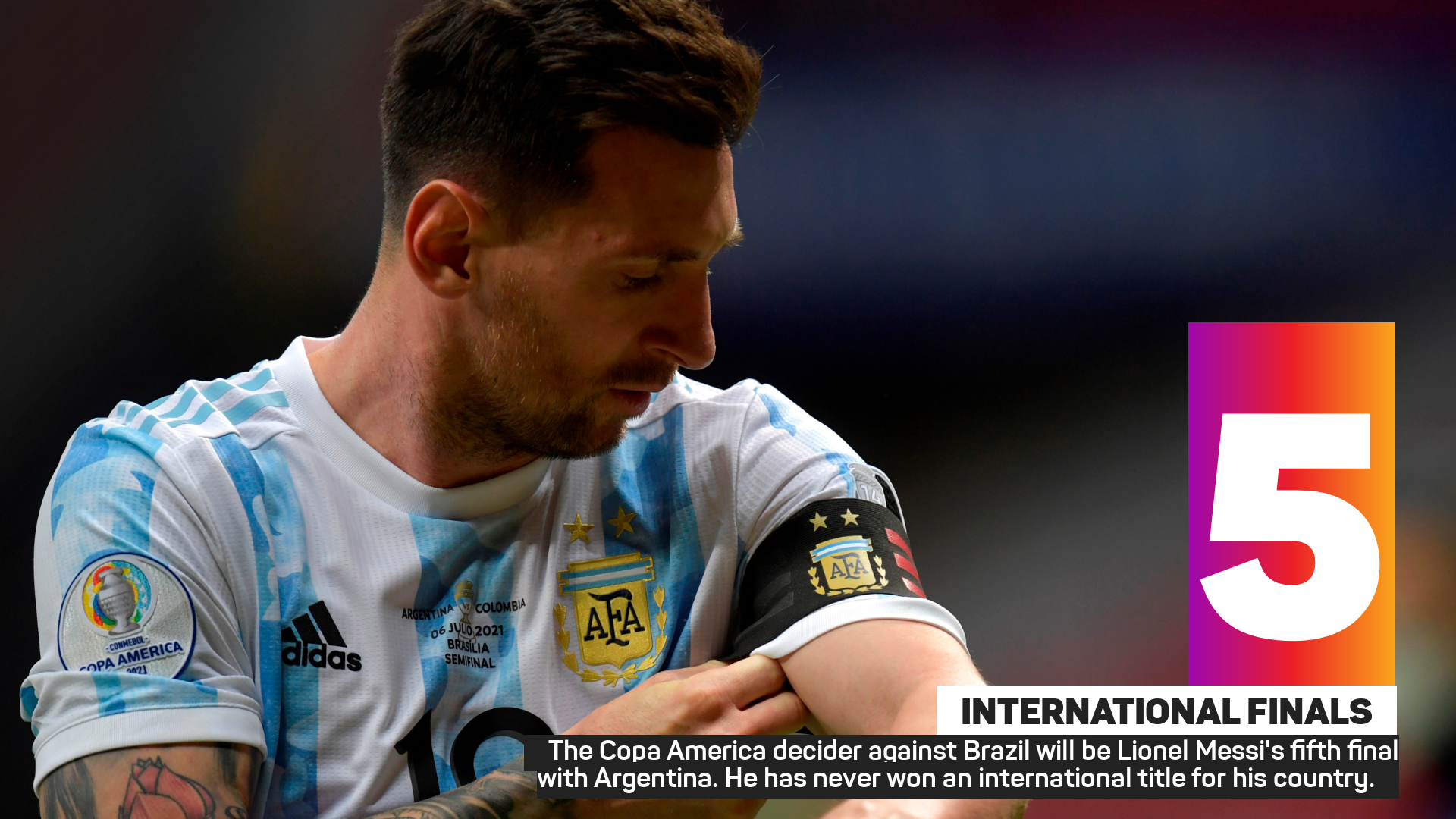 Martinez saved three penalties in the shoot-out to send Argentina through to Saturday's showpiece against defending champions and rivals Brazil at the iconic Maracana after Tuesday's clash with Colombia ended 1-1.

Argentina goalkeeper Martinez came up big when his country needed him most, saving penalties from Davinson Sanchez, Mina and Edwin Cardona. It was the third shoot-out between Argentina and Colombia in Copa history, with the former winning all of them.

Prior to Martinez's herculean effort, magical Messi had pulled the strings for Argentina.

Messi was brilliant from the outset, the superstar dancing past three players before picking out Lautaro Martinez, but the latter's header sailed just wide of the post in the fourth minute.

Not heeding Messi's initial warning, the most-capped player in Argentina's history did create the opening goal three minutes later – twisting away from Mina before lifting his head to find Lautaro for his fifth assist of this year's tournament.

It was a sign of things to come from Messi, who ended the opening half with a flawless passing accuracy – 100 per cent. 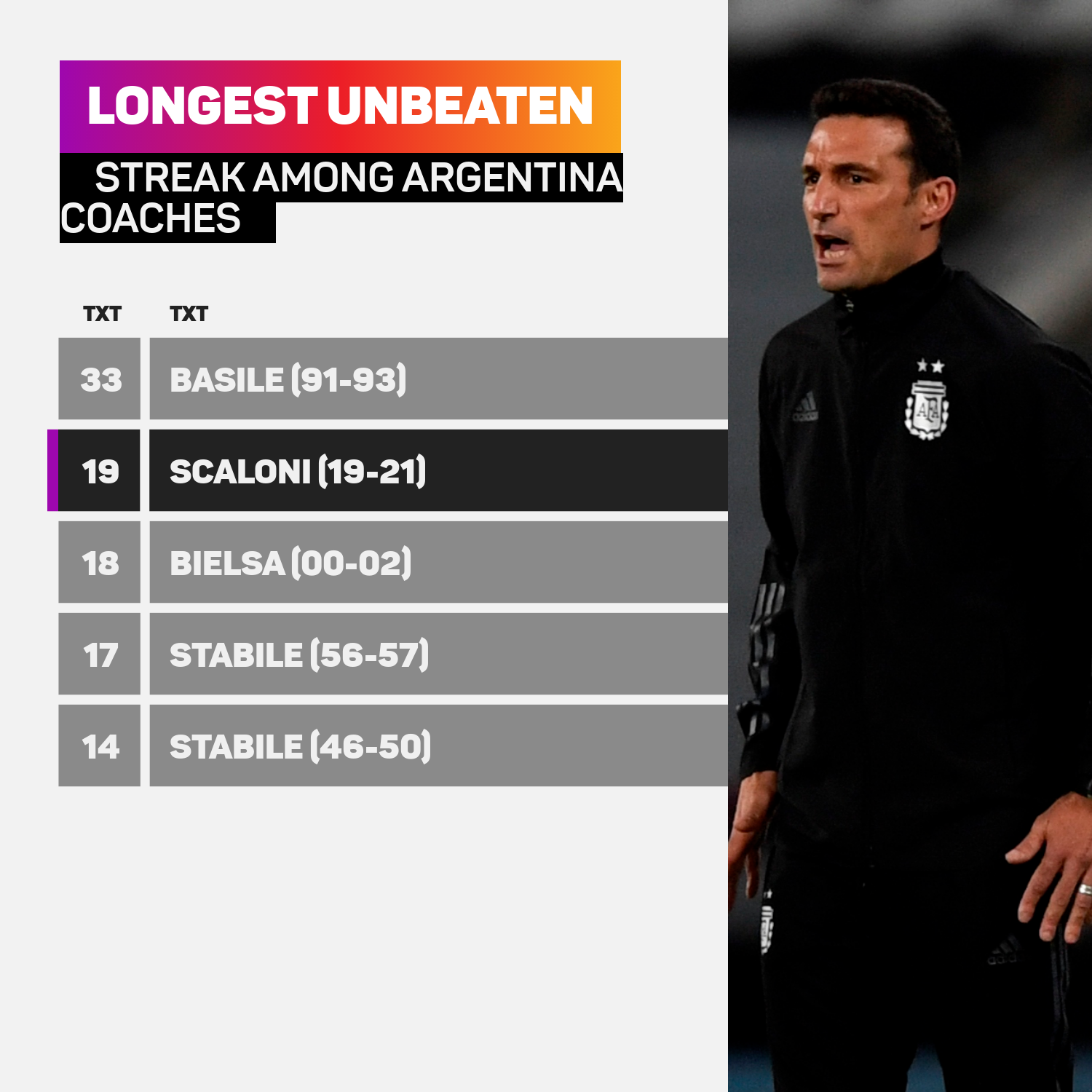 As has so often been the case during the tournament, Argentina fell away following a bright start and Colombia were unfortunate not to equalise. However, Messi – unsurprisingly – continued to be at the heart of his team's best moments.

The conductor of Argentina's orchestra, Messi was almost unstoppable – it took a third Colombia defender to hack him down. Messi then saw his shot hit the woodwork with nine minutes remaining.

He finished with a team-high key passes and a joint team-best three shots against Colombia. Since 2011, Messi is the Argentina player with the most duels of the ball – averaging 15.7 per game after being involved in 26 in the semi-finals.

Argentina has been the source of great anguish for Messi. But, Lionel Scaloni's men are riding the wave of 19 matches without defeat, dating back to the 2019 Copa semi against Brazil. It is the second longest unbeaten streak among Argentina head coaches, only behind Alfio Basile (33 between 1991 and 1993).

It seems somewhat fitting that Messi – amid talk of a possible seventh Ballon d'Or – has the chance to cap his remarkable career with an international prize against the Selecao in Rio de Janeiro.