Anthony Martial had a stop-start season in 2020-21, but the Manchester United forward is confident he will get back to his best.

Manchester United forward Anthony Martial is confident he will rediscover his best form this season after an injury troubled 2020-21 campaign.

Martial missed the end of the previous season and then failed to make France's Euro 2020 squad due to a knee injury sustained in March.

The 25-year-old – signed from Monaco in 2015 – scored seven goals from 36 appearances in all competitions last season, helping United to 21 wins.

Martial's goal tally was the fewest he has managed in a season since joining United, while a figure of 29 chances created also represents his lowest creative output during his Old Trafford career to date.

With United bolstering their attacking ranks with the arrival of Jadon Sancho from Borussia Dortmund, Martial has been linked with a move away from the club, Serie A champions Inter – who appear to be on the verge of selling Romelu Lukaku to Chelsea – rumoured as a potential destination.

However, reports have also suggested United have no intention of selling Martial, who is intent to make up for lost time.

"I am feeling a lot better after five long months," Martial, who made his first appearance of pre-season in Saturday's 4-0 thrashing of Everton, told United's official website.

"Getting back together with the team and training with them again, I really feel a great improvement. I am going to need a few more weeks to reach my top fitness levels, and I'm really happy just now to have made my return to training. 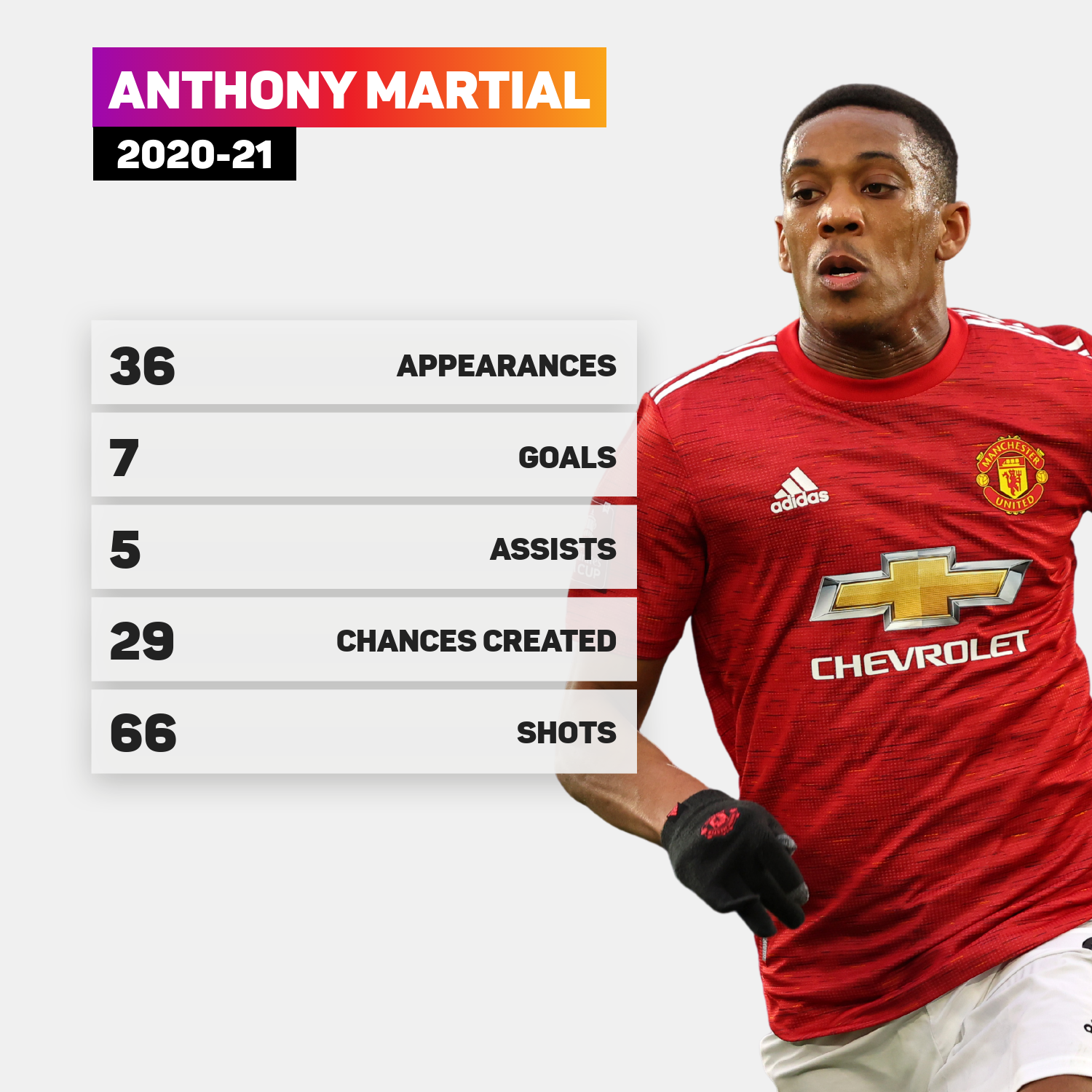 "To be honest, I was really happy to start [against Everton] after those long months without playing, it was tremendous to get back out there, especially with the fans and the win, brilliant.

"With the season I had last year, and the niggling injuries I had which prevented me from being at 100 per cent, I've since put in my best prep work, so as to be sure of coming back in the best form I can, and I hope I can get to my full fitness level as quickly as possible now, to set me up for a great season this time around.

"I hope to avoid injury, of course, and to be really ready and in top shape fitness-wise, to be able to have a great season, and win some trophies."

United kick-off their Premier League campaign at home against Leeds United on Saturday.