Manchester United's strikers in particular will welcome the arrival of new signing Christian Eriksen thanks to his creativity from midfield, according to manager Erik ten Hag.

Eriksen turned down the chance to extend his short-term deal with Brentford and instead joined United on a three-year contract last Friday.

The Denmark international made an instant impact on his return to the Premier League in the second half of last season, scoring once and assisting four more in 11 appearances.

The 30 chances he created between his Bees bow in March and the end of the campaign was bettered only by Martin Odegaard (38) and Kevin De Bruyne (42). 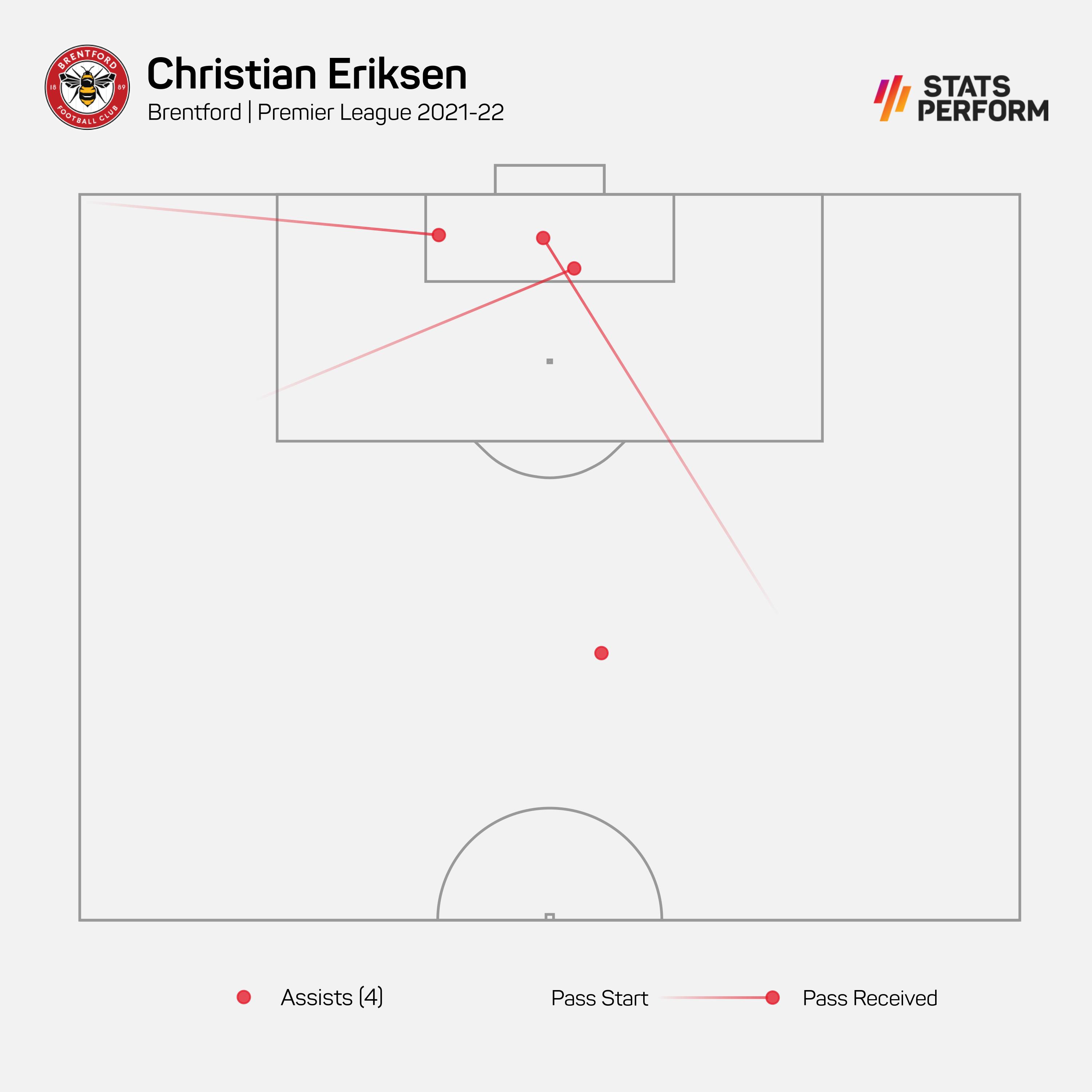 Eriksen has also previously played for Ajax, Tottenham and Inter, where his time was cut short on medical grounds after suffering a cardiac arrest at last year's Euro 2020.

He has yet to link up with his new team-mates, who are on the Australia leg of their pre-season tour, but Ten Hag believes they will benefit from playing alongside the playmaker.

"He's an experienced player. He plays in countries abroad, in Italy, in Holland, a long time in England, so he knows the Premier League," Ten Hag told United's official website.

"It's an absolute advantage that we have him in. I think he is a magnificent football player and I think the fans will enjoy watching him.

"He's creative and he has ideas. I think especially our strikers will also be happy because he's the one who can involve them in the game.

"The fact that we've got him, we have him now in our squad, tells everything, because I think we were really selective.

"It was not the point to get players in, but the right players in. I'm really happy that we succeeded with Christian Eriksen."

Eriksen created 2.88 chances per 90 minutes on average in the Premier League last season, compared to 2.57 for United's most creative player Bruno Fernandes.

Cristiano Ronaldo led the scoring charts for United in the top flight last term with 18 goals, though Fernandes (10) was the only other to register double figures. 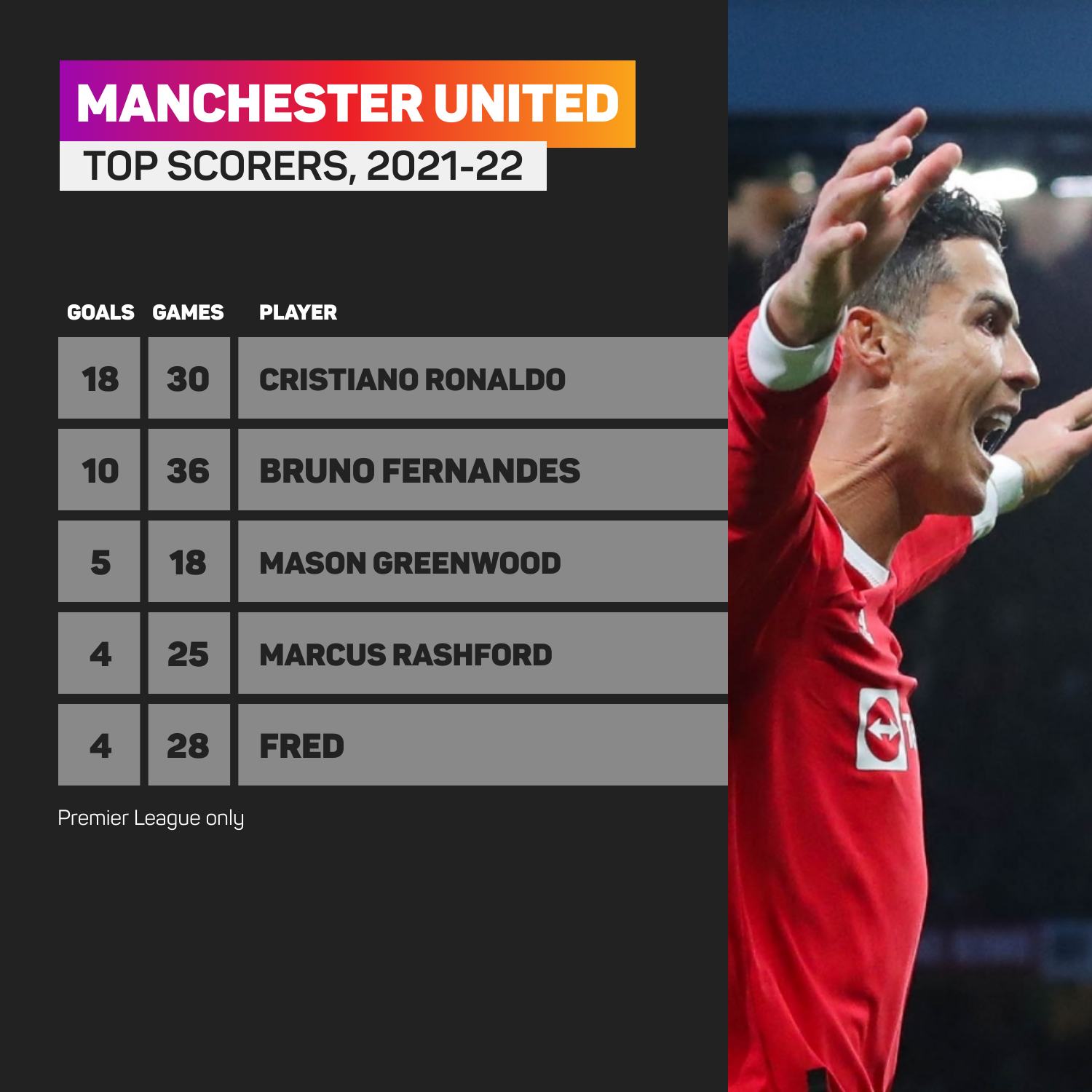 While Eriksen's arrival will help United in the final third, they have also strengthened at the back with the signing of Tyrell Malacia and the imminent arrival of Lisandro Martinez.

A £48million (€57m) agreement is in place with Ajax for Martinez, potentially rising to £56.5m (€67m), which will see the versatile defender reunite with former Ajax boss Ten Hag.

"He's a warrior and I think the fans will admire him. He has an attitude, fighting spirit," Ten Hag said when asked what supporters can expect to see from the Argentina international.

"He brings aggressiveness in the game, in a good way. I think we need that. But he's also skilful and he can deal with the ball, and he's also left-footed.

"I think the Premier League is high intensity, lots of challenges. We need such players [with fighting spirit].

"Certain ideas, he knows them. That is an advantage, clearly. But also he has to adapt, to a new country, a new club, new team-mates. So also a lot of things will be different."

Kostic expresses gratitude to Eintracht ahead of Juventus move

Filip Kostic says Eintracht Frankfurt will always hold a special place in his heart as he prepares to complete a move to Juventus.

Qatar will kick off the 2022 World Cup against Ecuador on November 20, one day earlier than originally scheduled.

Pablo Mari has returned to Italy to join Serie A new boys Monza, with the Spaniard out of favour at Arsenal.

Aguero would be surprised if City let Silva join Barcelona

Bernardo Silva would represent a superb acquisition for Barcelona, according to Sergio Aguero, though he doubts a move will happen.

Vahid Halilhodzic has been sacked ahead of a World Cup following successful qualification for the third time after Morocco dismissed him.

Kostic expresses gratitude to Eintracht ahead of Juventus move

Filip Kostic says Eintracht Frankfurt will always hold a special place in his heart as he prepares to complete a move to Juventus.

Hall of Fame coach Tom Izzo has committed to remaining with the Michigan State Spartans, with the program calling him a "Spartan for life".

Qatar will kick off the 2022 World Cup against Ecuador on November 20, one day earlier than originally scheduled.

No NBA player will wear the number six on their jersey again after the league announced it would be retired in honour of Bill Russell.

Pablo Mari has returned to Italy to join Serie A new boys Monza, with the Spaniard out of favour at Arsenal.