Patson Daka was prolific for Salzburg and will try to maintain that form as he moves to the Premier League with Leicester City.

Leicester City have signed Zambia striker Patson Daka from Salzburg after agreeing a deal reportedly worth around £23million.

Daka will join the Foxes on a five-year contract, subject to Premier League and international clearance, having enjoyed a stellar goalscoring career with the Austrian Bundesliga side.

The 22-year-old scored 68 goals in 125 games in all competitions for Salzburg, helping them to four successive league titles.

"I'm so, so excited to join this great, historic club. It has been my dream and I'm so happy and looking forward to what's coming next," Daka told LCFC.TV.

"I have followed Leicester from the time they won the league. I feel it is the perfect place for me, because it's a team that fights for titles.

"I know it's not going to be easy, but I feel ready to face this new challenge." 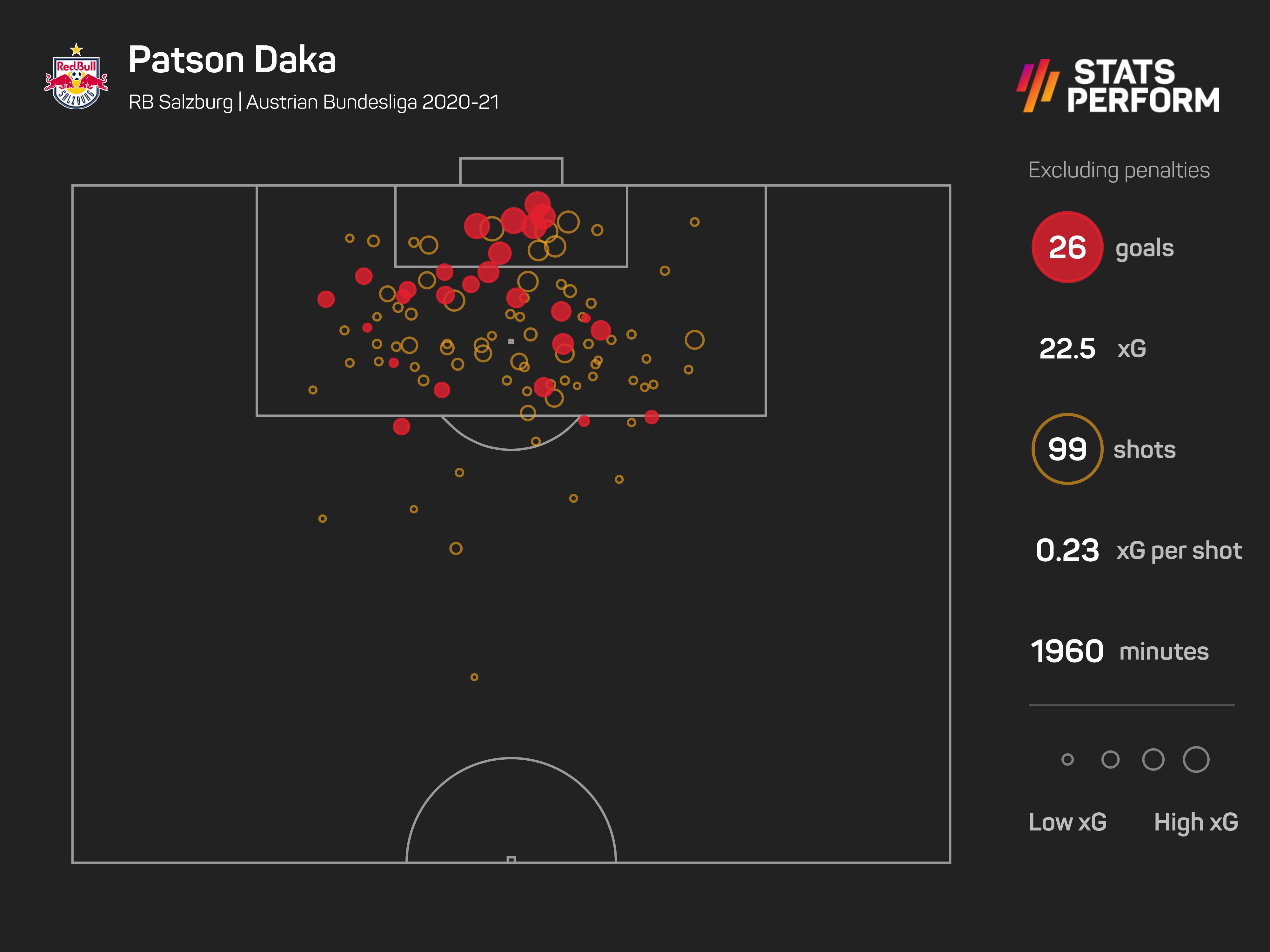 Leicester will hope Daka can continue his form from last season, which saw him score 27 goals in 28 Bundesliga games.

Only one of those goals came from the penalty spot, with Daka outperforming his Expected Goals (xG) of 22.5 by netting 26 times from 99 non-penalty attempts.

Leicester start their preparations for the new season with a friendly at Burton Albion on July 24. They will face Manchester City in the Community Shield on August 7 before their Premier League opener against Wolves a week later.

Demarai Gray is back in the Premier League after only six months away having signed for Everton in a move from Bayer Leverkusen.

Paris Saint-Germain believe they can land the France international who has one year left on his Manchester United contract.

Harry Kane has scored past Kasper Schmeichel 14 times – more than he has against any other goalkeeper in his career.

Boubakary Soumare is "proud" to join Leicester City, after the Foxes confirmed the signing of the 22-year-old midfielder from Lille.

Patson Daka was prolific for Salzburg and will try to maintain that form as he moves to the Premier League with Leicester City.

Rumour Has It: Chelsea interested in Grealish, Mbappe unhappy at PSG

Chelsea have reportedly made a breakthrough to sign Erling Haaland.

Jamie Vardy has bought a minority stake in Rochester Rhinos, who have not played competitively in four years.

Youri Tielemans would not be drawn on his club future, instead insisting his focus right now is on Euro 2020 with Belgium.