Lautaro Martinez will not leave Inter and is pleased by the return of Romelu Lukaku, his agent says.

The Argentina forward has been linked with a host of clubs as former strike partner Lukaku returns to San Siro, including Tottenham and Chelsea, with Inter's attacking ranks having the potential to be bolstered further with the addition of free agent Paulo Dybala.

However, despite considerable competition, Martinez's agent Alejandro Camano has made it clear his client will remain at the Nerazzurri and is delighted to reunite with Lukaku.

"There's a link between them, that's evident. Wearing this shirt isn't for everyone," he told Gazzetta dello Sport. "It's a great thing. 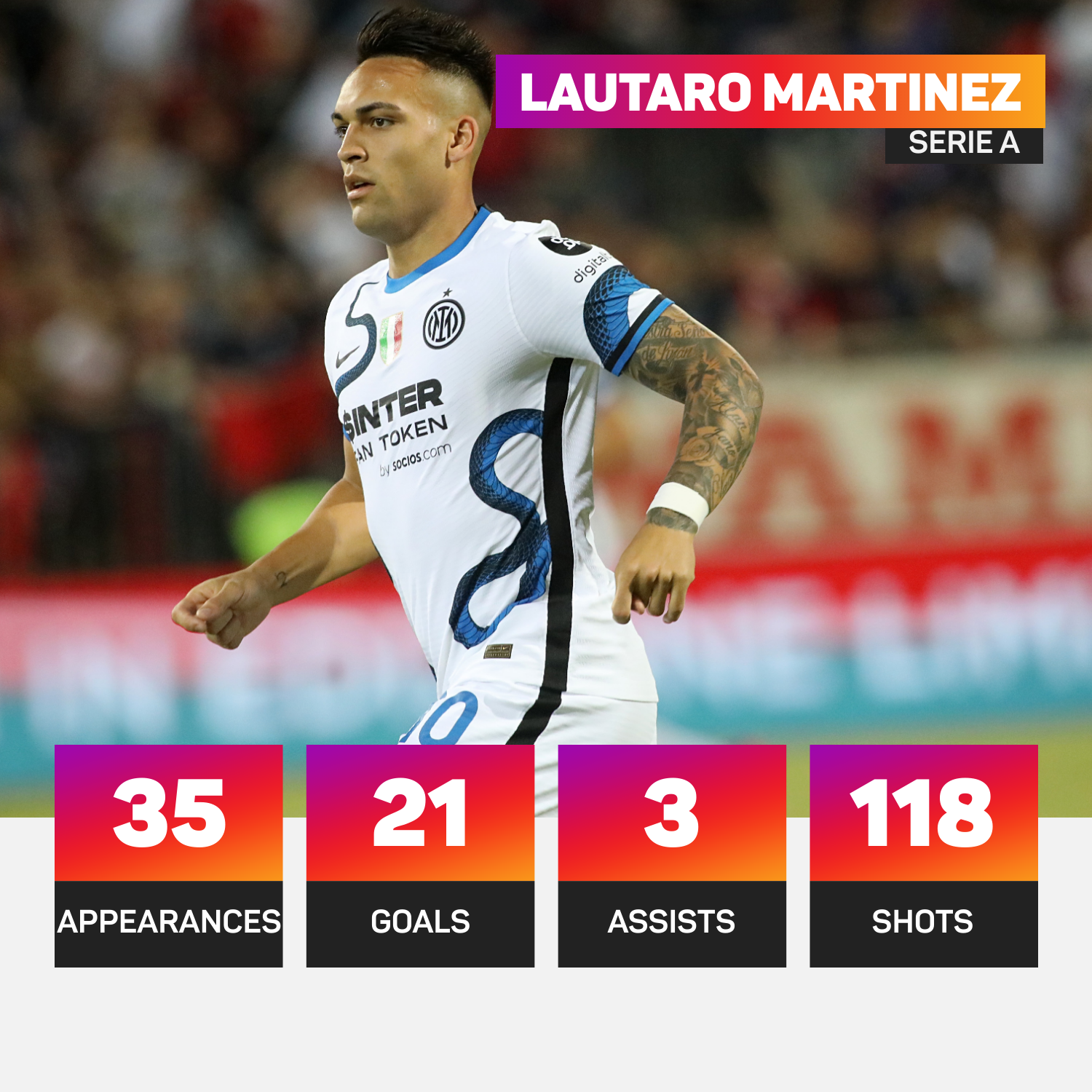 "Lautaro is happy in Milan, he feels like he's at the centre of things, he's loved.

"Why would we want to leave? To where? We're already at the top."

Martinez was Inter's leading scorer in Serie A last season, when they finished second behind rivals Milan, and his tally of 21 goals was only bettered in the division by Lazio's Ciro Immobile (27) and Juventus' Dusan Vlahovic (24), who joined from Fiorentina in January.

Inter commence their Serie A campaign on August 14 away to Lecce, with their first home game at San Siro coming the following week against Spezia.

Klopp confident the goals will come for Reds winger Diaz

Luis Diaz's finishing let him down at Fulham, but Jurgen Klopp says the Colombia international can score 10-15 goals this season.

With the Premier League celebrating its 30th anniversary on Monday, Stats Perform delves into the competition's key records and stats.

Rumour Has It: Chelsea weigh up £50m bid for Everton's Anthony Gordon

After Chelsea were made aware of Newcastle United's bid for Anthony Gordon, the Stamford Bridge club acted quickly with an improved offer.

After both managers were shown red cards due to a fiery exchange, Antonio Conte delivered one parting shot via Instagram.

Carlo Ancelotti suggested the pressure of playing for Real Madrid might have got the better of two of his young players against Almeria.

Lucas Vazquez and David Alaba were on target as Real Madrid overcame Almeria, who took an early lead through Largie Ramazani.

The proliferation of short-form tournaments and leagues has left the five-day format in doubt, but Andrew Strauss sees a place for both.

The 19-year-old Canan Moodie could make his South Africa debut in one of two Rugby Championship clashes in Australia.

Lawyer Maria Blagovolina confirmed on Monday that an appeal against Brittney Griner's prison sentence has been filed.