Record signing Romelu Lukaku has a poor record against Arsenal but it would be no surprise to see him strike at the Emirates Stadium.

Romelu Lukaku will look to inflict more pain on wounded Arsenal when he makes his second Chelsea debut on Sunday.

Lukaku is set to be unleashed on the Gunners for a Premier League return at the Emirates Stadium after completing a record £97.5million (€115m) move from Inter.

The Belgium striker played a massive part in Inter's Serie A triumph last season and is back at Stamford Bridge hunting more trophies.

While Chelsea started their Premier League season with an emphatic 3-0 win over Crystal Palace, the Gunners suffered a 2-0 derby defeat to newly promoted Brentford.

Using Opta data, Stats Perform previews the big showdown in North London, with the Blues out for revenge after Arsenal did the double over them last season.

LUKAKU CAN FIRE AGAINST GUNNERS DESPITE POOR RECORD

If his record against Arsenal is anything to go by, a debut goal may be unlikely for the prolific frontman.

The former Everton and Manchester United striker has scored only twice in 15 Premier League appearances versus with Gunners, although he returns to England seemingly at another level.

Brentford exposed Arsenal's defensive frailties in the first game of the season and Lukaku could cause them all sorts of problems. 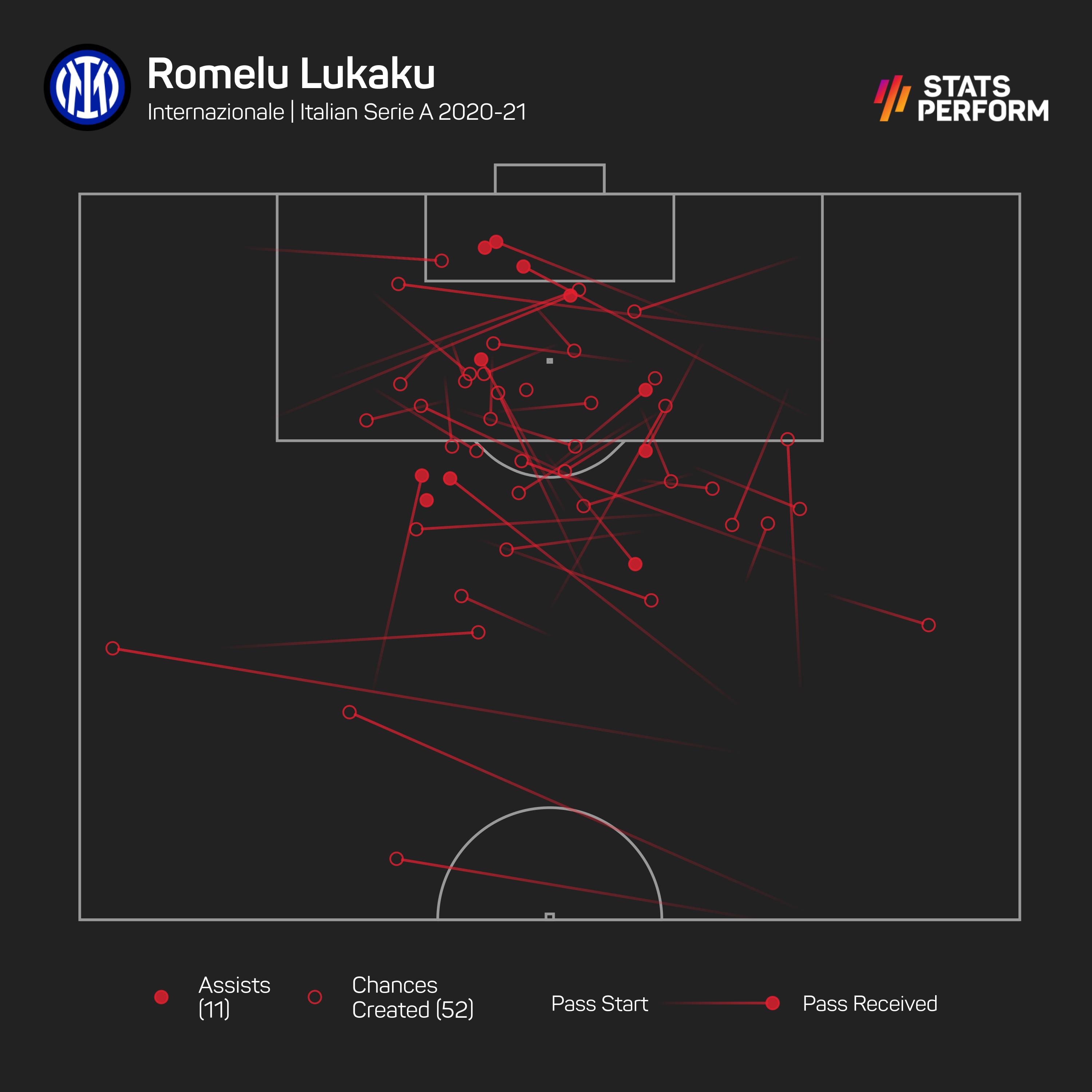 WERNER COULD CASH IN

Timo Werner came in for plenty of criticism for poor finishing in his first season in England, although the Germany international's pace and intelligent movement still made him a real handful.

Thomas Tuchel said Lukaku's arrival is good news for Werner, whose 29 touches in the win over Palace was the fewest by any Chelsea outfield player.

The presence of the powerhouse Lukaku and his ability to hold the ball up can help Werner thrive this season if they are both given the nod from the start.

Werner scored only six Premier League goals last season and provided eight assists, missing 18 of what were deemed by Opta to be big chances and falling short of the 11.5 expected goals (xG) tally.

He should not be short of opportunities with Lukaku leading the line and can silence any critics in the 2021-21 campaign. 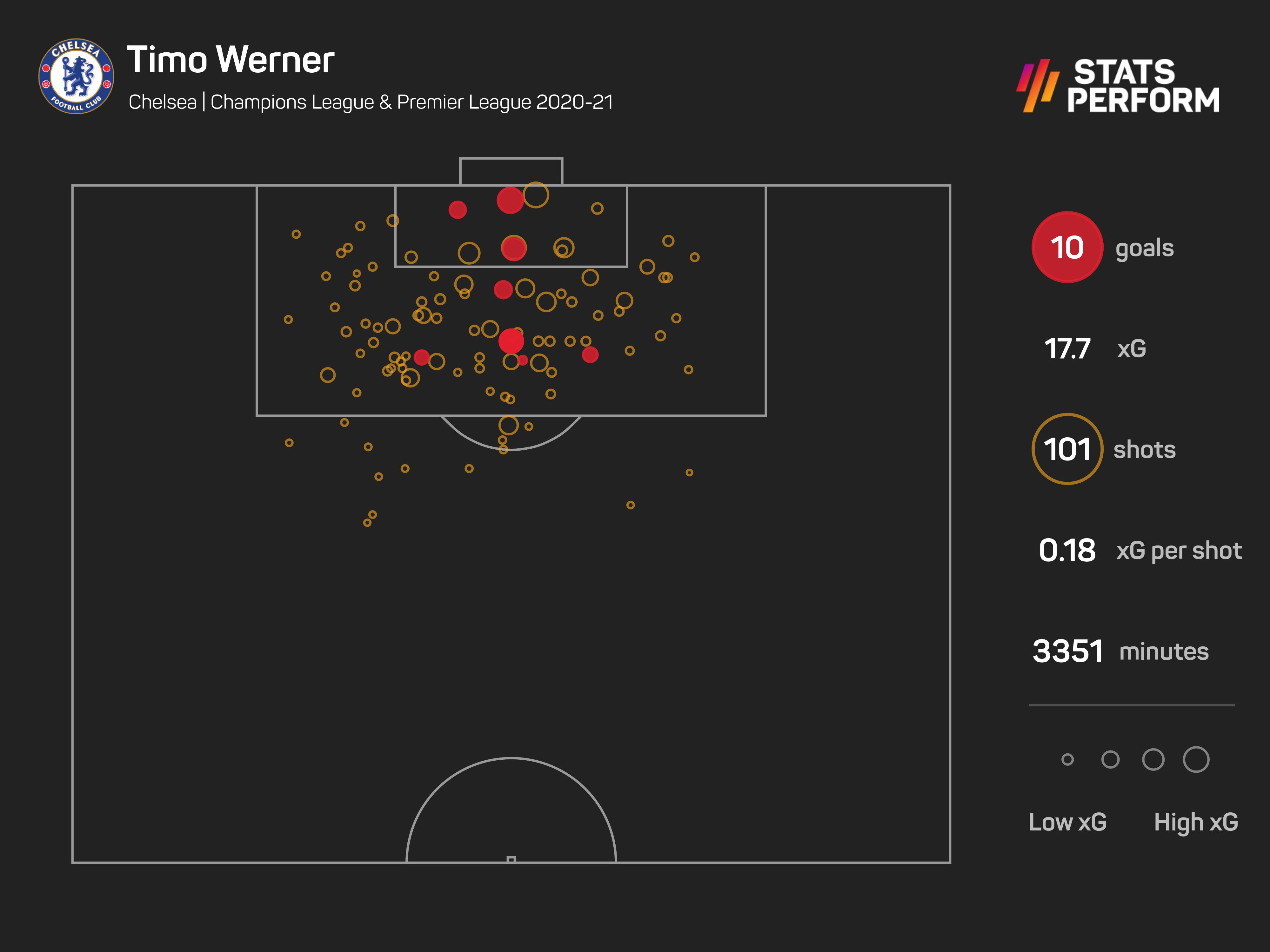 Arsenal have only been beaten in three of their past 14 meetings with Chelsea but they will have to show a marked improvement from a lacklustre display against the Bees.

Strike duo Pierre-Emerick Aubameyang and Alexandre Lacazette were absent for that loss, with the club confirming on Thursday both players had tested positive for coronavirus.

Lacazette will not face the Blues and Aubameyang is to be assessed ahead of the game.

Mikel Arteta's side played 15 Premier League games without at least one of Aubameyang or Lacazette - both linked with moves ahead of the transfer deadline - last season, winning nine, drawing four and losing two.

With the pair both in action, they won nine of 23 matches, lost 11 and drew three.

Folarin Balogun failed to hit the target with his three shots in his first Premier League start at Brentford, with Nicolas Pepe only testing David Raya once with his four attempts.

Arsenal must show more of a cutting edge if they are to get one over on their London rivals again and Chelsea will be wary of Kieran Tierney, who created six chances against the Bees.

Tottenham were a match for Chelsea until half-time before a terrible second half, but Nuno Espirito Santo focused on the positives.

Chelsea scored three second-half goals to beat Tottenham and go top of the Premier League after some choice words from Thomas Tuchel.

Tottenham were light-years away from Chelsea's level as Thomas Tuchel's tactical switch decided the clash between Jimmy Greaves' old teams.

After announcing he will step down as India's T20I captain, Virat Kohli has confirmed he will soon stop leading Royal Challengers Bangalore.

Chelsea maintained their unbeaten record this season with an away victory at Tottenham as tributes were paid to Jimmy Greaves.

Mark Noble was eager to come to West Ham's rescue, yet his late penalty miss condemned the Hammers to defeat against Manchester United.

The 2021-22 PGA Tour season opened with Max Homa's name atop the leaderboard in Napa, California.