Ferran Torres, who scored twice for Manchester City on Saturday, makes off-the-ball movements like Jamie Vardy, according to Pep Guardiola.

Pep Guardiola compared Ferran Torres to Jamie Vardy after his two-goal display in Manchester City's 5-0 dismantling of Arsenal on Saturday.

Just this week City saw long-term target Harry Kane confirm he will not be leaving Tottenham this year despite apparently trying to force a move away and then they missed out on the signing of Cristiano Ronaldo to Manchester United.

The central striker position is an area of the team City have been particularly keen to strengthen given no one scored more than 17 goals for them across all competitions in 2020-21, and Sergio Aguero – who missed much of the season through injury – left for Barcelona.

But Guardiola reiterated that he is perfectly happy with the options he currently has in attack after blowing 10-man Arsenal away – Torres led the way with a brace, while Gabriel Jesus, Ilkay Gundogan and Rodri all got one each. 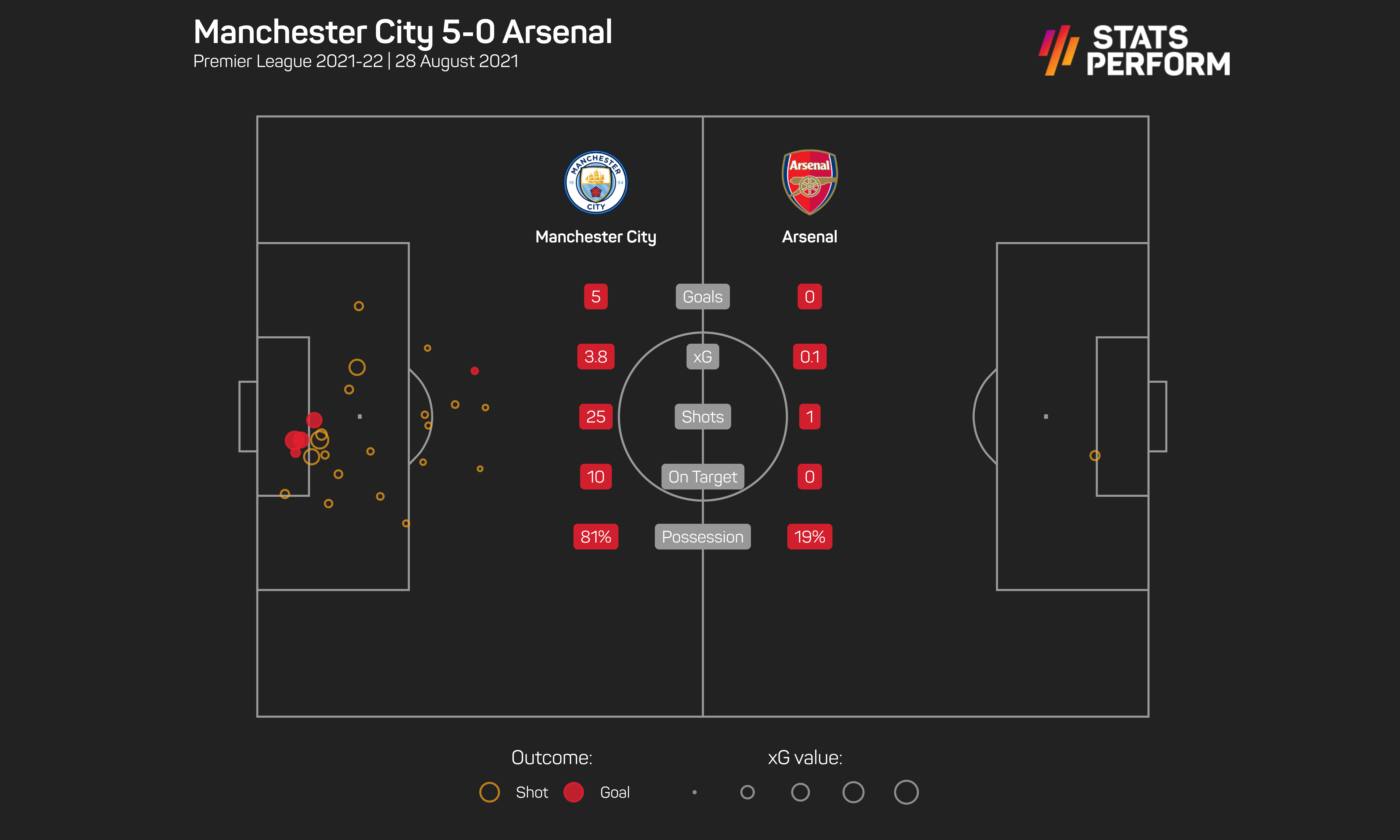 The Spaniard drew much of the focus after the match, with Guardiola shooting down suggestions he was underwhelming last season when his 13 goals across all competitions was bettered by just five City players, all of whom played at least 726 minutes more than him.

Similarly, of those five with more goals, only Gundogan (24.3 per cent) boasted a better conversion rate than Torres (21 per cent), who showed a real clinical streak with his xG overperformance of 3.2 – Vardy, as a base for comparison, only scored 17 from 22.7 xG.

"Last season, the way he played was exceptional," Guardiola said of Torres in his post-match news conference.

"His numbers in terms of goals and assists… he played incredibly well. But in this position, a striker, he made movements like some of the best strikers' movements in behind – Jamie Vardy, these types of players.

"He moves incredibly well. He's a good finisher, so young. We did an incredible job buying him with a nice price and he can play in the three positions up front, and he's an incredible finisher. 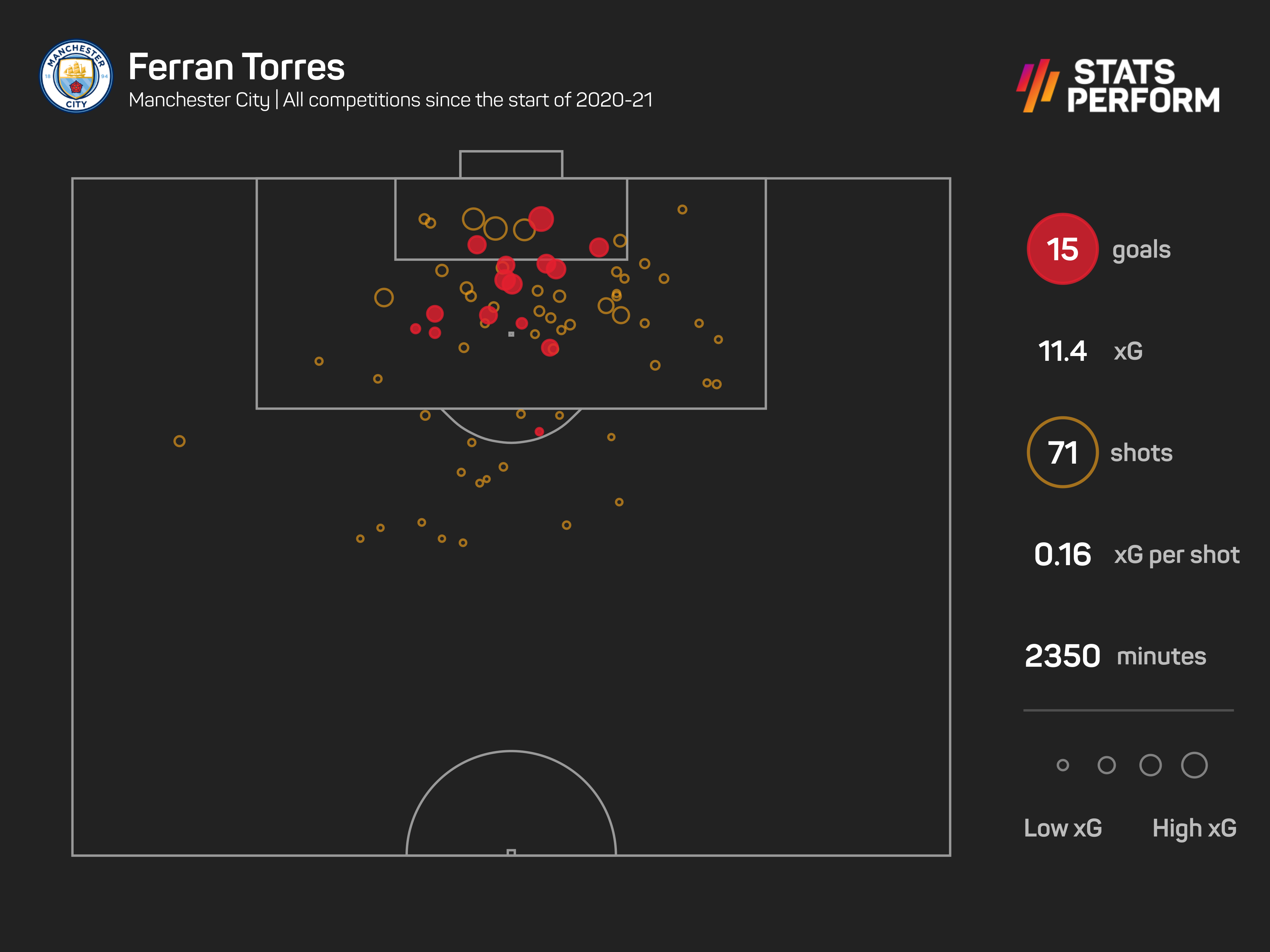 But Guardiola, while happy with his squad, was not getting carried away with the suggestion Saturday's win proves they do not necessarily need attacking reinforcements.

"You'll see throughout the season, if we don't score in games people say we need a striker. We tried but it was not possible. This team is still fantastic.

"Thanks to all the people working in the scouting department from day one to now for the players they gave me. The squad is really good and we're very pleased for this result. We scored a goal without deserving, sometimes it happens, and after 2-0 and the sending off the game was completely free."

Granit Xhaka was the man to see red for the Gunners – it was his fourth Premier League dismissal since the start of 2016-17, a joint high for the competition. 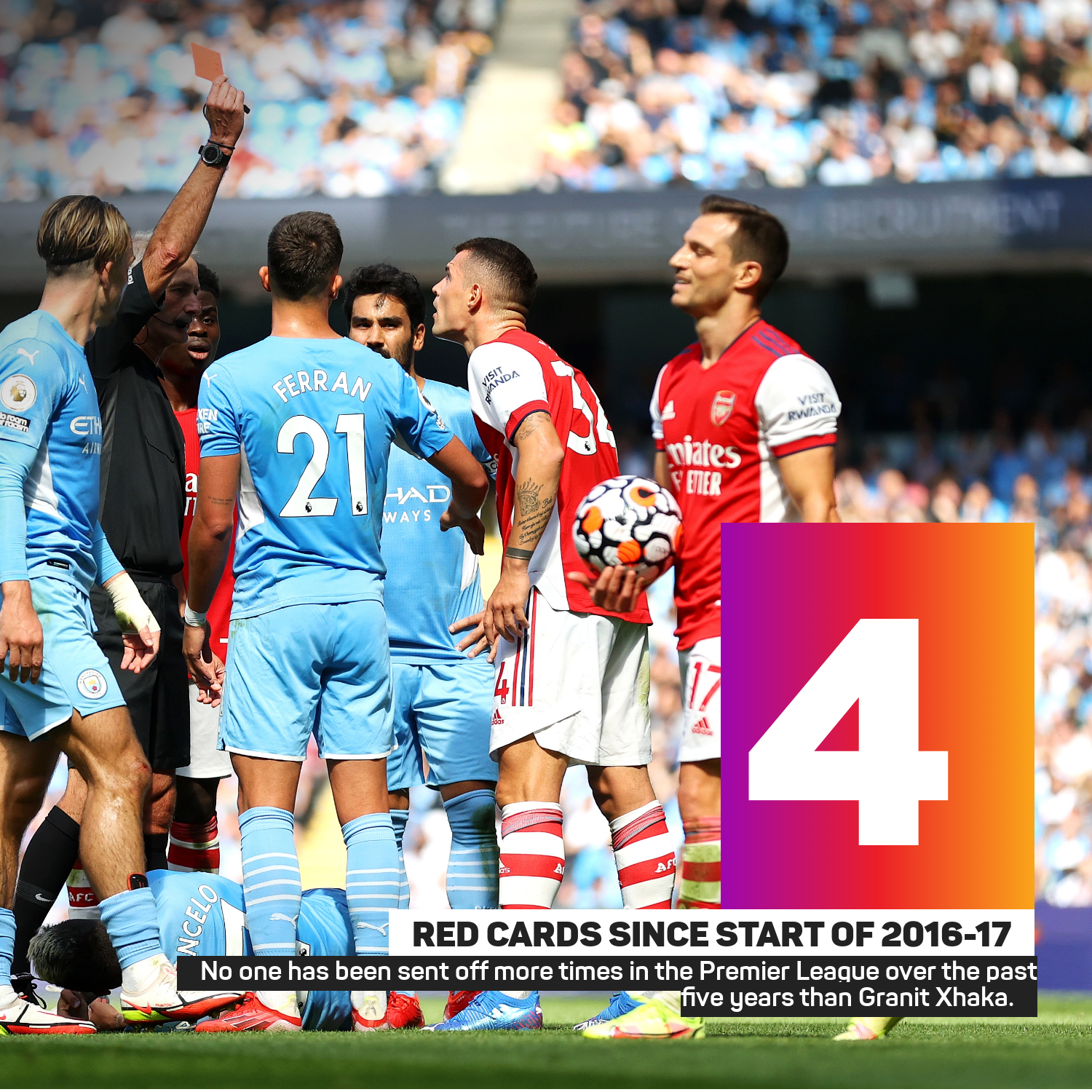 But even before that point, City were 2-0 up and cruising, ultimately becoming just the third side in Premier League to win three successive home games by five or more goals (after City themselves in October 2017 and Chelsea, August 2010).

City restricted Arsenal to just one shot, which came in the sixth minute, the Gunners' lowest such tally in a league game since Opta began recording such data (2003-04).