Angel Di Maria would be a great signing for Juventus who can emulate former Real Madrid team-mates Karim Benzema and Luka Modric by playing at an elite level in his mid-30s.

That is the view of Iker Casillas, who played alongside Di Maria when Madrid won their 10th Champions League title in 2013-14.

Casillas feels the Argentine will be keen to feature regularly for the Bianconeri to cement his place at what could be his fourth World Cup later this year.

Di Maria is departing Paris Saint-Germain on a free transfer after spending seven years in Ligue 1, and is widely expected to join Massimiliano Allegri's Juventus in the coming days.

The 34-year-old's agent revealed this week that only the "final details" of his contract in Turin remain outstanding, and Casillas believes his former team-mate will thrive in Italy.

"Angel with [Federico] Chiesa, [Dusan] Vlahovic and [Paul] Pogba... what a great team! And he will want to prepare well for the World Cup.

"He is a very cautious guy who has always taken great care of himself physically. He has never suffered serious injuries. I think he is in great shape.

"Here in Europe, he has always played at a high level, in big clubs. Di Maria will give Juve a new step.

"There is a World Cup in November and it is clear that he is looking for a team where he can play regularly and prepare in the best possible way for the challenge in Qatar. 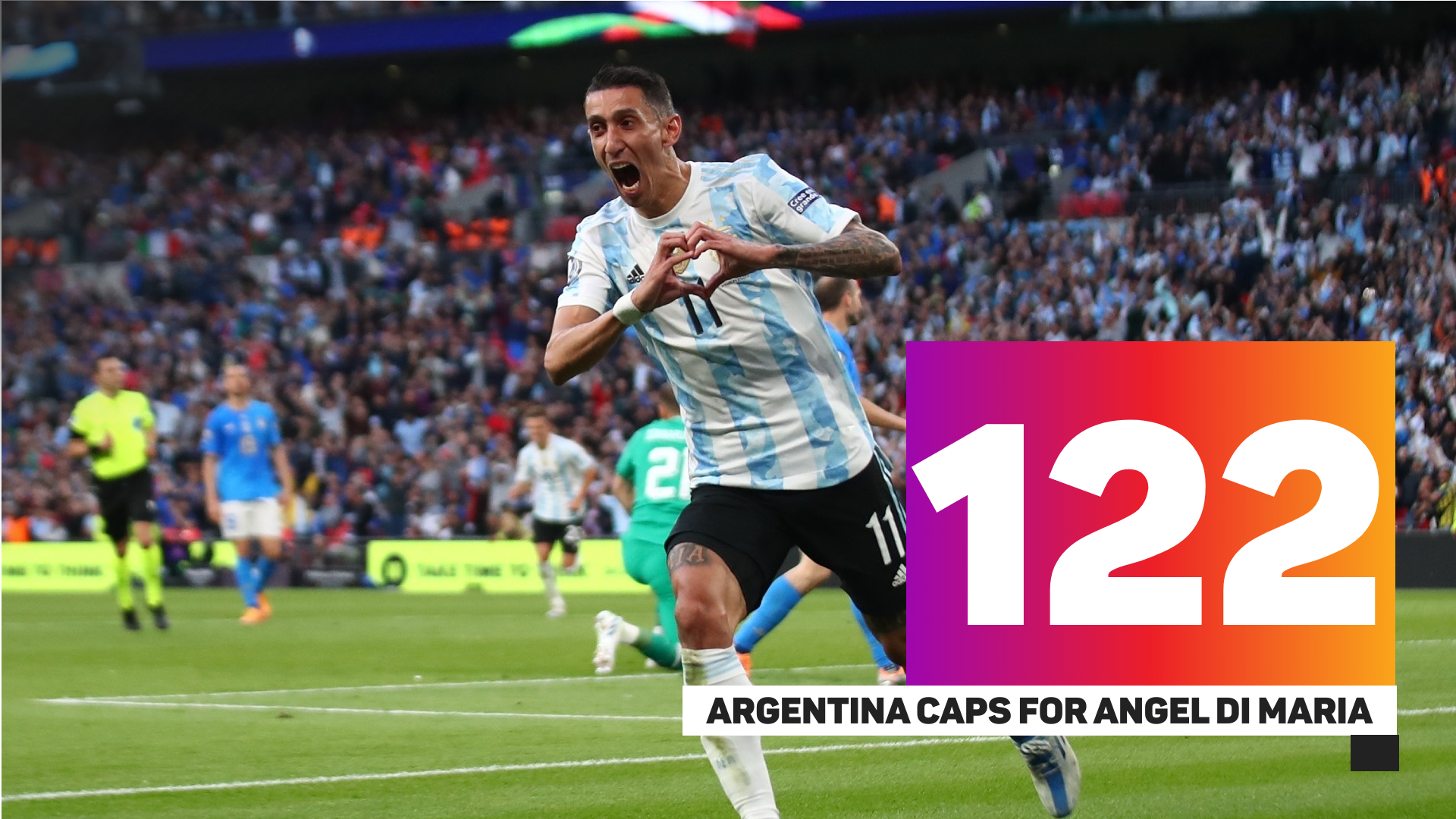 "Even at 34 years old he is a great player. Age counts only relatively now, careers have lengthened.

"Without reaching the 44 years of my friend [Gianluigi] Buffon, there are other examples of players over 30 who are doing very well and playing to the fullest level. You just have to think about Benzema and Modric."

Di Maria won six trophies during a four-year spell with Madrid, which he ended in spectacular fashion with a man-of-the-match performance in Los Blancos' Champions League final win over Atletico Madrid in 2014.

Recalling Di Maria's performance as a central midfielder in that 2014 match, Casillas argued his versatility would be a great asset for Juve.

"Juventus bets on a player who knows how to do a lot of things in different areas of the pitch," he added.

"When we won 'the Decima', [Carlo] Ancelotti changed his position in the middle of the season and he played very well.

"He can play both up front and in the centre of the field, he is an intelligent guy who knows football well. Angel has impressive shots and can decide games by himself."

Carlo Ancelotti suggested the pressure of playing for Real Madrid might have got the better of two of his young players against Almeria.

Lucas Vazquez and David Alaba were on target as Real Madrid overcame Almeria, who took an early lead through Largie Ramazani.

While Lionel Messi is not up for the Ballon d'Or, team-mate Kylian Mbappe is, and he views Karim Benzema and Sadio Mane as competitors.

Madrid ready to adapt if Asensio and Ceballos leave – Ancelotti

Marco Asensio and Dani Ceballos have less than a year remaining on their Real Madrid contracts, but Carlo Ancelotti hopes they will stay.

Ben Simmons had filed a grievance against the Philadelphia 76ers after they withheld pay due to his continued absence in the 2021-22 season.

Liverpool must 'rally round' Nunez after red card – Milner

Darwin Nunez was sent off on his home debut for Liverpool as they drew 1-1 with Crystal Palace at Anfield.

Jurgen Klopp was "proud" of his players despite a disappointing draw with Crystal Palace that saw Darwin Nunez sent off for Liverpool.

Liverpool were forced to settle for a point against Crystal Palace at Anfield after Darwin Nunez was sent off on his home debut.

Atletico boss Simeone lauds Felix after three assists, but admits he is unsure about Morata's future

The Portugal and Spain stars were crucial to an opening victory for the Rojiblancos, earning plaudits from their boss.

Two goals for Alvaro Morata and an Antoine Griezmann effort ensured a victorious start in LaLiga for Atletico Madrid against Getafe.

Tuchel and Conte charged by FA after London derby confrontation

The Football Association has charged both Thomas Tuchel and Antonio Conte after Sunday's clash between Chelsea and Tottenham.