Tottenham finished the 2021-22 season well to qualify for the Champions League, and Robbie Keane can only see them getting stronger.

Antonio Conte is building a squad at Tottenham that may finally be able to end the club's long wait for silverware, former striker Robbie Keane has told Stats Perform.

Spurs pulled off quite a coup by appointing Conte as their head coach last November after bringing an early end to Nuno Espirito Santo's tenure.

The north London side were eighth in the Premier League when Conte took over, yet a fine second half to the campaign saw them pip fierce rivals Arsenal to fourth place.

Guiding Spurs back into the Champions League was described as "being a trophy" for Conte, but actual silverware has eluded the club since winning the EFL Cup in 2008.

Conte has already started to strengthen ahead of the 2022-23 season, with experienced winger Ivan Perisic – a league winner in Germany and Italy – set to join from Inter on July 1.

Other big names have also been linked, and Keane, who spent eight and a half years with Tottenham across two spells, believes the new arrivals can help bring trophies to the club.

"I think what he's doing is he's trying to get the business in early," Keane said at a media day ahead of his participation in Sunday's Soccer Aid charity match.

"He's already brought in Perisic from Inter, a player who has a winning mentality. He's obviously won things.

"I think that's what Conte wants to do. He wants to bring people in who've already been there and done it, because a lot of them Tottenham players haven't won anything.

"So to bring someone like him in, and I'm sure they'll do more business in the next month or so."

Conte is no stranger to winning major honours as a manager, including in his previous stint in England when he claimed the Premier League title and FA Cup with Chelsea.

"Conte's a winner. He has a winning mentality and there's no question that he'll certainly bring that," Keane added.

"Tottenham next year have to do something, they have to win the FA Cup, EFL Cup or the Champions League. I think the Premier League might be a step too far.

"I think if they bring three or four players in, they might be might have a chance, but I think Liverpool and Manchester City are just so far ahead at the moment.

"But to win the FA Cup, EFL Cup, I think that's a step in the right direction, and hopefully, again, finishing in the top four." 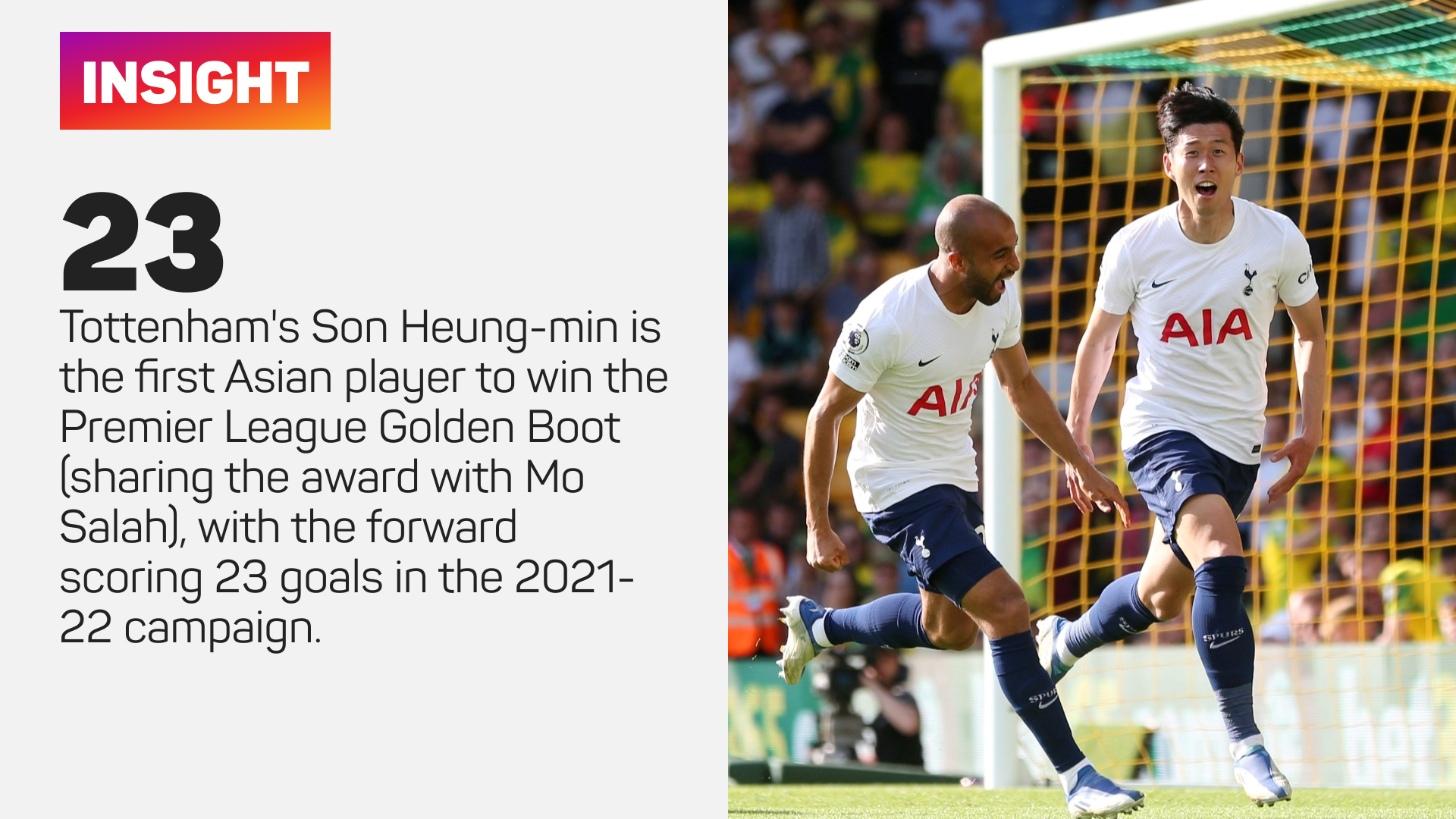 All focus at Tottenham this window is on adding to the squad, which is in contrast to 12 months ago when Harry Kane's possible departure dominated headlines.

That took Kane's tally to 17 for the campaign in the top flight, which is his joint-lowest return in the competition in his eight seasons as a regular starter, alongside 2018-19.

He was outscored by team-mate Son Heung-min, who, despite finishing as the league's joint-top scorer alongside Mohamed Salah, was not included in the PFA Team of the Year.

Son was also not included on the list of nominees for the Players' Player of the Year award, much to the surprise of Keane.

"Not to even be nominated is bizarre," Keane said. "For me, he's one of the best players in the Premier League.

"What he and Kane are doing together at Tottenham is incredible.

"I've obviously known Harry since he was a kid, so I taught him! He's a top player, and he's continued to score goals like he always does. "

Tottenham may have the likes of Harry Kane, Son Heung-min and Dejan Kulusevski, but Lucas Moura remains important to Antonio Conte's side.

Rumour Has It: Pogba set for Juventus return

With his contract at Manchester United about to expire, Paul Pogba is reportedly set to return to Juventus.

Antonio Conte "could have done something" at Old Trafford if he was appointed by Manchester United last year, says Partice Evra.

Moura reveals 2022-23 season could be his last at Tottenham

Tottenham have the likes of Harry Kane, Son Heung-min and Dejan Kulusevski in attack, and Lucas Moura could soon leave.

Rosario Central made a big-name coaching appointment in Carlos Tevez this week - could they follow it up by signing Angel Di Maria?

'I expected him to stay!' - Perisic move from Inter to Tottenham surprises Olic

Ivan Perisic ended his seven-year stint with Inter to join Tottenham on a free transfer ahead of the 2022-23 season, surprising Ivica Olic.

Antonio Conte and Thomas Tuchel both want to sign a centre-back, but it appears it will not be Inter's Alessandro Bastoni.

Manchester United and Tottenham are both interested in Christian Eriksen, who Thomas Frank hopes will stay at Brentford.

While reports claim United are interested in a range of players from Frenkie de Jong to Tammy Abraham, Evanilson has emerged as a target.

Hubert Hurkacz could not repeat his 2021 Wimbledon run but promised €2,100 to the people of Ukraine on his way out.

Wimbledon: Raducanu considers tough season 'all worth it' for win on Centre Court debut

Having enjoyed a breakout campaign at Wimbledon in 2021, Emma Raducanu was promoted to Centre Court this year and won on Monday.

Wimbledon: Djokovic made to work by Kwon for place in round two

Novak Djokovic was pushed by Kwon Soon-woo in the opening two sets but came through relatively unscathed to advance at Wimbledon.