Aston Villa boss Dean Smith is excited by the potential of Leon Bailey, who has joined on a deal running through to 2025.

Aston Villa have confirmed the signing of Leon Bailey from Bayer Leverkusen for a reported £30million fee.

The Premier League club announced at the end of July that an agreement was in place with Leverkusen, with the player now completing his medical and agreeing personal terms on a contract that runs through to 2025.

A Jamaica international, Bailey scored 15 goals and provided 10 assists for the Bundesliga side across 40 appearances in all competitions last term.

The 23-year-old becomes the second big-money signing for Villa ahead of the 2021-22 season, following on from the arrival of Emiliano Buendia from Norwich City. Ashley Young has also re-joined the club on a free transfer.

"Leon is a hugely exciting young striker with great pace and creativity," Villa boss Dean Smith said of Bailey, who scored 39 goals for Leverkusen after joining from Genk in January 2017.

"He has enjoyed a successful career at Leverkusen and we are now looking forward to watching him show his skills and talents for Aston Villa in the Premier League."

It remains to be seen if Smith will have Jack Grealish as part of his first-team squad once the transfer window closes, however, as Villa’s captain has been heavily linked with a move to champions Manchester City.

Villa have a pre-season friendly against Sevilla on Saturday before opening the new season with a trip to promoted Watford on August 14. 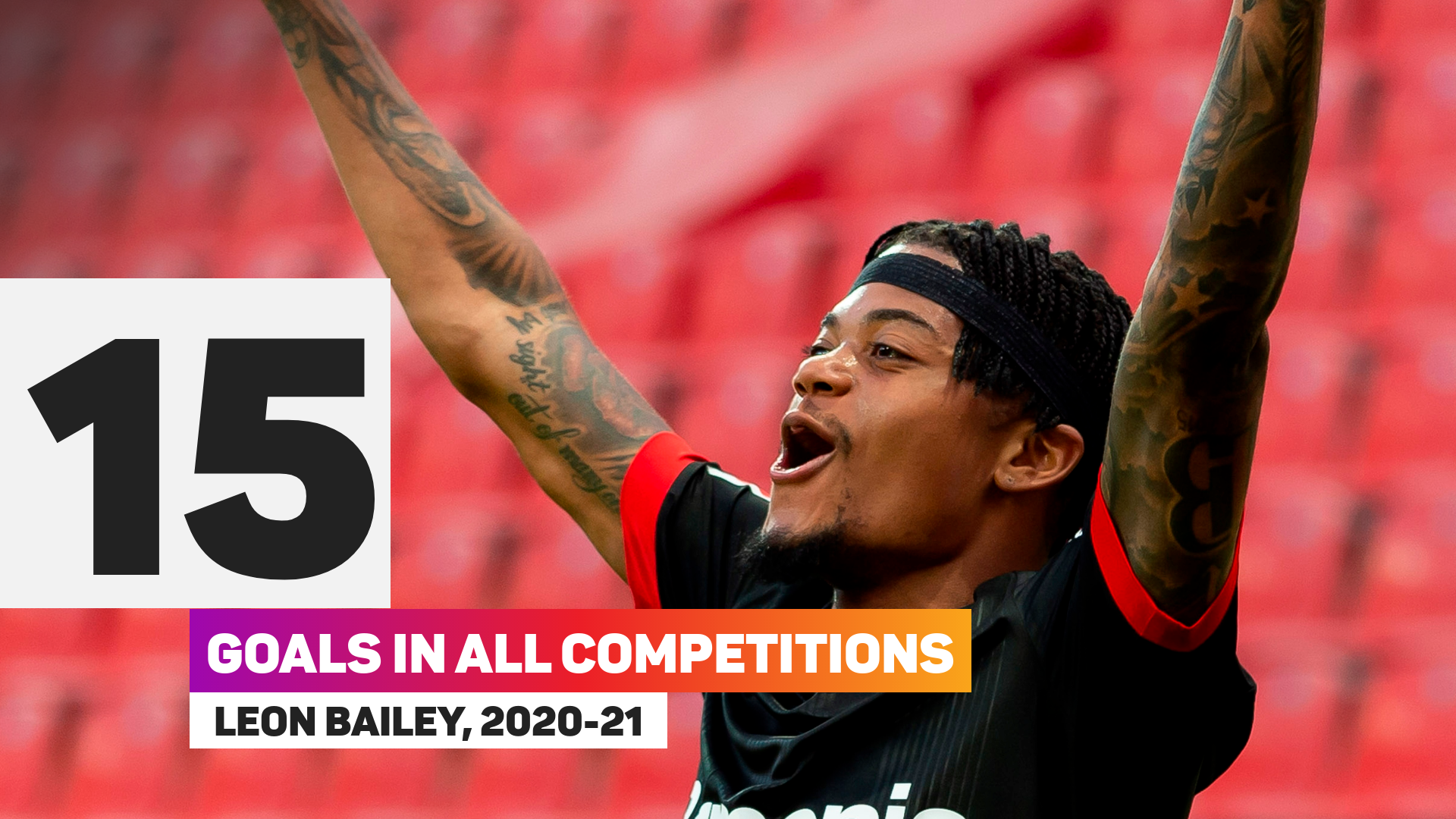