Patience the key as McIlroy aims to end major drought

It was 2014 when Rory McIlroy last won a major, but the Northern Irishman believes his time will come again.

Rory McIlroy believes playing patient golf will be the trick to succeeding once more in a major.

The former world number one is a four-time major winner, but the last of those victories came in 2014 at the PGA Championship.

While a fifth major success has eluded him, the 32-year-old is confident his chance will come again if he remains in the right mindset.

"I haven't won a major in the last seven years but I've basically won everything else," he told BBC Sport.

"That hasn't included a major championship but I've played good enough golf in those seven years to win one and I'm staying as patient as I possibly can and, as I say, just giving myself chances.

"I don't think there's anything I should or could do differently. I think the one thing that's held me back, especially in the majors over the last few years, is just getting off to slow starts.

"Opening up at Augusta with a 72 or a 71 and not shooting that 67 or 68 that puts you right in the thick of the tournament from the very start.

"I can't go into the first round of a tournament or on a Wednesday night under pressure to try and shoot a good score. I just have to go out there and let it happen.

"Historically when I've got myself up there early in a tournament I've been able to stay there and capitalise on that start." 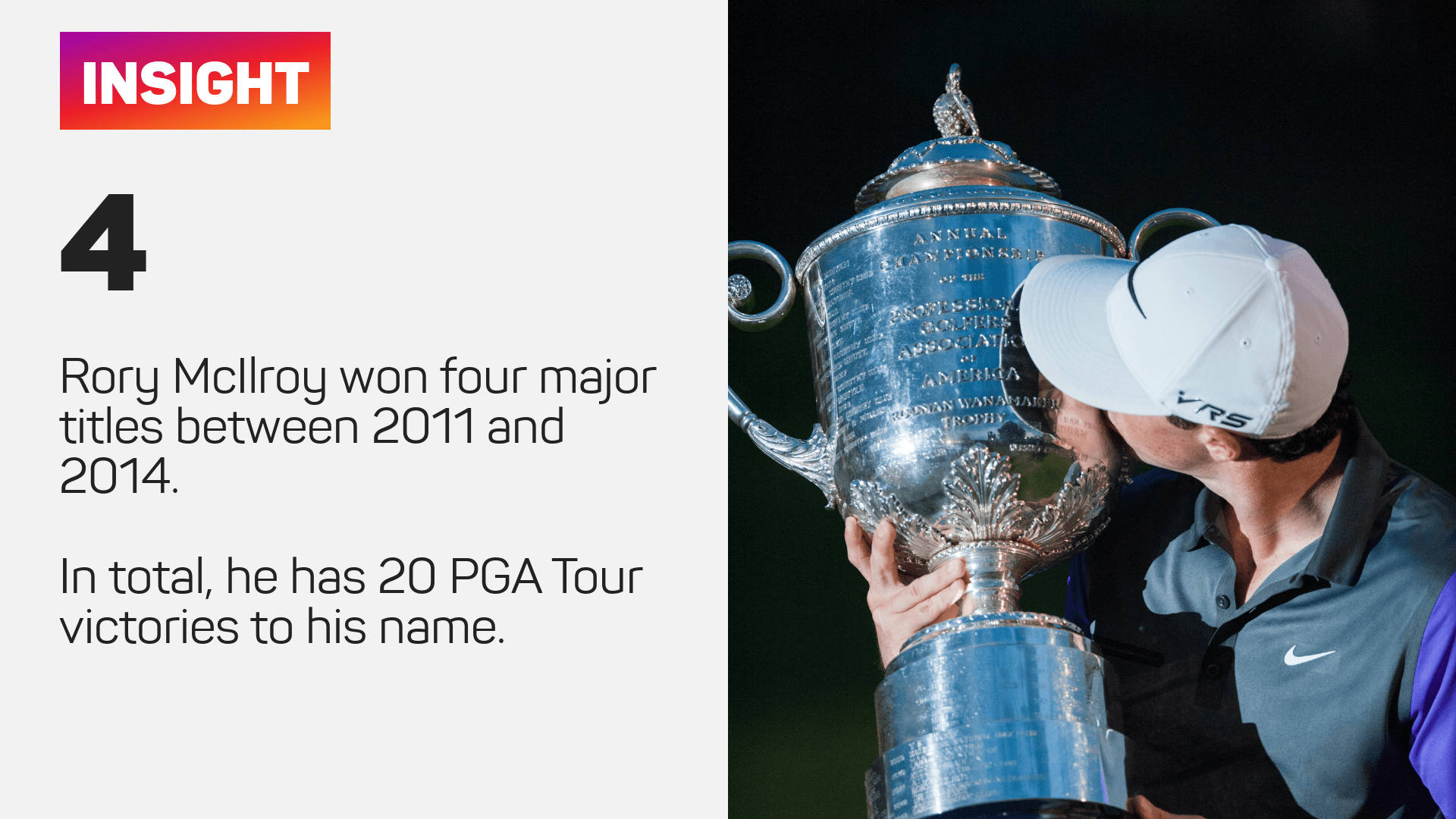 McIlroy also believes the depth of quality rivals he faces has made the challenge of winning another major even greater.

"I think I haven't given myself enough chances," said the world number eight.

"I think if I'd have had more chances and realistic chances, just putting yourself in those positions, the more comfortable you are going to feel up there.

"If you keep knocking on the door, one of those doors is going to open for you.

"I had a chance at Carnoustie in 2018, played the final group with Patrick Reed in 2018 at Augusta, tied for the lead with nine holes to go at the US Open last year at Torrey Pines.

"I've had a few chances and just haven't capitalised. I think players are getting better and better.

"A lot of these guys coming through are playing unbelievably good golf. I don't just have to beat five guys."

Tiger Woods had a third round to forget at the PGA Championship, carding 79 to extinguish any hope of success in Tulsa.

US PGA Championship: 'They put Humpty Dumpty back together' – Woods keen to make up for lost time

Tiger Woods shot a superb 69 on Friday to make the cut at Southern Hills Country Club.

US PGA Championship: Zalatoris 'got away with murder' to take lead into third day

At nine under after two rounds, Will Zalatoris is top of the pile at the US PGA Championship – but he thinks he has "got away with murder".

Tiger Woods dug deep to produce a terrific final seven holes in Friday's second round, finishing one stroke inside the cut-line.

US PGA Championship: Will Zalatoris takes outright lead into the weekend, Tiger makes the cut

Will Zalatoris claimed an outright lead, Bubba Watson tied the course record and Tiger Woods made the cut to highlight Friday's action.

US PGA Championship: 'Everything was difficult' for Rahm while Thomas hits the front

Justin Thomas took the lead after scoring a second straight 67, while world number two Jon Rahm struggled at the US PGA Championship.

Four consecutive birdies on the back-nine gave Rory McIlroy Thursday's round of the day at the US PGA Championship.