Noah Lolesio slotted over a penalty two minutes from time to earn Australia a 33-30 win over France in Saturday's series-deciding clash.

Australia overcame a controversial fourth-minute red card for Marika Koroibete as they beat France 33-30 in a thrilling contest to take the Test series 2-1.

Les Blues claimed their first away win over Australia for 31 years in Melbourne last week to level the series, but they fell short in Saturday's tense decider at Suncorp Stadium.

The Wallabies had to defy the odds after wing Koroibete was harshly dismissed early on for a high tackle on opposition skipper Anthony Jelonch. It was their first Test red card since Tevita Kuridrani was dismissed against Ireland in November 2013.

But Australia responded almost instantly when Tate McDermott went over unopposed and Noah Lolesio touched down soon after – those tries sandwiching another Jaminet penalty – to swing the game in the hosts' favour. 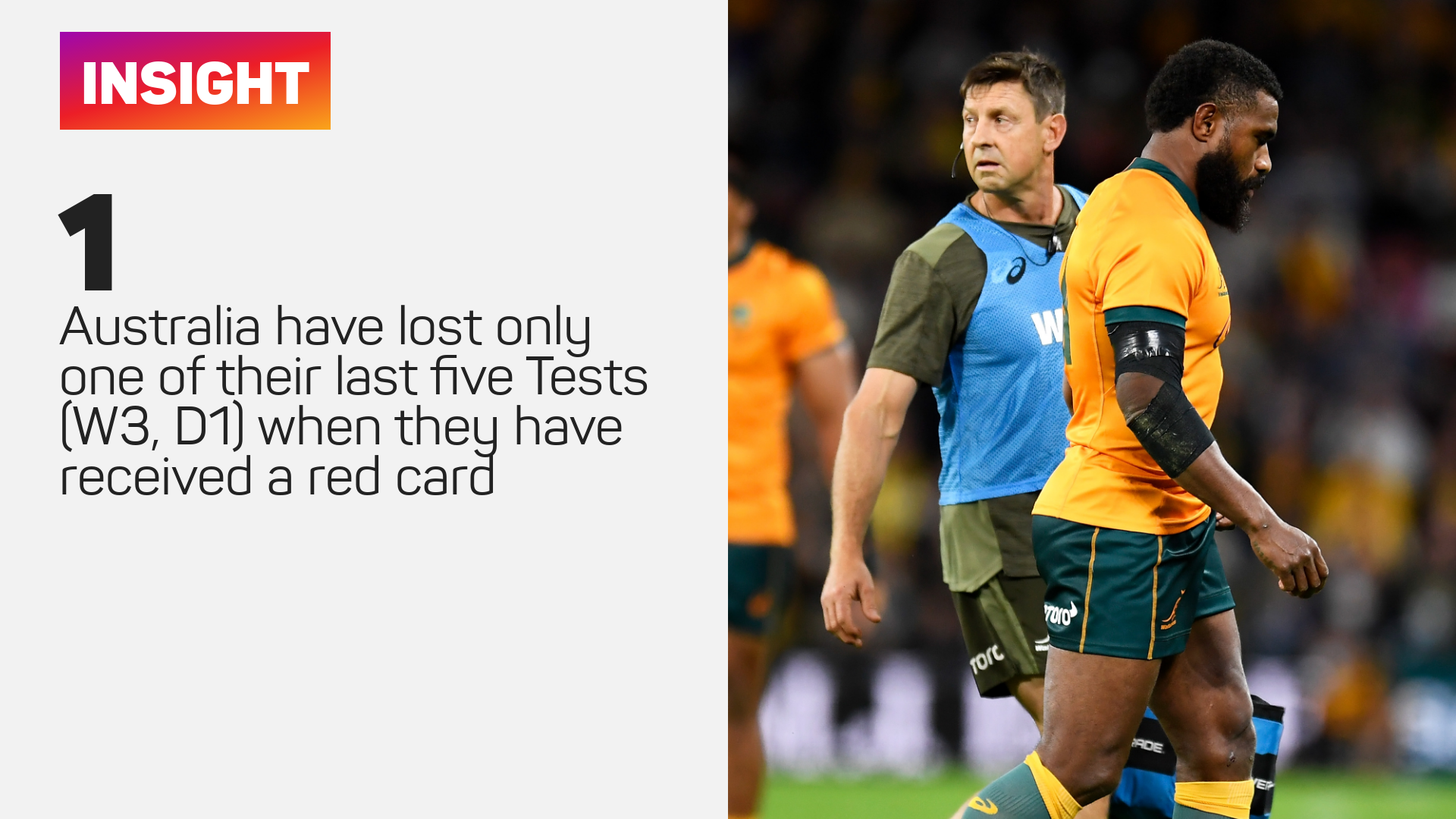 After Cameron Woki went over the top of the Wallabies' defence and slammed down for France's second try, Lolesio kicked his second penalty to level up the game at 20-20 midway through.

France then put themselves in a strong position to complete a series win when Pierre-Louis Barassi raced through early in the second half to round off a sensational move.

However, Australia hit back once again through Taniela Tupou, who evaded a few opposition players to cross the whitewash, before Lolesio and Jaminet exchanged penalties.

Australia had a try for Brandon Paenga-Amosa ruled out for a knock-on, but France's ill-discipline would cost them as they conceded another penalty that Lolesio made no mistake in converting two minutes from time to settle the series.

Cooper to link up with Wallabies squad

Fly-half Quade Cooper is to be involved in the Australia camp but is not an official member of the 42-man squad.

Australia captain Aaron Finch is flying home from their Caribbean tour as he looks to recover from injury in time for the T20 World Cup.

Despite the toss being taken, play was cancelled in the second ODI between West Indies and Australia due to a positive COVID-19 test.

Graham Arnold masterminded Australia's dazzling win over Argentina in the Tokyo Olympics group stage, then revealed he had seen it coming.