Germany forward Thomas Muller knows his miss in the Euro 2020 round of 16 was costly.

Thomas Muller has expressed the pain he is suffering after missing a golden opportunity in Germany's 2-0 Euro 2020 defeat to England.

Muller fired wide with only Jordan Pickford to beat when Joachim Low's side were 1-0 down with nine minutes to go in the round of 16 tie at Wembley on Tuesday.

The Bayern Munich forward had his head in his hands after that costly miss with time running out for Germany to stay in the tournament.

Harry Kane doubled England's lead with a header five minutes later and Muller cut a deflated figure when he was substituted in stoppage time.

Muller failed to score in the tournament after being recalled from the international wilderness by Low, managing only one shot on target in four games and missing his only big chance.

The 31-year-old opened up on his miss in a social media post. 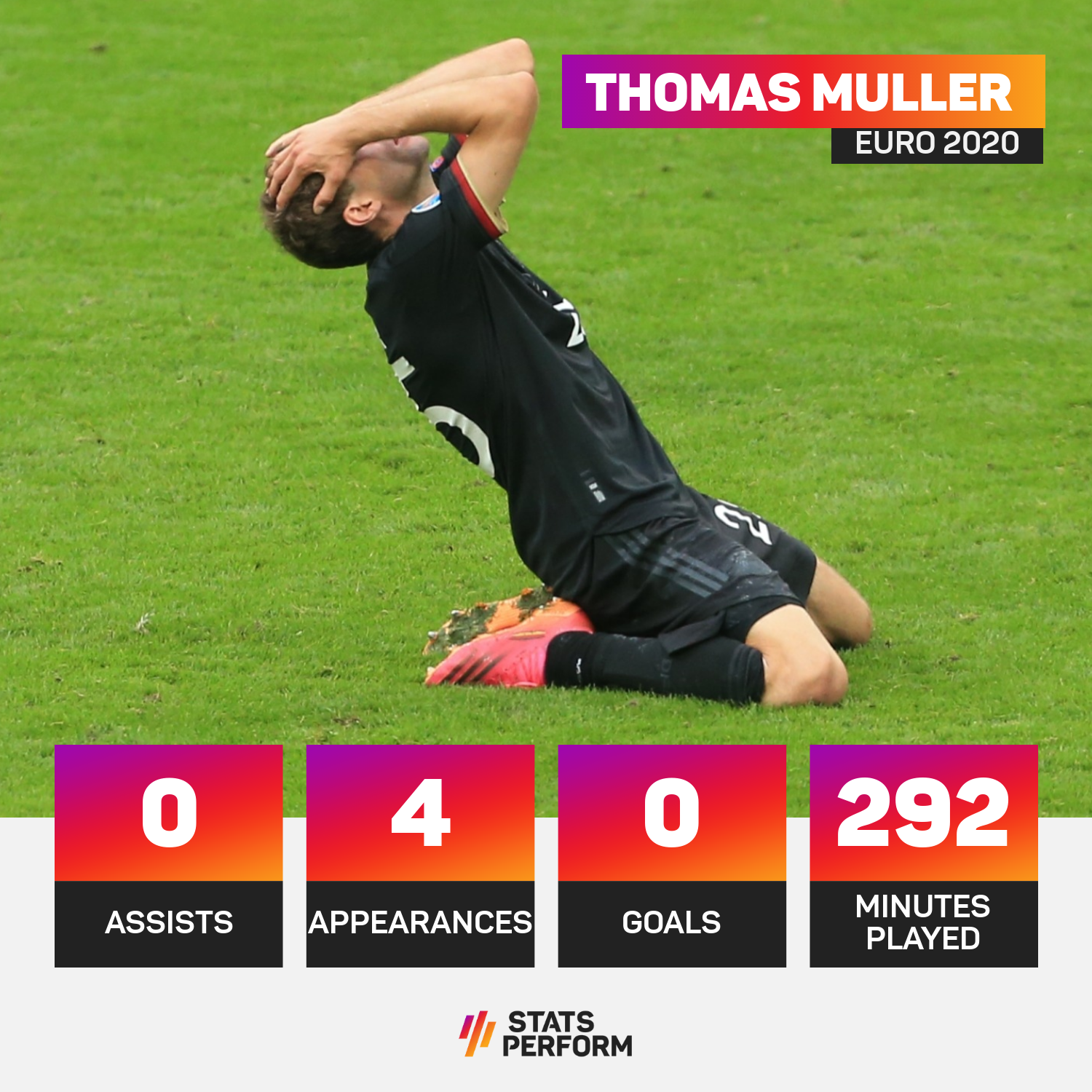 "There it was, that one moment that you will remember in the end, that brings you sleep at night. For whom you work, train and live as a footballer," he posted on Instagram.

"That moment when you have it in your own hands to bring your team back into a close knockout game and to send an entire football nation into ecstasy. To get this opportunity and then to leave it unused, it really hurts me.

"It hurts for the entire DFB team. My team-mates and our coach, who all gave me the confidence to be there right then.

"But above all, it hurts because of all the Germany fans out there who stood by us and supported us during this European Championship despite difficult omens. Thank you for your support."