Carlo Ancelotti pointed to the 1981 European Cup final defeat in Paris as an added spur for Real Madrid to beat Liverpool on Saturday.

Carlo Ancelotti has hit back after Mohamed Salah spoke of being on a Champions League revenge mission, declaring that Real Madrid have their own score to settle.

Saturday's final at the Stade de France in Paris comes four years after Madrid beat Liverpool in Kyiv to lift the trophy, when Salah was injured in an early heavy challenge by Sergio Ramos and had to be substituted.

Without their star man for much of the game, Liverpool lost the match 3-1 as substitute Gareth Bale hit a second-half double, and a sense of injustice has lingered for Salah.

"That final of 2018 could be a motivation for Salah, but Madrid also lost a final in Paris to Liverpool," said Ancelotti. "So we could also want to avenge a defeat in a Champions League final.

It was not the most persuasive of arguments from Ancelotti, given the 1981 European Cup final took place before any of the players involved this week were born, and there was no controversy in Liverpool's 1-0 victory to match the manhandling of Salah four years ago by Madrid's then captain Ramos. 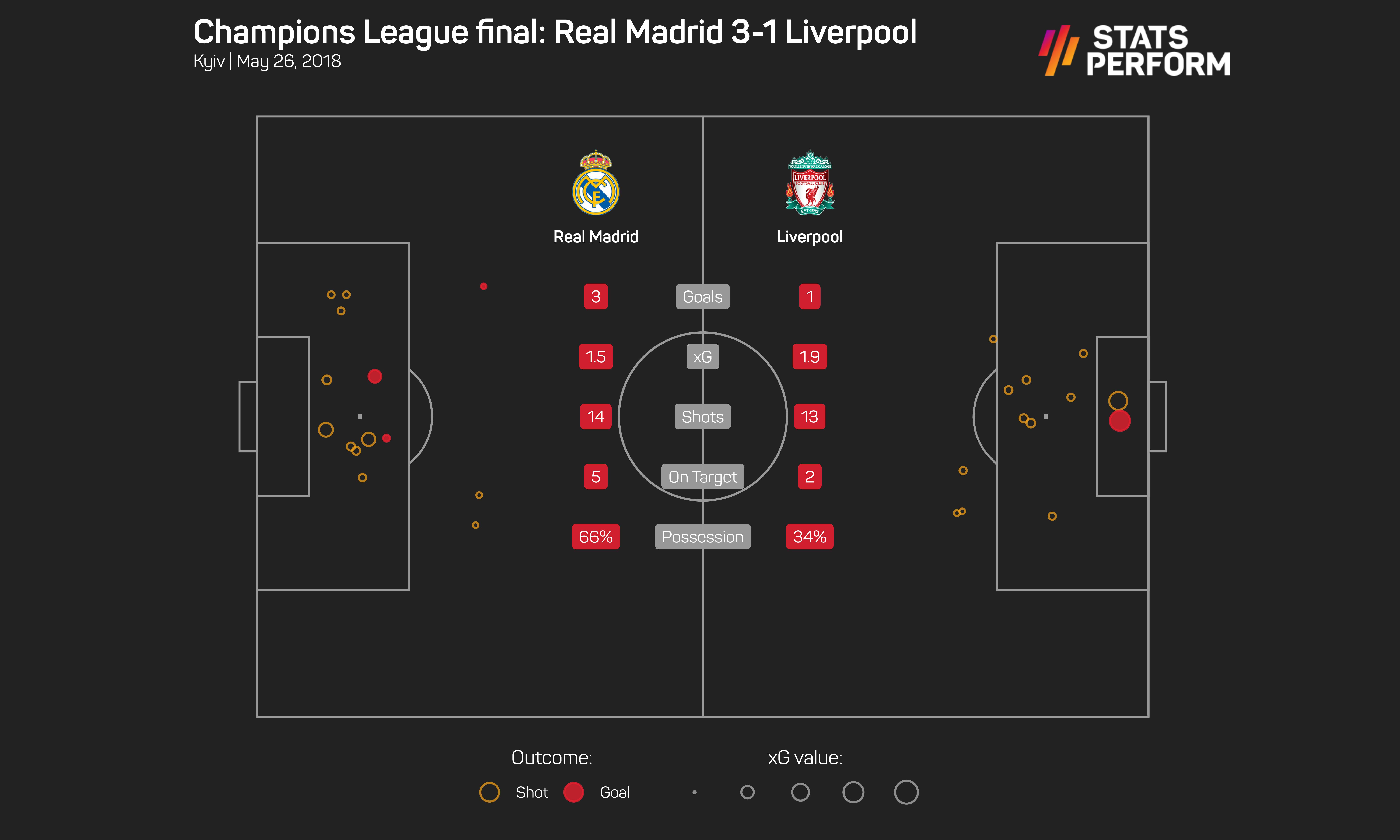 Ramos moved on from Madrid to Paris Saint-Germain at the end of last season so will not be involved in the rematch, while Ancelotti stepped in to succeed Zinedine Zidane.

Should Madrid win, Ancelotti will become the first head coach or manager to win the Champions League or European Cup four times. He is currently level with Zidane and former Liverpool boss Bob Paisley with three titles.

"It would be a good personal achievement, but anything can happen in a final," said Ancelotti.

"I'm not obsessed with individual accolades. It isn't top of my wish list. I take it one day at a time, prepare the game and the build-up to the final.

"The stats are there and when I retire I'll look back at these stats and might be able to say I've won four Champions League titles, but right now I don't think about it."

Ancelotti won the Champions League in 2003 and 2007 with Milan, who beat Liverpool in the latter final, before leading Madrid to 'La Decima' – an unprecedented 10th title – in 2014, during his first spell at Madrid.

He said this season's performance from Madrid has been "huge", after they went close to being eliminated at each knock-out stage, by Paris Saint-Germain, Chelsea and Manchester City.

"I don't think we've seen teams more committed than us, but that won't be enough to win the final," Ancelotti said. "You've got to have the same desire, commitment and motivation and play well to win the final.

"Hopefully we don't have to come from behind. We'd like Liverpool to have to for once."

Ancelotti was reminded that Tuesday marked exactly 30 years since his last game as a player, a season-ending 8-2 win at Foggia that capped an unbeaten Serie A campaign. He pointed out that the game turned when he was substituted at half-time, when Milan were 2-1 down.

His Milan ties have remained strong, and he sent the club a message of congratulations after they wrapped up the Serie A title on Sunday.

Milan have won the European Cup or Champions League on seven occasions, which is second only to Madrid's haul of 13 and one ahead of both Bayern Munich and Liverpool.

Now there lies a genuine incentive for Ancelotti to stop Jurgen Klopp's Reds.

"My Milanese friends tell me not to let them win," he said, "so they don't equal the seven of Milan."