European club football's main event is almost here, with two bona fide giants of the game set to face off at the Stade de France on Saturday.

Either Real Madrid or Liverpool will be crowned champions of Europe in Paris; whichever team manages it will be providing their fans with a glorious end to a tremendous season.

Of course, Madrid did what Liverpool could not on the domestic front, as Los Blancos head into this game as LaLiga champions – the Reds ultimately missed out to Manchester City on the last day of the Premier League campaign.

But this has still been a successful season for Jurgen Klopp's side, who could yet claim a treble having already lifted the EFL Cup and FA Cup in England.

It promises to be an immense spectacle, with Opta's pre-match facts highlighting the wealth of footballing greatness that is set to be on display.

Much of the build-up to this match has centred around two separate narratives of "revenge" relating to the 2018 Champions League final meeting between these two.

The first obvious desire for retribution comes simply from the fact Madrid won 3-1 in Kyiv – the other surrounds Mohamed Salah, whose match was ended early on that occasion after a collision with Sergio Ramos.

Either way, if Liverpool – and Salah – are to have their vengeance, they'll need to contend with Madrid's astonishing record: they have won each of their previous seven Champions League/European Cup finals.

To put that stat into context, no other team have even won the competition more than seven times, let alone won in seven consecutive final appearances.

But if you're looking for omens, answer this: who last beat Madrid in a European Cup/Champions League final, and where was it played? 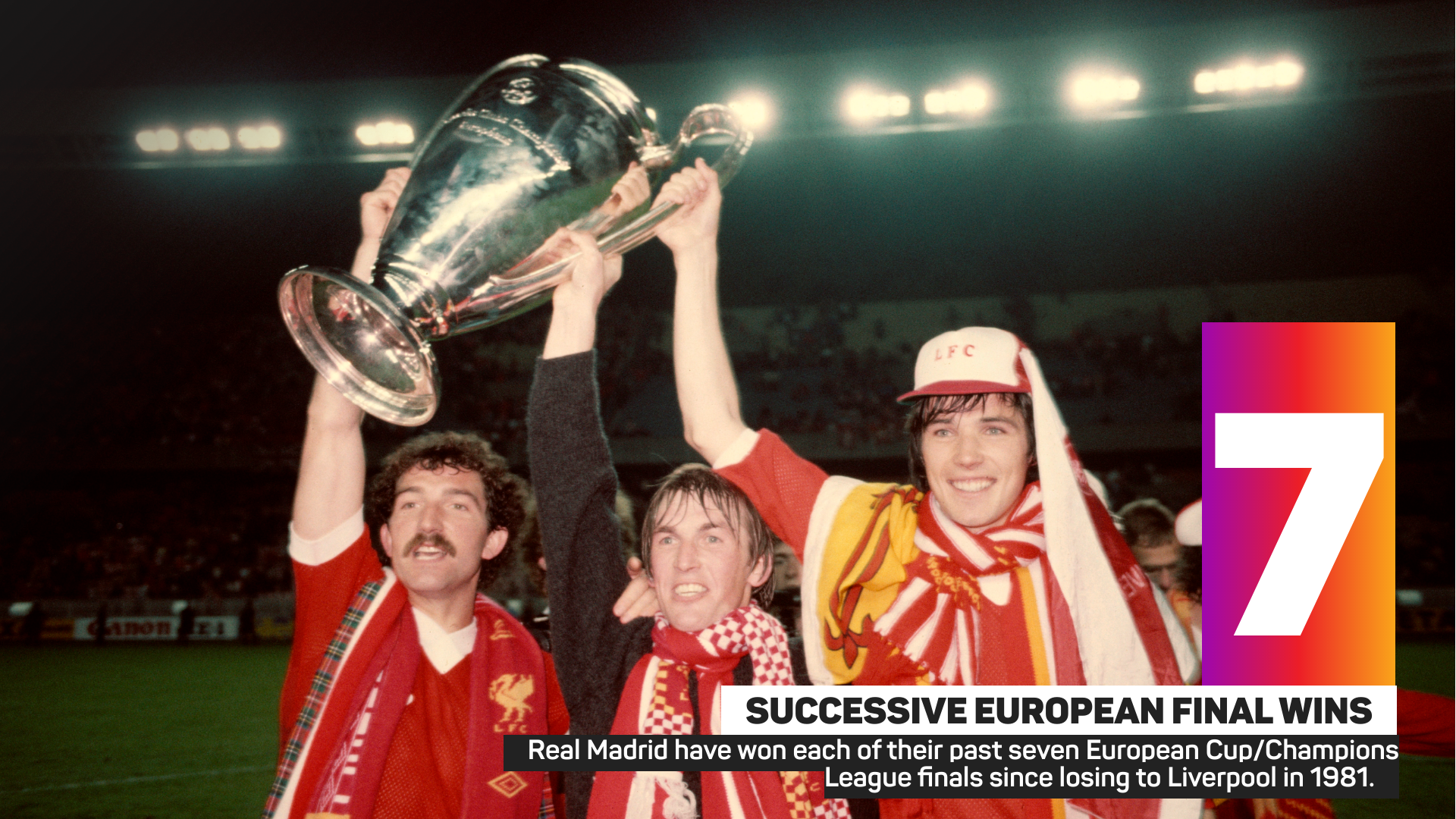 For about 24 hours, Klopp had joined an exclusive list of managers who had reached the European Cup/Champions League final four times.

But then Carlo Ancelotti's Madrid pulled off their third great escape in as many knockout ties, meaning the Italian would set a new record for the most final appearances as a manager in UEFA's flagship competition.

But the historic achievement he'll no doubt be craving is still up for grabs.

Victory on Saturday will ensure Ancelotti is the first manager to lift the trophy four times, having won the competition in 2003, 2007 and 2014.

But here's another omen. The only club to beat an Ancelotti team in a Champions League final? That's right, Liverpool in 2005.

Nevertheless, Klopp doesn't have a particularly encouraging record against Los Blancos. He's faced them nine times in the Champions League, with his 33 per cent success rate the worst among teams he's faced at least three times. 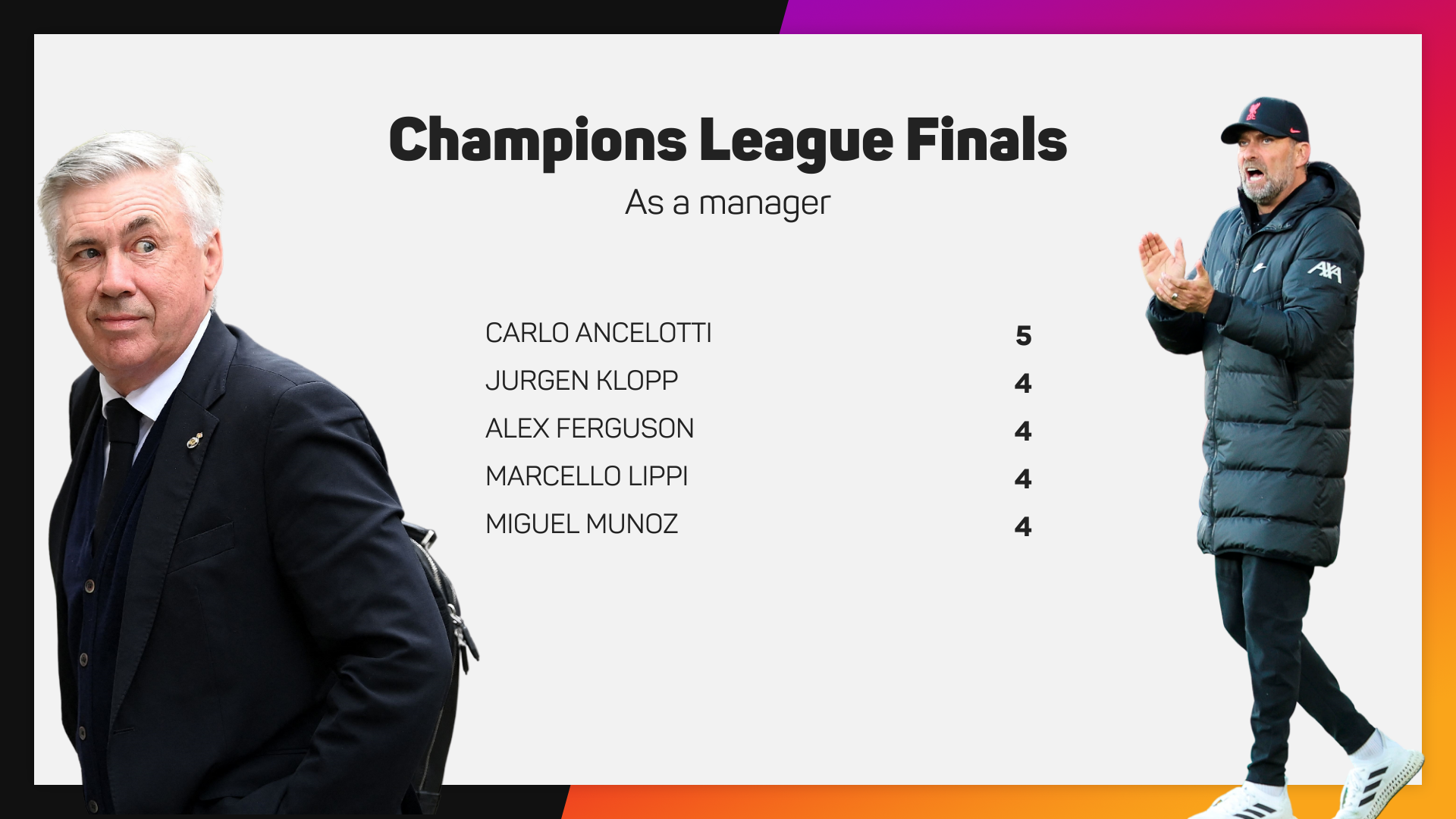 It would be fair to bill this match as something of a Ballon d'Or shootout.

Certainly, ahead of Saturday, the favourite is Karim Benzema, and with good reason. The France striker has enjoyed an incredible season and been central to Madrid's route to the final – he has scored 15 goals, two behind the all-time record for a single Champions League/European Cup campaign.

What helps make that such a remarkable achievement is the fact he would become the second-oldest scorer in a Champions League final (34 years, 160 days) after Paolo Maldini (36 years, 333 days) if he does net in Paris. 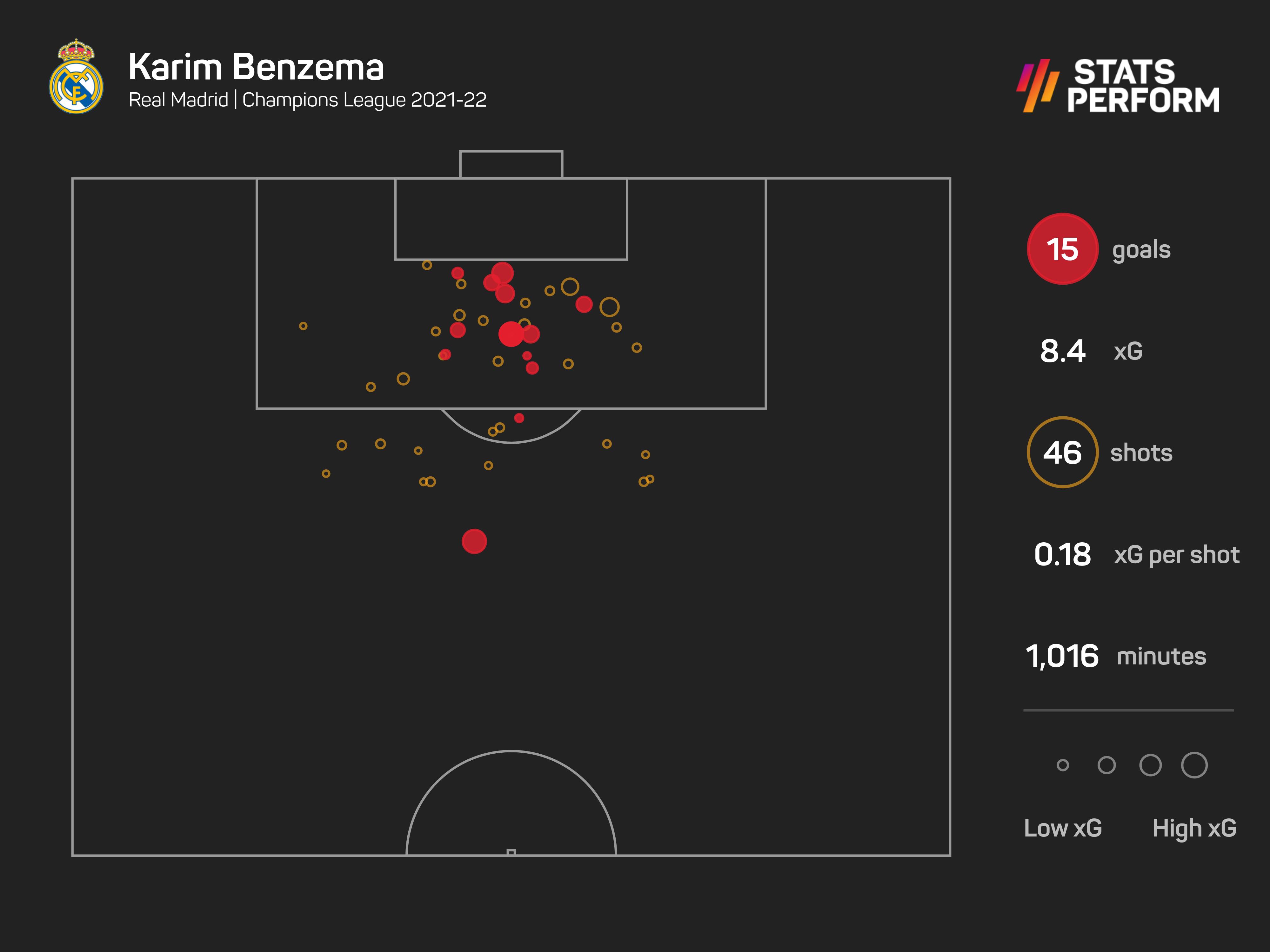 Madrid will likely need to keep the vengeful Salah in check, however.

Since the start of the 2017-18 season, the Egyptian has 44 Champions League goal involvements, a tally bettered only by Robert Lewandowski (55) and Kylian Mbappe (47).

If Liverpool are successful, Salah will surely become the frontrunner for the Ballon d'Or – unless Sadio Mane, who has scored three in his past four Champions League games and won the Africa Cup of Nations, has a decisive impact. 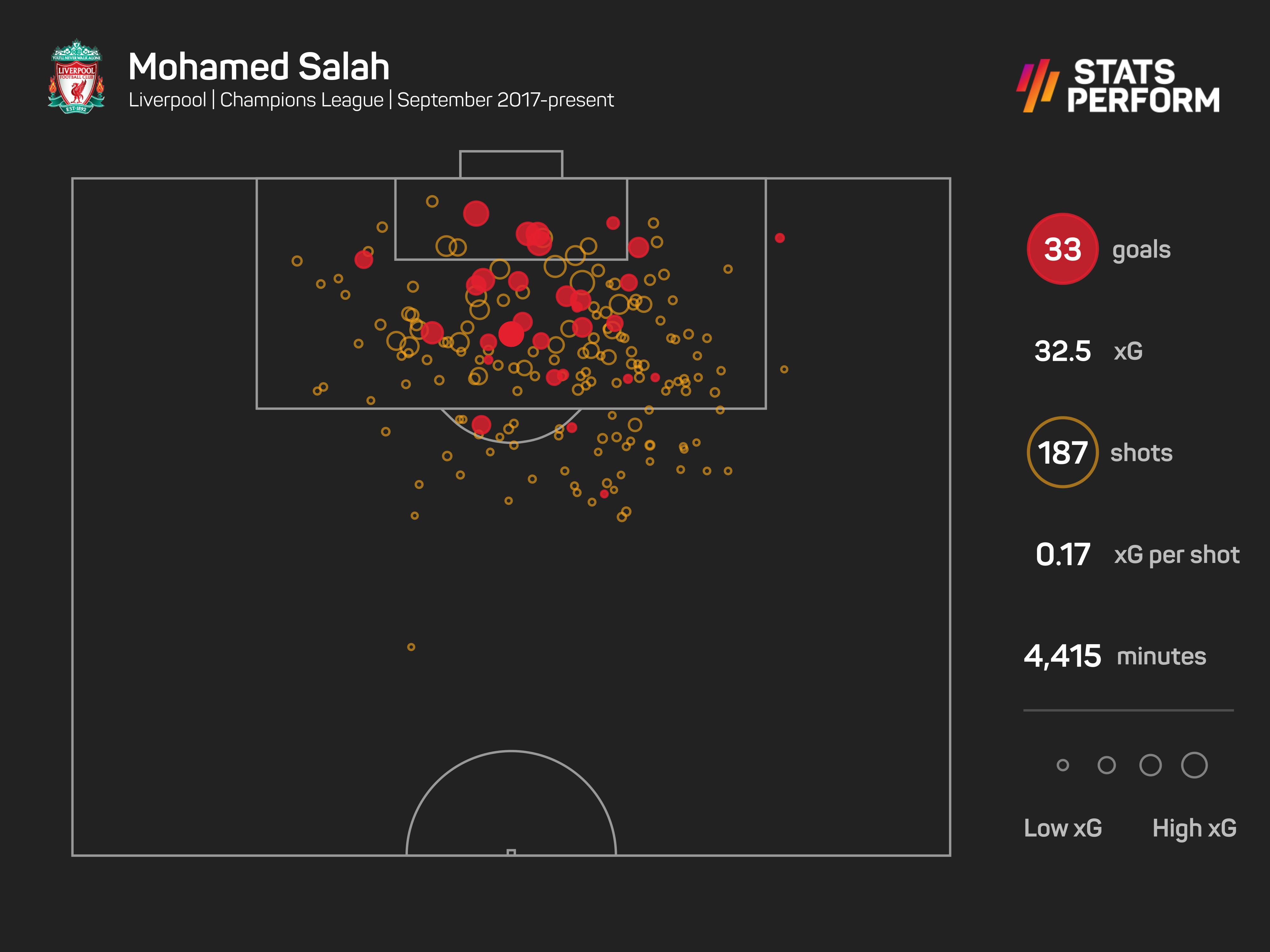 Liverpool are bidding to join Milan with seven European Cup/Champions League crowns, the second-most in the competitions' collective history.

Of course, the only team with more than seven are Madrid. Victory for them will take them to 14 titles, remarkably twice as many as any other club, a fact that really highlights their obsession with the competition.

Either way, a behemoth of European football will enjoy another memorable occasion in Paris on Saturday.

But if it's Liverpool who succeed, it'll be difficult to look at this as anything other than the early stages of English domination in the Champions League, given Premier League teams have won two of the past three already.