Pep Guardiola believes Manchester City have never dominated a team like they did against embattled neighbours Manchester United in Saturday's Premier League derby.

City completely outplayed United in a 2-0 victory at Old Trafford, where the Premier League champions humbled their bitter rivals thanks to Eric Bailly's own goal and a Bernardo Silva effort.

Guardiola's City have won more away Premier League games at Old Trafford than any other team (eight).

The all-round display against United delighted Guardiola, whose City enjoyed 67.4 per cent possession and had five shots on target compared to just one for the Red Devils.

"Maybe this was the game that we dominated for the most time," Guardiola said. 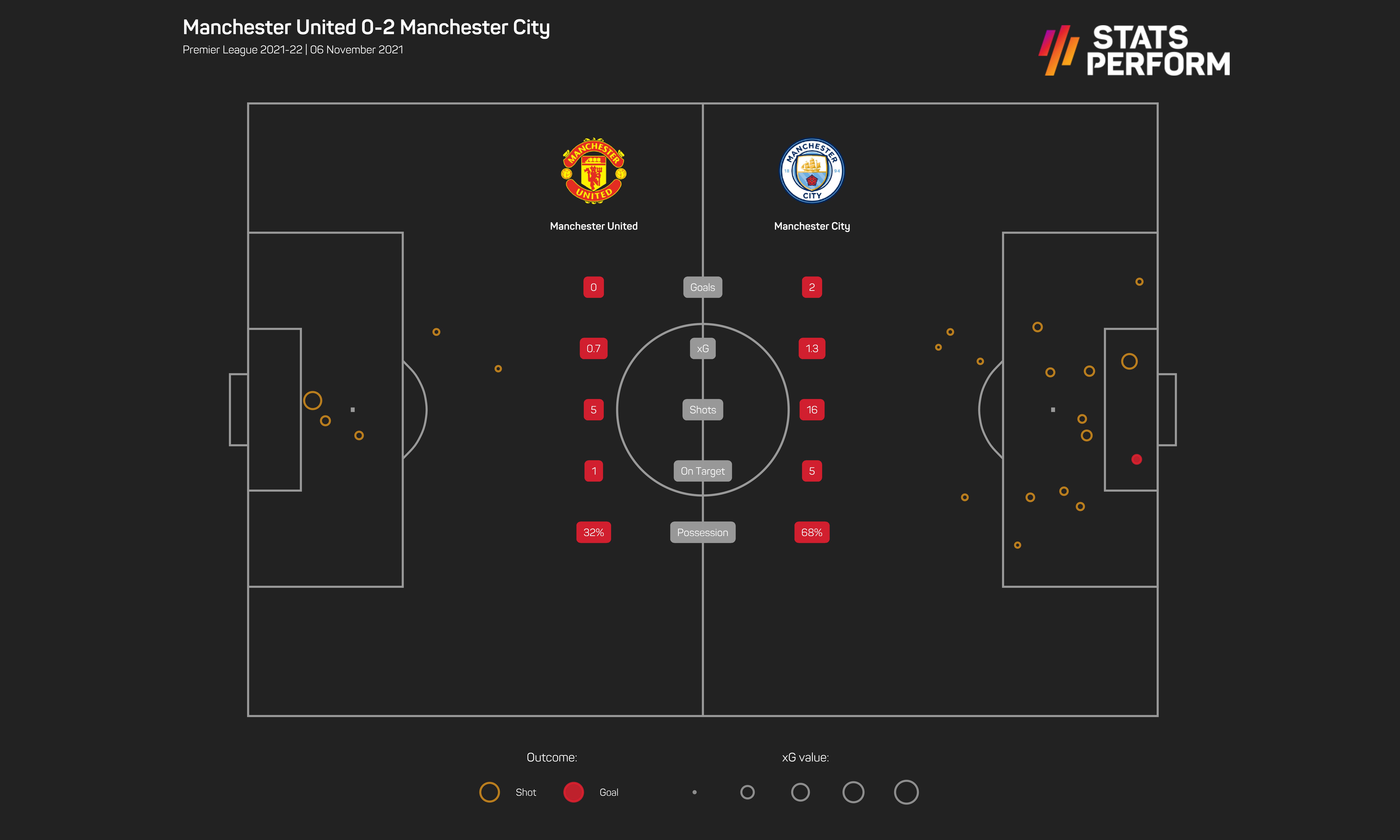 "Except for 10 minutes of the second half, the other 80 minutes were absolutely under control. There were other games, like the game when we could be champions at the Etihad [in 2018] when we were 2-0 up at half-time and after we lost 3-2.

"In the first half it could have been four or five but we lost 3-2. So, the second half we were not good.

"In some games we are good but not for as long as today, it is a game we controlled more specifically. We know each other better, we know the opponent better.

"The way we play a lot of passes we are still able for Phil [Foden] to arrive and [Ilkay] Gundogan and Kevin [De Bruyne] and Gaby [Gabriel Jesus] and Bernardo [Silva]. Arriving from behind is the best way to surprise the opponent and today we did it."

Stephen Curry is on the verge of history and believes he could break Ray Allen's three-point record in his next game.

Max Verstappen is level on points with Lewis Hamilton ahead of the final grand prix, but will win the title on races won if neither finish.