Facing Liverpool at Old Trafford is the "perfect game" for Manchester United to kick-start their season, Virgil van Dijk has warned.

United followed up a 2-1 home loss against Brighton and Hove Albion in their opening Premier League game of the campaign with a heavy 4-0 defeat at Brentford last weekend.

The Red Devils find themselves bottom for the first time since August 1992, which is the only previous occasion they lost their opening two games in the competition.

Erik ten Hag is the first United manager to lose his opening two games in charge since John Chapman in 1921 and the Dutchman's task does not get any easier.

United face fierce rivals Liverpool on Monday, when Van Dijk expects the home side to be extra motivated to get off the mark in front of their own fans.

"It's massive, but it's not about making a statement. We want to win and do everything that's possible to win there," Van Dijk said.

"This year they've had a difficult start and we've not had the best start that we wanted either, so it will be interesting.

"Obviously they're not in the best situation confidence-wise probably, but it's the perfect game to turn it around for them." 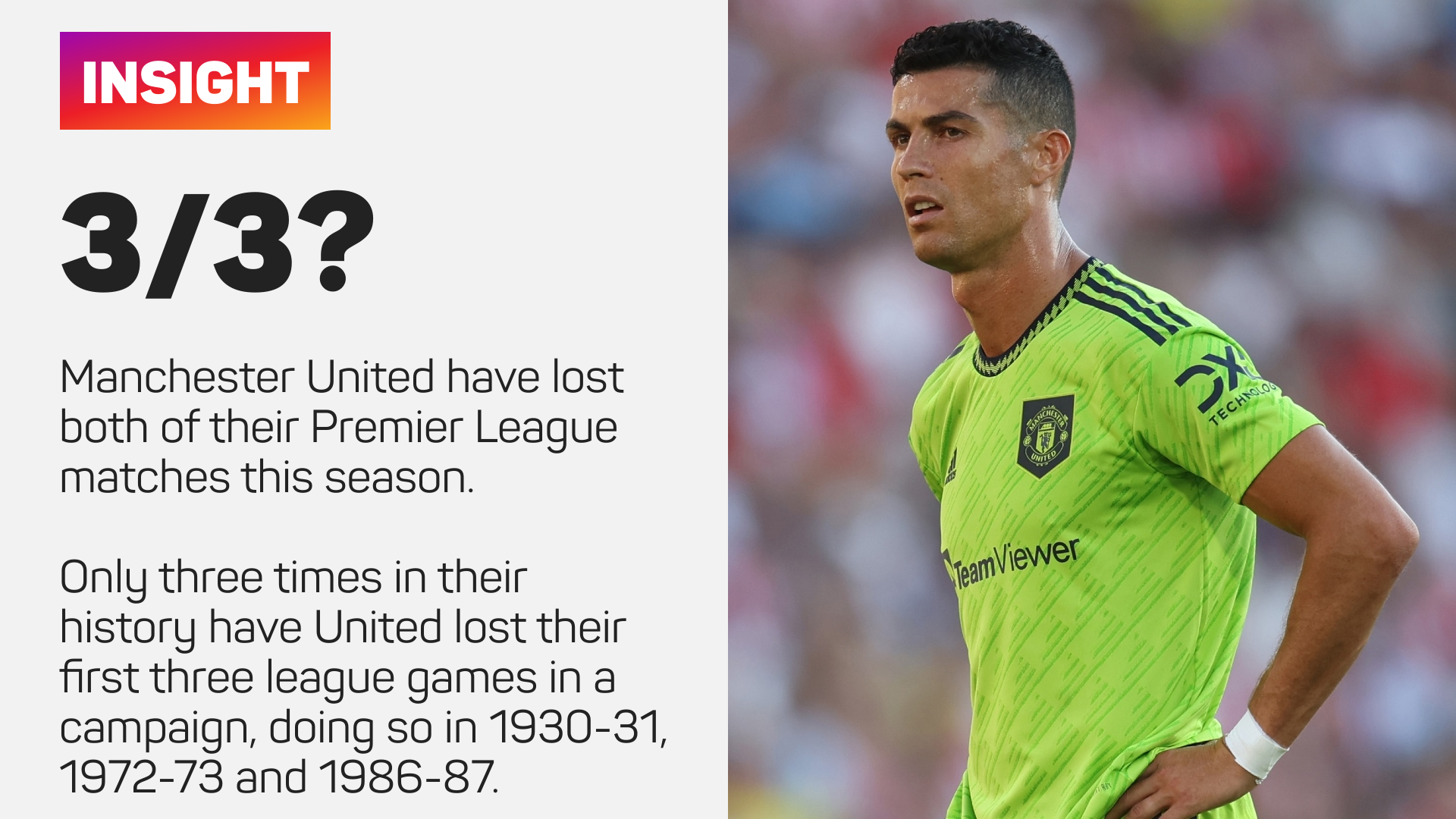 Liverpool finished one point behind champions Manchester City last season, but they have started the 2022-23 campaign with draws against Fulham and Crystal Palace.

That makes Monday's encounter the first time that United and Liverpool have been winless in the Premier League heading into this fixture.

Jurgen Klopp's side have won their past two league games at Old Trafford, including a 5-0 thumping last season, and are looking to make it three in a row for the first time.

"Over the years it’s proven tough for us to win there, though last year was a great result, we can't deny it," Van Dijk said.

"This week we showed a lot of good spirit and fight in training, and we've got to bring that to the game on Monday."