Diogo Jota looks the part for Liverpool this season and has already bagged some priceless goals as he prepares for a return to Wolves.

Jurgen Klopp described Diogo Jota as "an incredible package" as the Liverpool striker prepares for a birthday return to Wolves.

Portugal international Jota was acquired by Liverpool in a deal worth up to £45million in September 2020, with his arrival bringing instant competition for Roberto Firmino, Sadio Mane and Mohamed Salah.

Firmino is sidelined for now and in his absence Jota has been enhancing an already strong case to be a preferred pick to the Brazilian, delivering hard-working and goalscoring performances.

As he celebrates his 25th birthday on Saturday, Jota will be back at Molineux with Liverpool, facing the club where he made his name in the Premier League.

Jota has already been back once to his old stomping ground, scoring the only goal as Liverpool won 1-0 at Wolves back in March.

After hitting nine goals already this season, Jota will fancy inflicting another blow on his former employers. He and Mane are both one away from double figures for the campaign, while Salah is one shy of reaching the 20 mark already.

"I remember when I saw him for the first time, I thought he could be a player for me. The intensity he puts in makes a real difference, because at our level all the players are technically of incredible quality.

"You can make a difference with your attitude. That's what I was most excited about with Diogo." 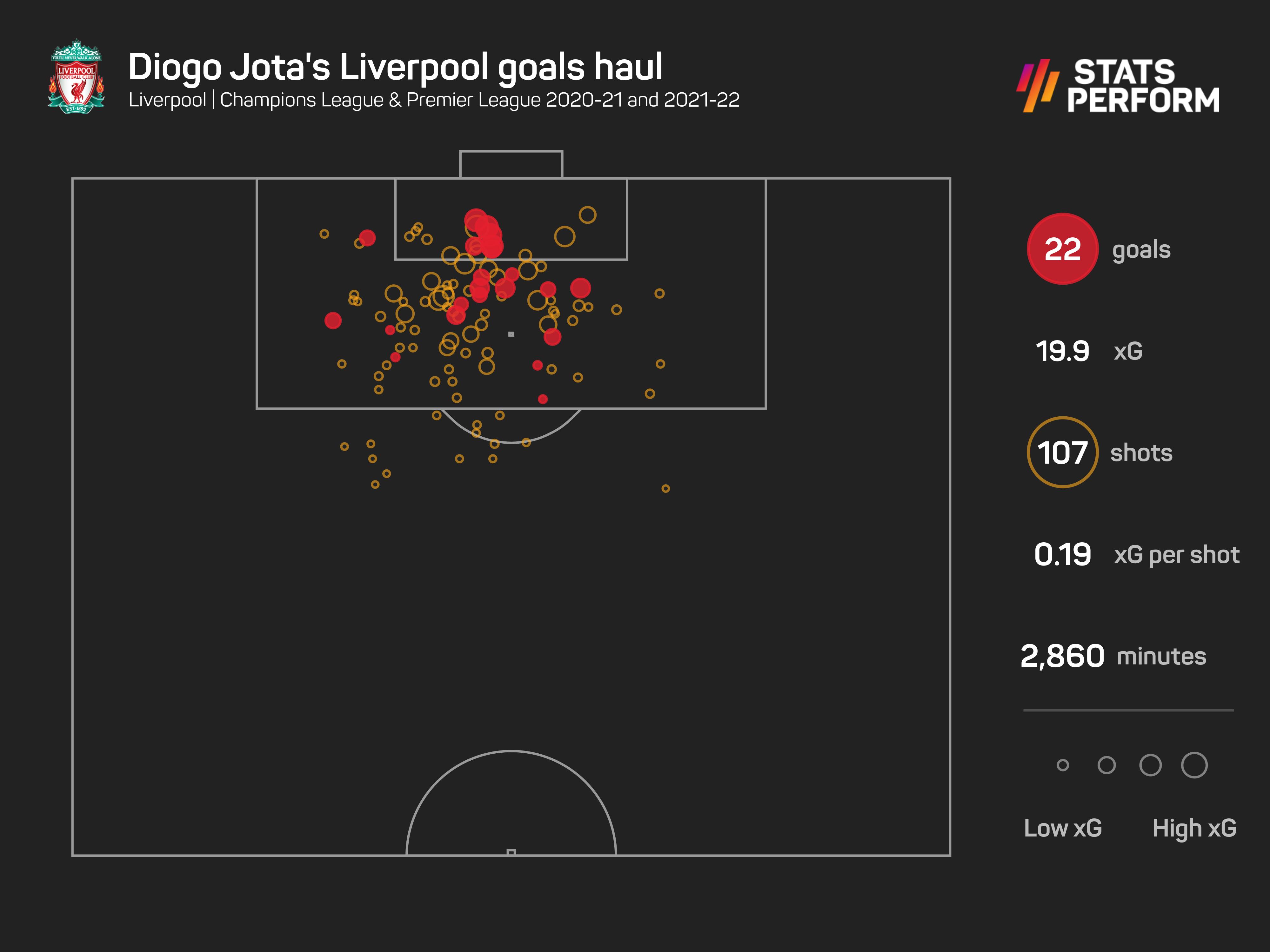 Jota hit 13 goals in 42 games in his final year at Wolves, then repeated that haul in just 30 games for Liverpool last season.

Klopp was always sure being a prolific goalscorer was in Jota's armoury, with Raul Jimenez having been the focal point of Wolves' attack and the Portugal international deployed in a wider role during their time as team-mates.

"People will say he didn't score an awful lot of goals," Klopp said of Jota, "but the problem is Wolves had probably the most intense style of play for wingers.

"He was very young then. For us, it was clear he would make the next steps with us and that's what he did."