Milan maintained their unbeaten start to the Serie A season with a 1-1 draw at Atalanta, leaving Stefano Pioli to highlight their maturity.

Stefano Pioli hailed Milan's resilience and maturity after the Serie A champions came from behind to claim a 1-1 draw at Atalanta on Sunday.

Milan looked set to suffer a first league defeat since a 2-1 loss to Spezia on January 17 when Ruslan Malinovskyi's long-range effort deflected past Mike Maignan.

However, Ismael Bennacer arced a terrific left-footed effort in off the post to spare the Rossoneri's blushes in the second half.

Although the result halted Milan's seven-match winning run in Serie A and denied the champions a perfect start to the new campaign, it offered further evidence of the Rossoneri's remarkable powers of recovery.

Milan have claimed more points from losing positions than any other Serie A side in 2022 (14), and the overall picture left Pioli satisfied.

"I go away convinced that we are strong, we have shown it," Pioli said. "Of course, there is the regret of not having won the game, it is a pity not to have won it, but I have seen a solid and mature team.

"The boys gave very little to a very strong opponent, we suffered less pressure. Later there will be many aspects to highlight in order to improve." 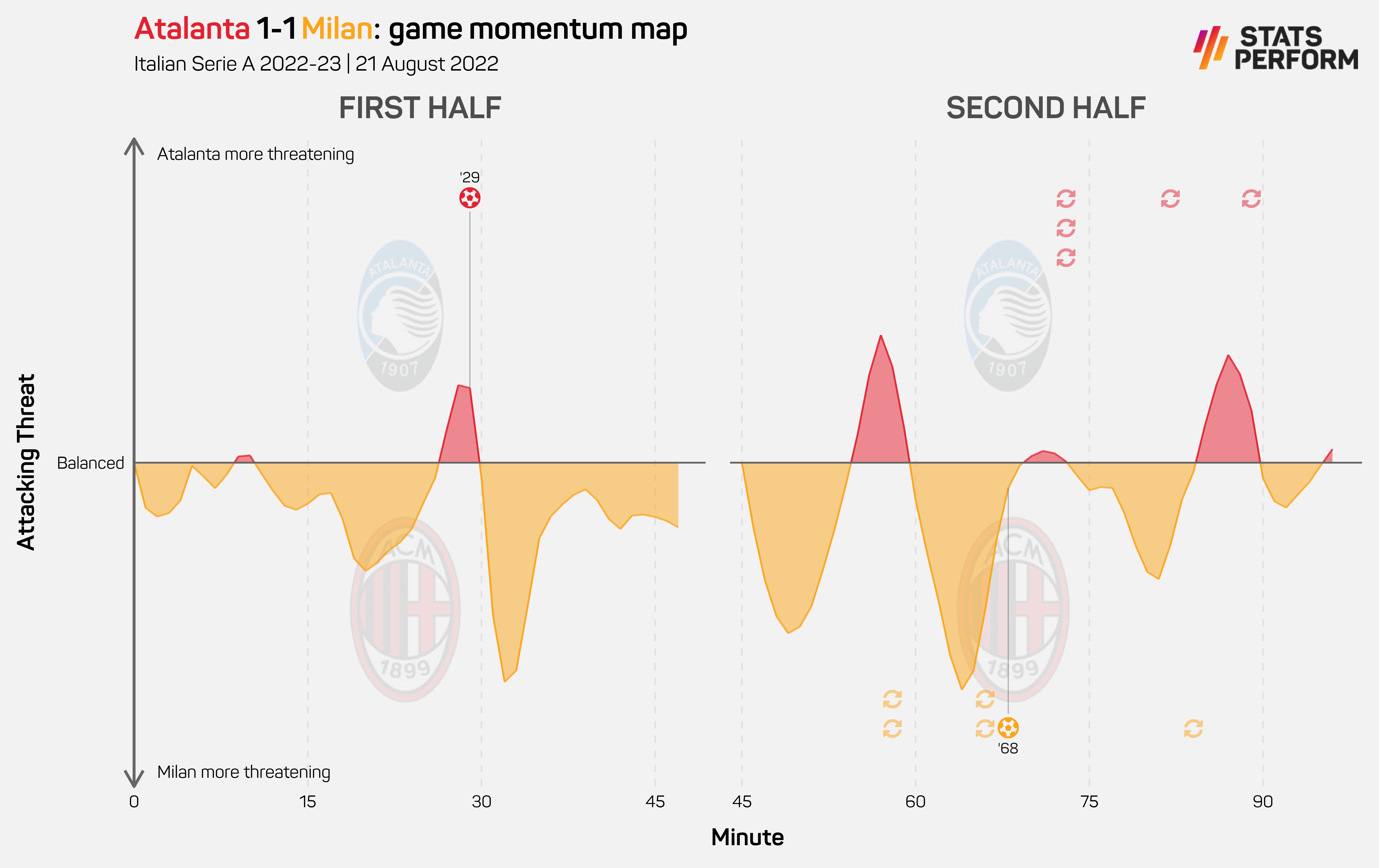 Milan also recovered from a goal down to beat Udinese 4-2 in a thrilling contest last week, meaning they have fallen behind in consecutive Serie A matches for the first time since November 2021 (a 1-1 draw with Inter and a 4-3 defeat to Fiorentina).

Although Pioli was relieved at clinching a point against a lively Atalanta, the Rossoneri boss did highlight the need for attacking improvements, adding: "The last step was missing.

"[Junior] Messias' two chances, but also [Pierre] Kalulu's, are chances that you have to try to take advantage of. We'll go to work on these details, we faced a strong team that bothers everyone."

Recent arrival Charles De Ketelaere impressed after entering the fray as a second-half substitute in Bergamo, and Pioli is looking forward to seeing more of the former Club Brugge attacker in the coming weeks.

"He is growing, he is working on an equal level with his team-mates, the setting requires mutual knowledge, but he is a quality player," Pioli added.

"He will give us the right satisfactions, he will make us have fun. Now I can't tell you if he will play against Bologna [on Saturday], but we will start a period of matches every three days. Everyone will be starting."