England have not won a single competitive game in 2022, but Terry Butcher does not think their poor form will continue at the World Cup.

Gareth Southgate's team are the only nation to reach the semi-finals at each of the last two major tournaments, having been beaten by Croatia in the last four at the 2018 World Cup before losing the Euro 2020 final to Italy.

Despite their strong tournament record in recent years, England arrive in Qatar in poor form after being relegated from Nations League Group A3 following a winless campaign in the competition.

However, Butcher believes England may replicate their feats from four years ago by springing a surprise in Qatar.

"I think a lot of people will see them as less looking like winners, because this year has been very disappointing for England," Butcher told Stats Perform.

"When you look at it and you step back, it's dropped the expectations. The expectation levels are down now, compared to what they were at the start of the year.

"I think a lot of that is very similar to Russia in 2018, when a lot of people were not expecting them to do particularly well.

"I think there'll be more determination with the pressure off, like it was in Russia. Then you've got the timing of the tournament and English players will be fresh.

"There's a few injury problems and concerns, but there's no burnout, and there's no mental tiredness like there is when it comes to the summer championships. This is unique for the English players as well. So I think that'll benefit us very much.

Despite overseeing two memorable major tournament campaigns since taking charge in 2016, Southgate has been subject to fierce criticism in recent weeks. 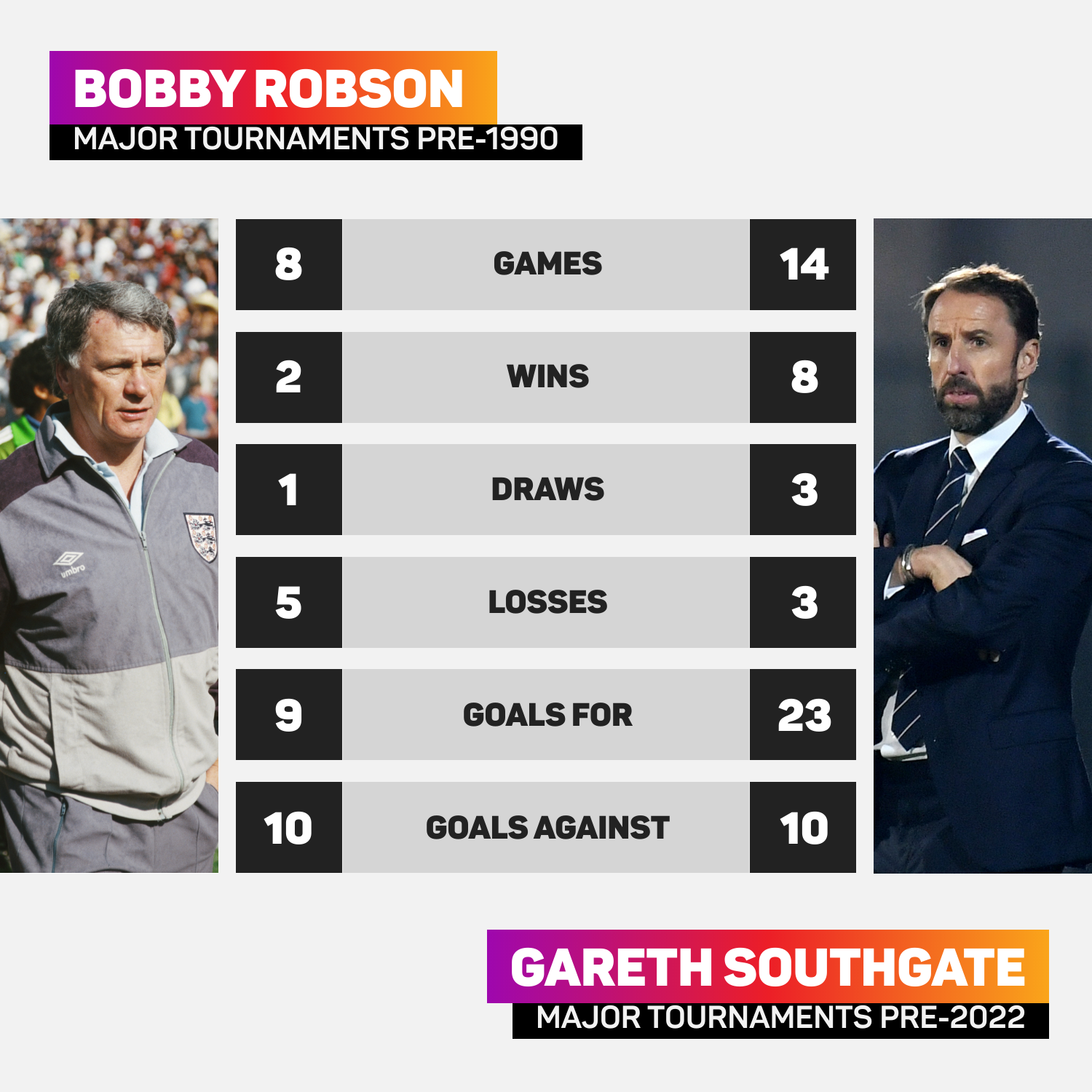 However, Butcher believes Southgate's record cannot be questioned and says the depth of talent at England's disposal makes them genuine contenders to win the World Cup.

"There aren't many England managers that have won cups and titles and all that sort of thing," Butcher said when asked about Southgate.

"He's got problems in terms of who to leave out as much as who to put in. There is a plethora, if you want to use that word, of talent. It's about finding the right blend on the day.

"But it's a lovely position to be in. I just hope now that England can take the shackles off and have that belief that they can win it. That'd be really nice if they could do that.

"There's no doubt the talents there. Fitness will be there. The mental strength will be there, which I hope has been even made more acute by the failure last year to win the final."

Kimmich: Germany's World Cup exit 'the most difficult day of my career'

Bierhoff 'angry' after Germany crash out of World Cup

Germany made another early World Cup exit despite beating Costa Rica, paying the price for losing to Japan.

Spain look likely to head into the opposite side of the World Cup draw to favourites Brazil, but Sergio Busquets says that is unimportant.

Germany's win over Costa Rica was not enough to keep them in the World Cup, and Hansi Flick believes wholesale change is needed.

Spain got through to the last 16 by the skin of their teeth, but it turns out Luis Enrique was not even aware they were briefly heading out.

Despite victory over Costa Rica, Germany are out of the World Cup, with Kai Havertz likening their exit to a 'horror movie.'

The NBA's leading scorer put up 35 points and 10 assists for the Mavericks, but the Pistons' unpredictable offense got the job done.

The Atlanta Hawks will be missing two of their starters for at least the next week after a pair of injuries against the Orlando Magic.