Didier Deschamps left Olivier Giroud out of his squad once more and challenged his stars to seal a World Cup place at the first opportunity.

Didier Deschamps has told his France players to end their year of mixed fortunes on a high note as the World Cup holders attempt to seal their Qatar 2022 place.

A dismal Euro 2020 effort, where pre-tournaments favourites France were knocked out in round two by Switzerland, was followed in October by Les Bleus winning the Nations League.

Now they can make sure of a return to the biggest stage as the final internationals of the year loom. France have a home game against Kazakhstan on November 13 and go away to Finland three days later. If they beat Kazakhstan, their place in next year's finals will be secure.

Deschamps wants that put to bed as soon as possible, saying: "You know what happened this summer, with our early elimination at the Euros. That didn't stop us from doing good things with the joy of winning the Nations League.

"If you add in the qualifiers, that made it three goals for us in the same year, which is rare.

"Let's make sure we get two out of three to have the peace of mind to go into next year, which will be a special year with the World Cup in November."

There were no great surprises in Deschamps' 23-player squad, which was revealed on Thursday, with veteran striker Olivier Giroud not yet back in favour. The 35-year-old striker, who sits second on France's all-time list of leading scorers, last featured in the penalty shoot-out defeat to the Swiss in Bucharest back in June. 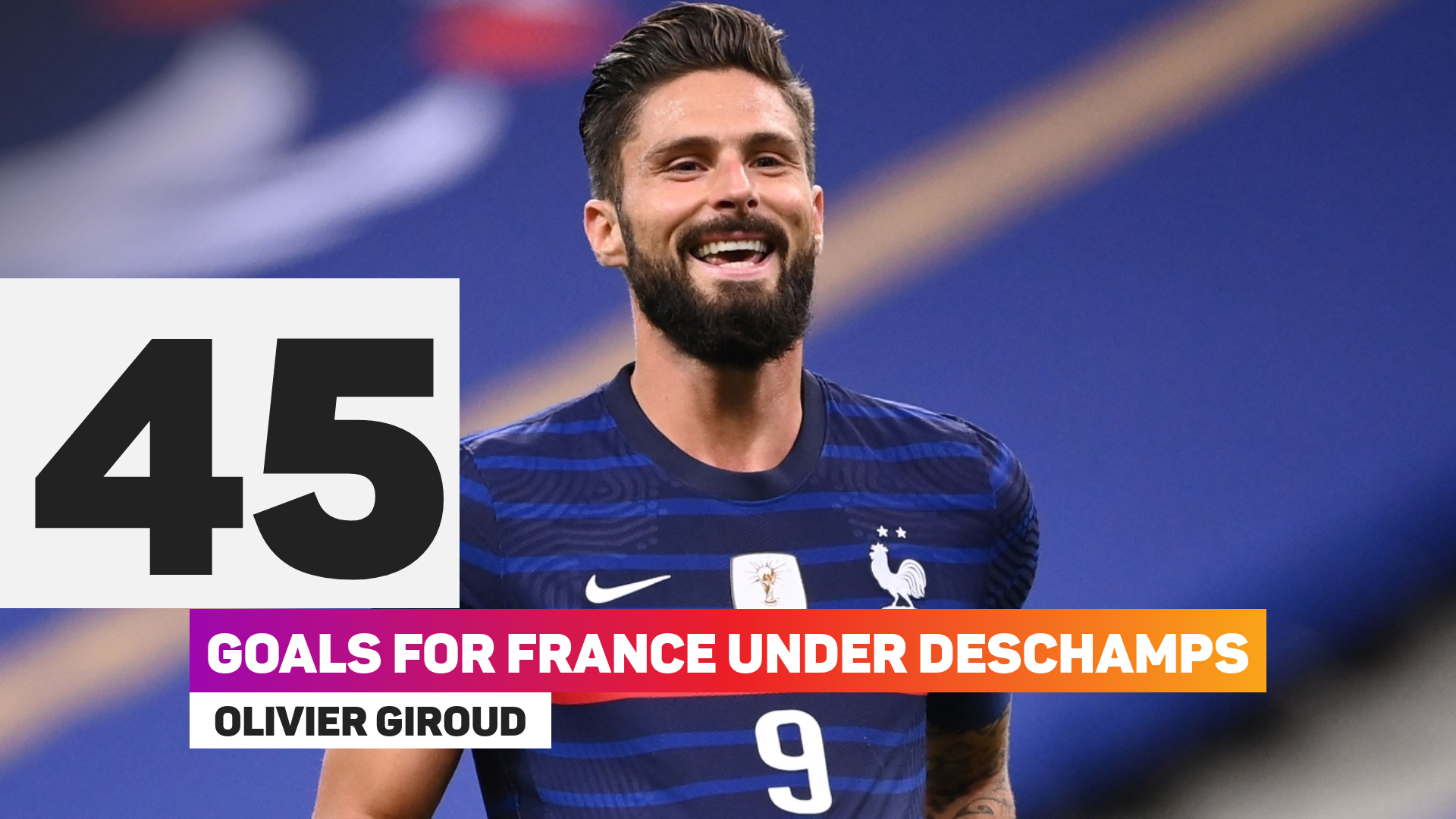 Deschamps said Giroud, who is building up his fitness at Milan, is "doing some interesting things" when he plays with the Rossoneri. He started against Porto in the Champions League on Wednesday evening.

"He is not there, but he is one of the serious candidates," Deschamps said. "I can only encourage him to keep doing what he does very well."

West Ham defender Kurt Zouma earns a recall after impressing since leaving Chelsea for their London rivals, and he was joined by Hammers goalkeeper Alphonse Areola, who is on loan from Paris Saint-Germain and has yet to feature in the Premier League this season. He comes in for the injured Mike Maignan.

Manchester United's Anthony Martial and Raphael Varane miss out, with the former coming back from injury and the latter newly sidelined with a hamstring problem.