Vinales denies agreeing Aprilia deal but is considering his future

Spaniard Maverick Vinales is frustrated at not being able to show what he is capable of at Monster Energy Yamaha.

Maverick Vinales has denied he has agreed to make a shock move to Aprilia but says he has been thinking about leaving Monster Energy Yamaha since the start of the season.

Talk of Vinales potentially being on the move swept through the paddock at Dutch TT this weekend.

The 26-year-old Spaniard is contracted to Yamaha until 2022 but he has been linked with a switch to become Aleix Espargaro's team-mate next year.

Vinales said he has not agreed a deal with Aprilia, yet gave a strong indication he will seek pastures now after finishing second behind MotoGP championship leader Fabio Quartararo in Assen on Sunday.

"No it's not true," Vinales told DAZN after being asked if he was joining Aprilia

"Now, for the moment we go to the summer break and we'll see.

"Of course it's an option [to move on], I'm thinking about it since the beginning of the season, because I'm not able to show my full potential, I can't tell you more." 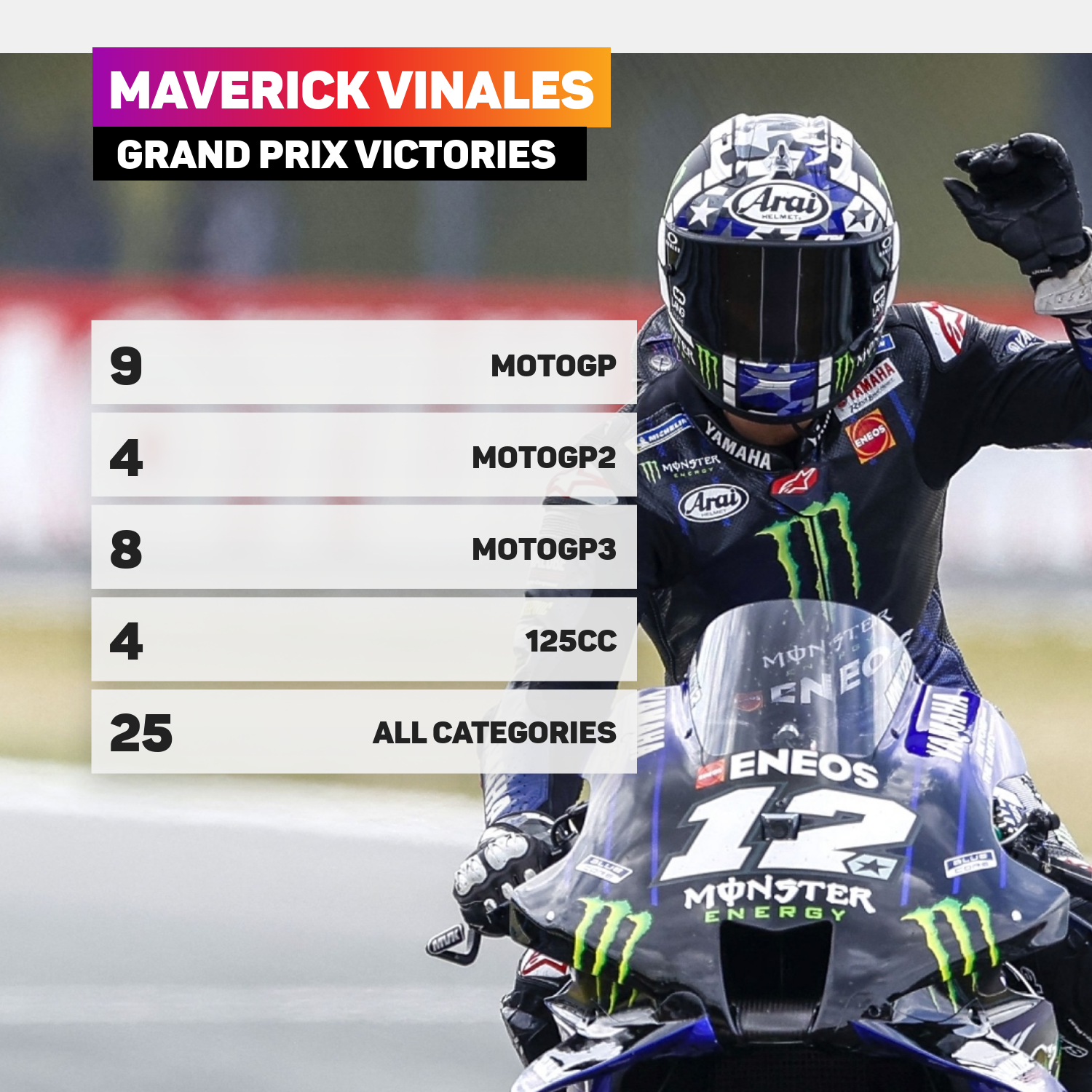 He told DAZN: "We don't know if Maverick will be on the market for 2022. If he is released by Yamaha, then he will certainly be of interest to us.

"But it is all to be built. First of all, we have to see if the rider is available and if he is willing to come to us. We have not spoken with him yet. But if he is released from Yamaha we will talk to him immediately."

Vinales to leave Monster Energy Yamaha at end of 2021 season

Spaniard Maverick Vinales will leave Monster Energy Yamaha at the end of the 2021 season as speculation mounts of a deal with Aprilia.

Vinales denies agreeing Aprilia deal but is considering his future

Spaniard Maverick Vinales is frustrated at not being able to show what he is capable of at Monster Energy Yamaha.

Frenchman Fabio Quartararo will enjoy the summer break with a lead of 34 points after a his win in Assen.

After five poles in a row, Fabio Quartararo was pipped by Johann Zarco in Germany and is not convinced of his Sunday chances.

Miguel OIiveira claimed a third career win in MotoGP, as six-time champion Marc Marquez and five others crashed out in Barcelona.

Quartararo revelling in qualifying feats after latest pole in Catalunya

Fabio Quartararo is the man to beat in MotoGP this season – both on race day and in qualifying, as he proved again in Barcelona.

Ducati rider Jack Miller won the Spanish Grand Prix as Marc Marquez came through the scene of his injury in 2020 to finish ninth.

While Fabio Quartararo explained the key to back-to-back wins, Joan Mir made clear his satisfaction with a podium place.

Frenchman Fabio Quartararo took over as the MotoGP championship leader by securing back-to-back wins as Marc Marquez made a welcome return.

Monster Yamaha sealed a second Qatar win in as many races thanks to Fabio Quartararo on Sunday.