Max Verstappen relished being able to deliver another win at the Red Bull Ring in front of his 'orange army' in Sunday's Austrian Grand Prix.

The Formula One drivers' championship leader secured a third straight victory and second at Spielberg in two weeks.

As at the Styrian GP, Verstappen led from start to finish having taken pole position on Saturday.

The Dutchman now has two poles, four wins, six podiums and 139 points at the Red Bull Ring, reserving his best returns at any circuit for Red Bull's home race.

"It was incredible, to be honest," Verstappen said. "The car was unreal, every tyre set we put on was really enjoyable to drive.

"It's pretty insane. I'm a bit amazed myself how it went – I didn't expect it to be like this.

"Incredible job by everyone to deliver something like this. Of course, when you go into the weekend, everyone sees you as the favourite, but it's never easy to actually always deliver what we did.

"It's a great effort by the whole team and also by Honda, I think the whole package...

"These two weeks, especially here, it's been incredible."

Verstappen had the support of a large, loud crowd, dressed in orange and cheering their man home.

"It was insane to see all the fans here," he added. "There's so much orange, it's incredible. A great motivation as well.

"Especially the last lap, there was a lot of orange all over the track. Thank you very much for coming." 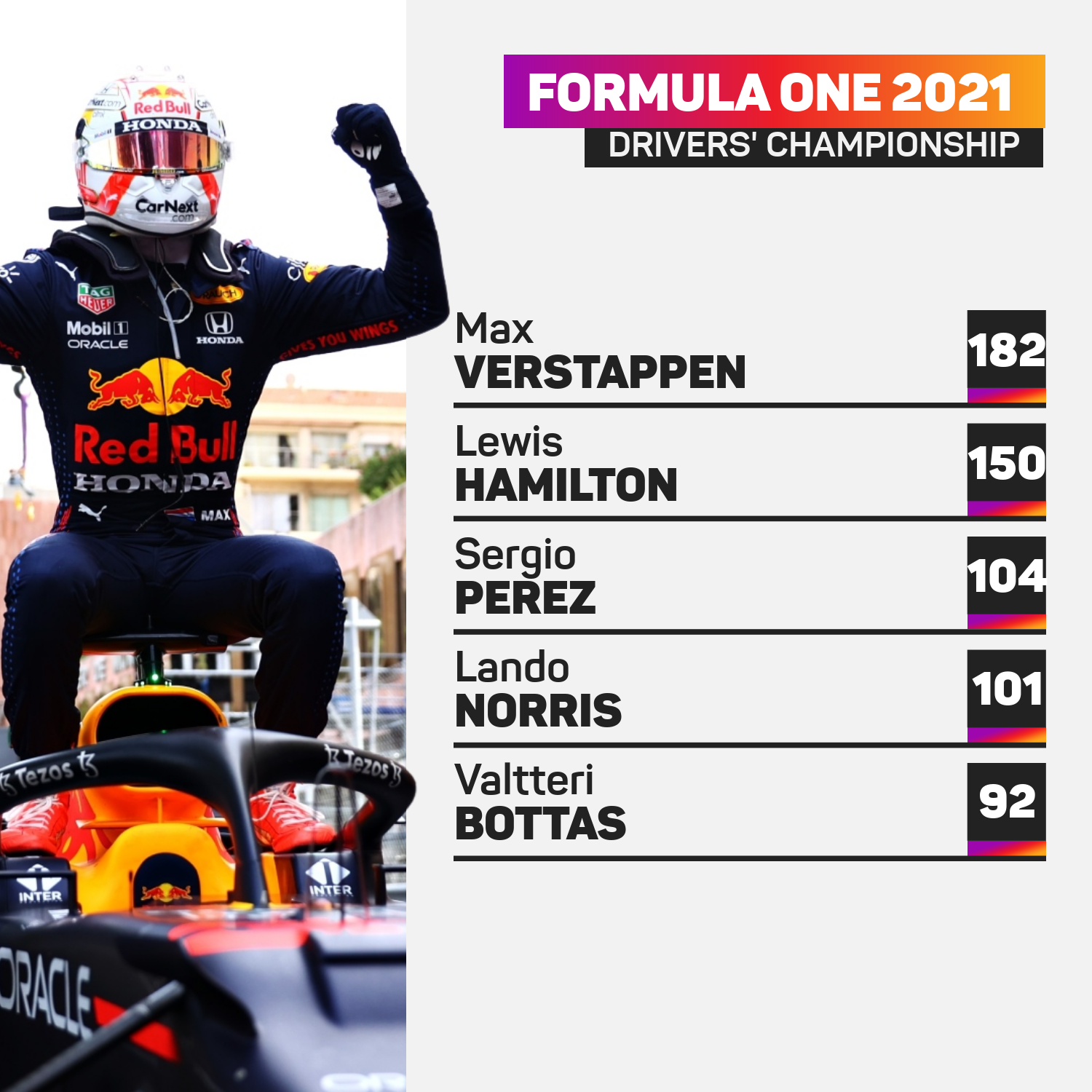 Lando Norris, who recovered from a controversial five-second penalty, also earned encouragement from the fans, though, finishing third ahead of Verstappen's title rival Lewis Hamilton.

His run of 14 straight races in the points is the best of his career and the best ongoing streak in F1.

"It was a lot of fun," Norris said, before giving his take on the incident involving Sergio Perez. "It was a good race, exciting, but I'm disappointed because it should have been second place.

"I thought lap one was just racing really – he tried to go around the outside of me, which was a bit stupid. He ran off the track himself, I didn't even push him. I don't know.

"I was frustrated, but I'm also happy with P3. We had very good pace and I'm happy."

Valtteri Bottas clung to second in front of Norris, but the Briton was confident his McLaren could tussle with the best.

"I could keep up with him a lot, even in the dirty air – just not enough to get into the DRS," he said. "As soon as I got close to within one second, I started struggling too much.

"Shoulda, woulda, coulda, in the end.

"It's nice to know that we could be there and we could race them. It's probably the first race in many years I'm actually racing the Mercedes and the Red Bulls.

"Hopefully we can keep it up next time."

Norris 'not in perfect condition' for British GP after Wembley incident

Lando Norris had his watch taken in an "incident" at the Euro 2020 final on Sunday and the McLaren driver says he is not in the best shape.

There were a number of incidents at Wembley on Sunday, and McLaren have revealed Lando Norris had his watch taken from his wrist.

Verstappen coasts again in Austria after Norris holds up Hamilton

Sergio Perez made it to the finish line before his Red Bull broke down on Sunday, with the team belatedly enjoying some good fortune.

Max Verstappen produced an assured drive to win the Monaco Grand Prix for the first time in his burgeoning career, as Mercedes struggled.

McLaren have tied up Lando Norris on a new deal, with the ambitious British driver hoping the partnership can continue to blossom.