Tokyo Olympics: Ali, Leonard, Joshua and other boxing stars the class of 2021 will look to emulate

Many a seed of boxing superstardom has been sown at the Olympic Games. Here are 10 of the very best.

While most Olympic sports are about elite athletes reaching the pinnacle, few are more effective in pointing us towards the superstars of tomorrow than boxing.

That is not to say Olympic gold in the ring cannot be a crowning career achievement in its own right, but making a national squad for the Games can often precede a glittering career in the professional ranks.

Here, we look at some of the men and women they will be looking to emulate.

Still known as Cassius Clay, 'The Greatest' first showcased his dazzling skills to the world as an 18-year-old at the Rome Games in 1960, carving out an elegant path to gold in the light-heavyweight division. Poland's 1956 bronze medallist and reigning European champion Zbigniew Pietrzykowski presented some problems with his southpaw style in the final but Ali would not be denied. 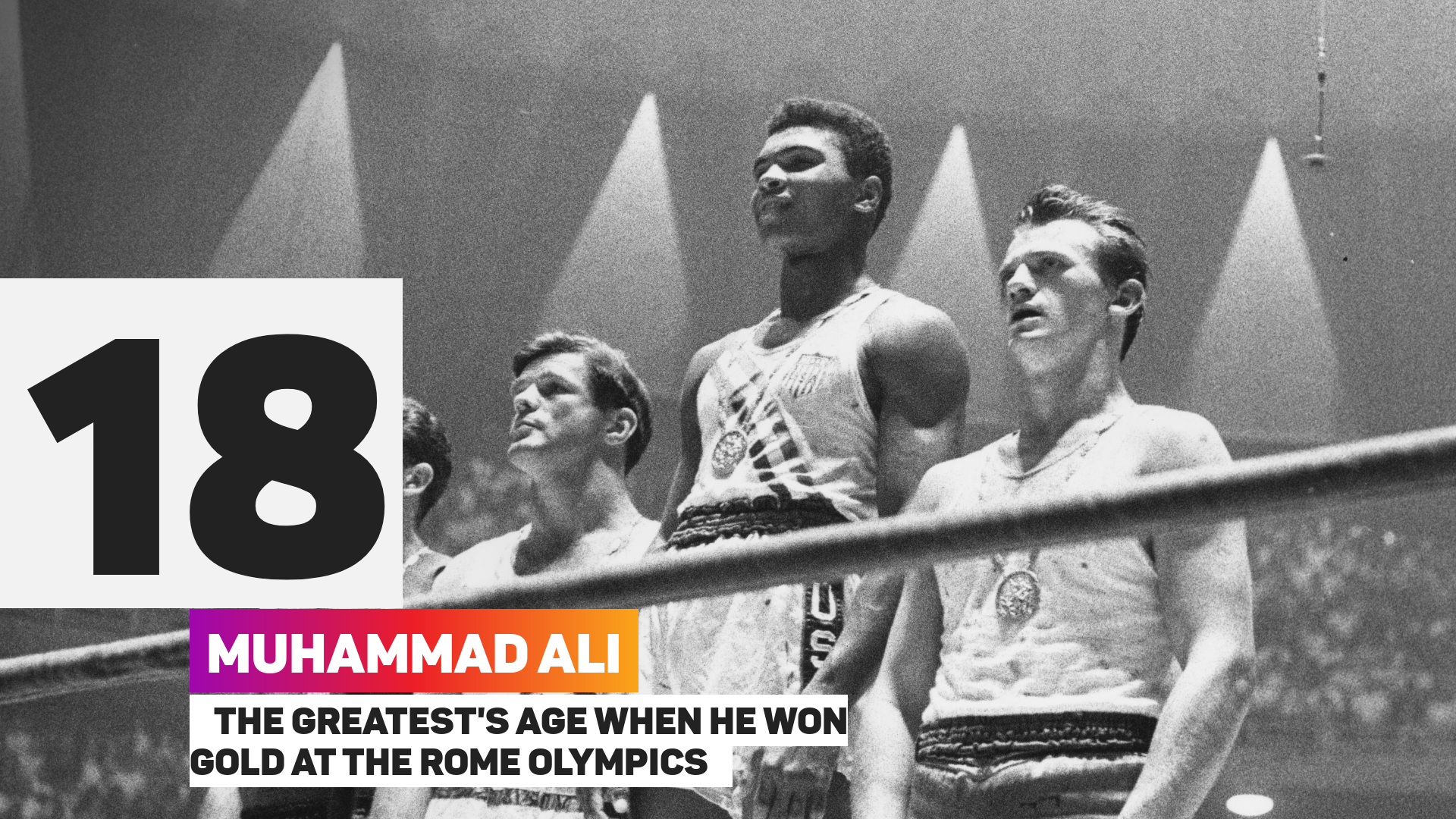 Future rivals Joe Frazier and George Foreman followed in Ali's footsteps with heavyweight gold in 1964 and 1968 respectively, but by the time that celebrated heavyweight era was winding down the United States had another golden generation of talent to get excited about in the form of their 1976 Olympic squad. The cream of the crop was a light-welterweight Leonard, who dazzled on his way to gold – not dropping a single round and then putting Cuban knockout artist Carlos Aldama on the canvas and forcing a standing eight-count in a stunning final victory.

In a fitting precursor to his professional career, Lewis found Olympics glory was something worth waiting for. Representing Canada, he lost to American Tyrell Biggs at the 1984 games before returning four years later to stop Riddick Bowe in the Seoul 88 super-heavyweight final. Lewis avenged the Biggs loss early in his pro-career and a maiden reign as WBC champion came when Bowe refused a mandatory defence against the Briton. Career-defining wins over Evander Holyfield and Mike Tyson to stand tall among his peers remained the best part of a decade away.

De la Hoya captured the hearts of a nation with his mega-watt smile, making good on his mother's dying wish that he would become Olympic champion. The all-action Mexican-American with a devastating left-hook saw off Germany's Marco Rudolph in the lightweight final at Barcelona 92. The 'Golden Boy' moniker that would dominate the sport in the ring and – more significantly – in a commercial sense for a chunk of the modern era was born and De La Hoya went on to win professional world titles in six weight classes.

For those hopefuls who leave Tokyo without gold, there are plenty of examples of elite fighters who went on to incredible success without Olympic glory. None more so than all-time great Mayweather, who had to settle for bronze at Atlanta 96 after a controversial points loss to Serafim Todorov. After 50 professional fights and 26 unblemished world title contests across five weight divisions, the unheralded Bulgarian Todorov – who had a brief 6-1 pro career – remains the last man to beat Mayweather in a boxing ring.

Another US stylist who went his entire professional career without ever tasting defeat, Ward actually managed to go one better than Mayweather before dominating at super-middleweight and light-heavyweight. At the Athens 2004 Games, the Californian outpointed Magomed Aripgadjiev of Belarus to claim light-heavyweight gold.

Ukrainian master Lomachenko boxed for a world title in his second professional fight and quickly became one of boxing's leading pound-for-pound stars. That unprecedented progress through the paid ranks makes a little more sense when you consider his utterly absurd amateur record of 396 wins and one defeat. It wasn't really as if anyone in either the featherweight division at Beijing 2008 or at lightweight during London 2012 stood too much of a chance as Lomachenko swept to consecutive golds. 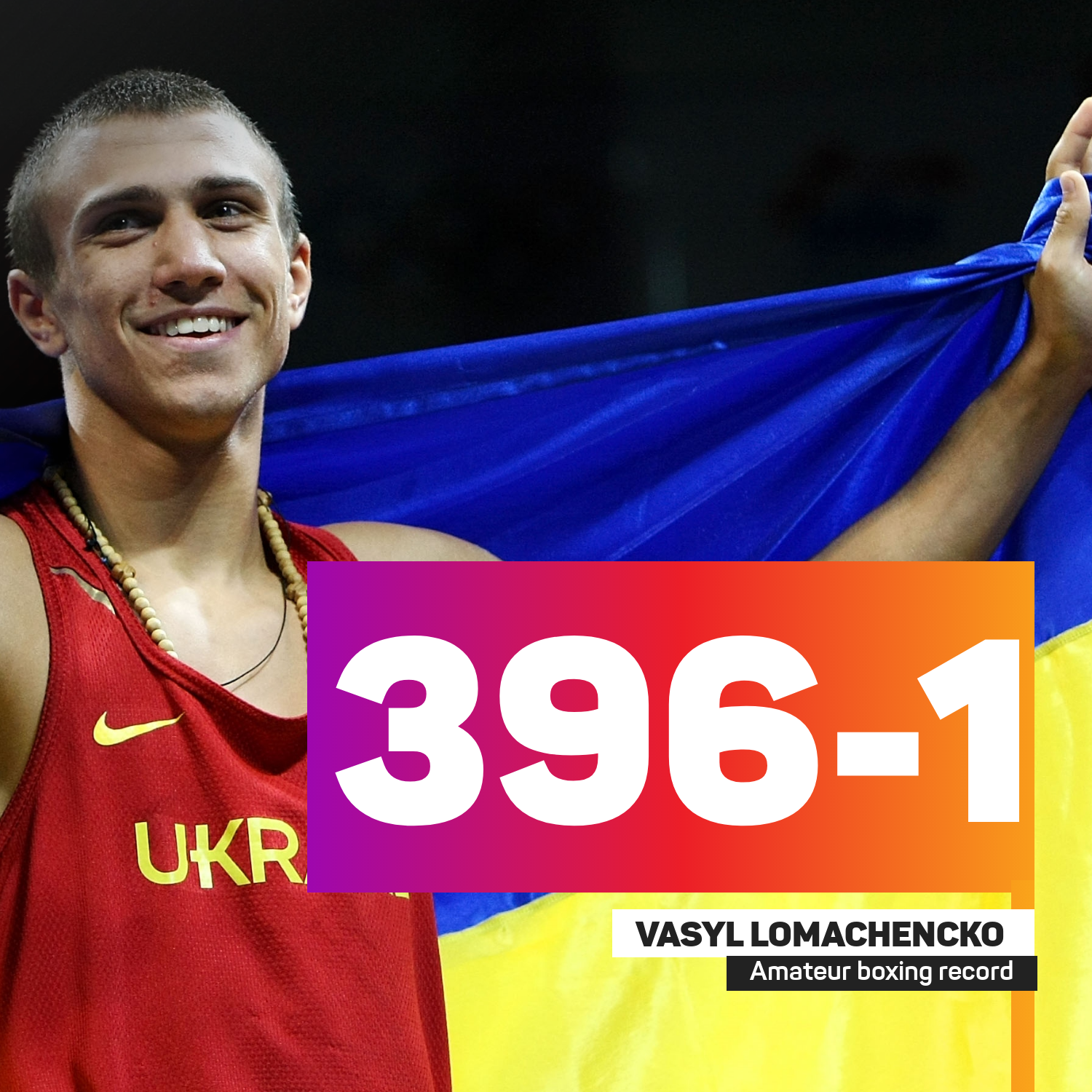 Packed crowds roaring Joshua on to glory are a long-established theme of his two reigns as unified heavyweight champion. Joshua first felt the thrilling weight of a nation behind him when he snuck past reigning Olympic champion and two-time super-heavyweight champion Italian Roberto Cammarelle on countback at the ExCel Arena on the closing weekend of London 2012, having trailed by three points going into the final round.

The only fight on the same level as Joshua's gold medal bout – and arguably a level above – in terms of noise at London 2012 was Taylor's opening clash against Great Britain's Natasha Jonas, a rivalry they reprised in the pro ranks earlier this year. Both times, Taylor in all her whirring majesty was successful and the Irish icon secured lightweight gold in the English capital. She was a five-time world champion in the amateurs and, even though she could not go back-to-back in Rio, she then turned over and set about redefining women's boxing all over again as a two-weight world champion.

Taylor has indisputably blazed a trail for female boxers and it is one the classy and cocky Shields has ebulliently followed. Victories over Russia's Nadezda Torlopova at London 2012 and Nouchka Fontijn of the Netherlands at Rio 2016 gave the American back-to-back middleweight golds. She became an undisputed middleweight champion in the pros with a unanimous decision win over the great Christina Hammer in April 2019, before dropping down to do likewise at super-welterweight versus Marie Eve Dicaire earlier this year.

Manny Pacquiao: The final chapters of a storied boxing career

Canelo and Plant set for undisputed title bout on November 6

The 40-year-old David Haye says he has no intention of making a "traditional comeback" but will fight his friend Joe Fournier next month.

Pacquiao gets new opponent as injured Spence ruled out

Manny Pacquiao will now take on Yordenis Ugas on August 21 instead after Errol Spence Jr was ruled out.

The Tokyo Olympics came to a close on Sunday, but only after 13 more gold medals were handed out.