The Philadelphia 76ers won for a third straight game with James Harden in their ranks, while the Miami Heat lost to the Milwaukee Bucks.

James Harden continued his impressive start to life with the Philadelphia 76ers by dazzling in Wednesday's 123-108 victory against the New York Knicks on his home debut.

The 10-time NBA All-Star starred with 26 points, nine assists and nine rebounds to make it three wins from three since arriving from the Brooklyn Nets last month.

Joel Embiid led the scoring with 27 points, while Tyrese Maxey added 25 as the 76ers won for a fourth game in a row and improved to 38-23 for the season.

Doc Rivers' side now sit two games back of the Miami Heat for the top spot in the Eastern Conference standings after the latter lost 120-119 to the Milwaukee Bucks.

The Heat led by 14 points with six minutes to play but could not see out a fifth victory in a row, with Jrue Holiday's driving layup with 1.9 seconds to go completing the comeback. 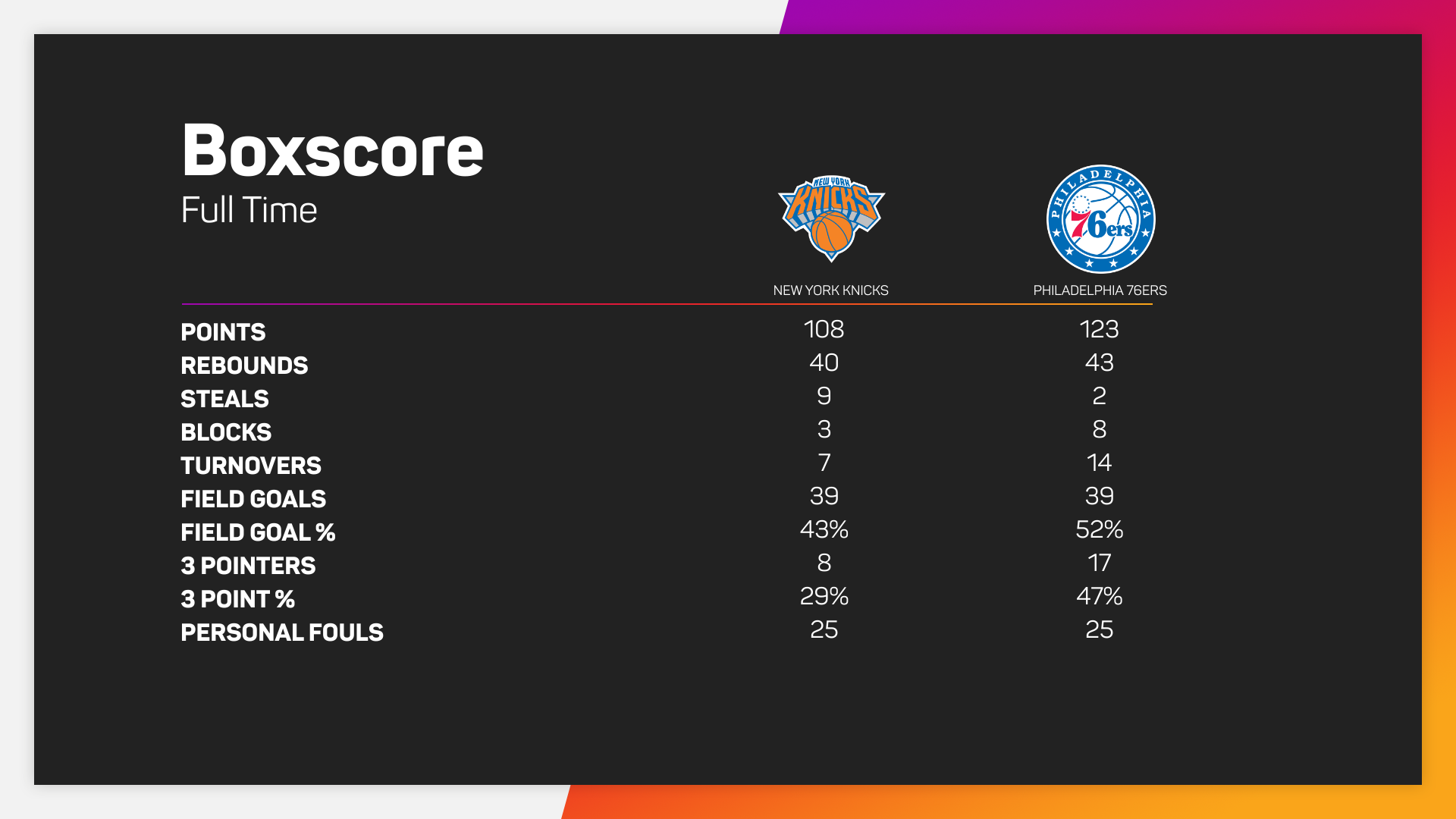 The Phoenix Suns became the first team to reach 50 wins this season by easing to a 120-90 victory over the Portland Trail Blazers at Footprint Center.

Cam Johnson scored 20 points and Deandre Ayton added 18 as the Suns made light work of being without Chris Paul and Devin Booker, the latter entering the league's health and safety protocols.

Portland briefly put up a fight and were ahead early in the second quarter, but the hosts rallied to lead 63-48 at half-time and pulled further ahead to keep a two-game lead over the Chicago Bulls atop the Eastern Conference.

The New Orleans Pelicans wore yellow socks for their 125-95 win over the Sacramento Kings in a show of solidarity with Ukraine after the country was invaded by Russia.

"It's a big mess," said Lithuanian center Jonas Valanciunas, who had 17 points and 14 rebounds. "We're just trying to bring more attention. The enemy is still out there. Innocent people are still dying.

"The whole world is talking about sanctions, support, prayers – but something else has to be done because the war is still going on. It's been a tough seven days."

Elsewhere on Wednesday, injury-depleted Oklahoma City Thunder pulled off a surprise 119-107 win over the Denver Nuggets, while Donovan Mitchell scored 37 points as the Utah Jazz held off the Houston Rockets 132-127.

The Cleveland Cavaliers lost for a fifth time in six games with a 119-98 loss to the Charlotte Hornets, despite the return of Darius Garland from injury, and the Indiana Pacers beat the Orlando Magic 122-114 thanks to Malcolm Brogdon's 31 points, 11 rebounds and eight assists.

Miles Bridges has been charged with one felony county of injuring a child's parent and two felony counts of child abuse.

The Pacers' dreams of landing Deandre Ayton in restricted free agency were dashed quickly, with the Suns opting to match immediately.

Deandre Ayton has signed the largest offer sheet in the history of the NBA's restricted free agency.

Knicks in advanced discussions with Jazz for Donovan Mitchell trade

The Knicks are said to be the favourites to land Jazz star Donovan Mitchell.

Jabari Smith Jr showed why he was viewed as a no-brainer pick in the NBA Draft, scoring an efficient 19 points with stellar defense.

John Wall happy to be Clippers sidekick: 'I don't want to have to be the Batman every night'

John Wall is glad to have shed the responsibility of being "the Batman" in every game by joining the Clippers.

The Orlando Magic were left feeling good about their selection with the top pick of the NBA Draft as Banchero outshone Smith.