Just three days after losing the T20 World Cup final to Australia, New Zealand are back in action at the start of a new era for India.

New Zealand have had little to time to dwell on their T20 World Cup final heartbreak as they prepare to face India in Jaipur on Wednesday.

The Black Caps missed out being crowned world champions in the shortest format for the first time when they suffered an eight-wicket defeat to Australia at Dubai International Stadium on Sunday.

A 15-man T20 squad arrived in Jaipur less than 24 hours after that loss and they will look to take their frustration out on India in a three-match series.

Tim Southee will captain New Zealand, with Kane Williamson missing the T20s as he prioritises preparing for a two-Test series that starts on November 25.

It is the beginning of a new era for India after Rahul Dravid replaced Ravi Shastri as head coach and Virat Kohli's reign as T20 captain came to an end.

Rohit Sharma leads India for this series as they look to put the disappointment of missing out on reaching the T20 World Cup semi-finals behind them, starting with a first men’s T20I at Sawai Mansingh Stadium.

Kohli misses the series along with Jasprit Bumrah, Ravindra Jadeja and Mohammed Shami. Ruturaj Gaikwad, Shreyas Iyer, Venkatesh Iyer, Harshal Patel and Avesh Khan are among the players to come into the squad.

New Zealand hammered India by eight wickets in the World Cup, with the Black Caps having lost the previous five T20 matches between the two nations. 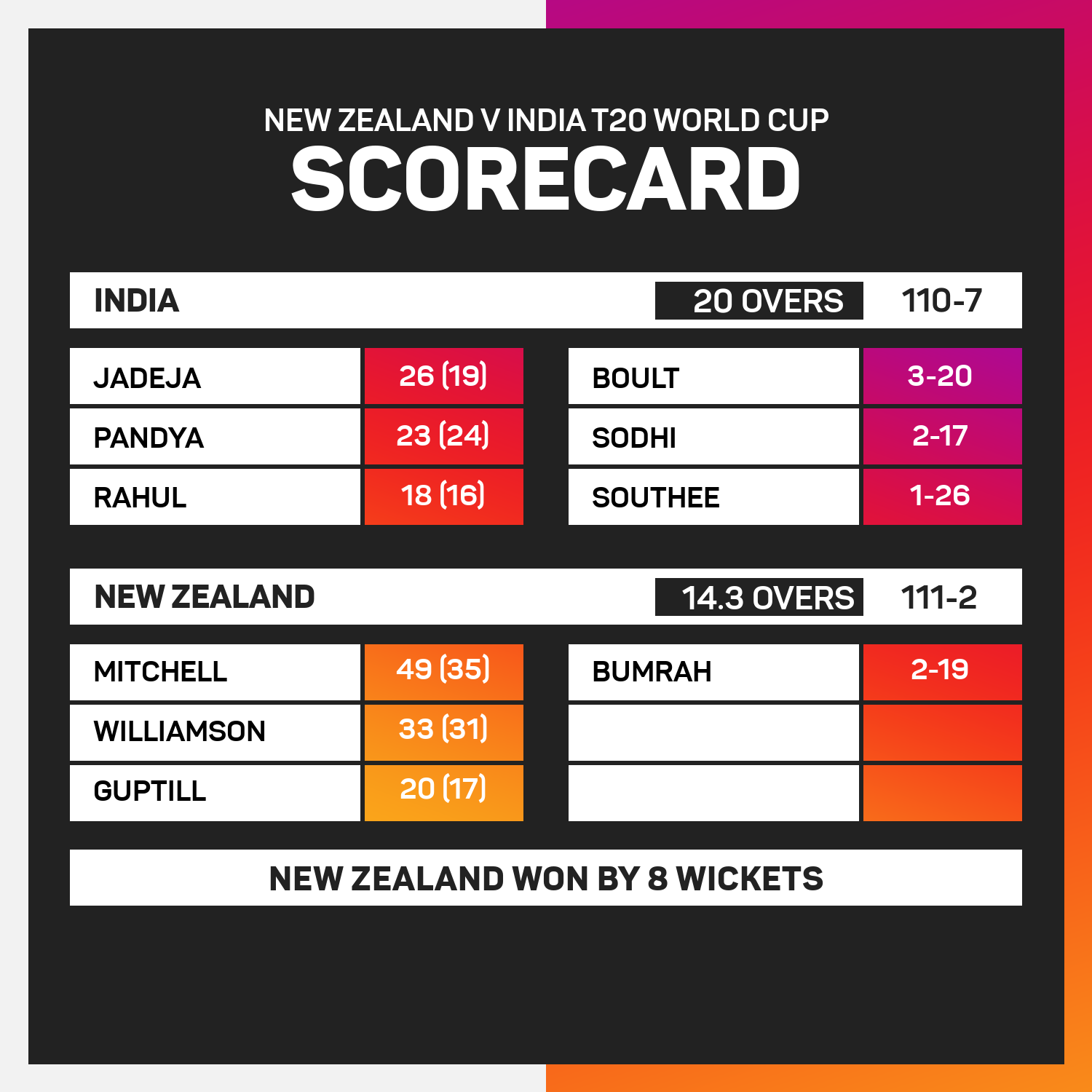 Black Caps set to rotate, Ferguson on the mend

Southee said such an intense schedule and spending so long in bio-secure bubbles has taken a toll on some Black Caps players, revealing how it "weighs you down".

The stand-in skipper suggested the tourists would make full use of their squad and paceman Lockie Ferguson is set to make a welcome return from a calf strain.

He said on Tuesday: "It's [squad rotation] something we have to look at throughout this series of three games in five days, with travel days in between and then a couple of days and then go into a Test series.

"The guys have to be managed throughout the series and we've got a squad of 15 here that were involved in the T20 World Cup which I'm sure we'll use throughout the T20 series."

Rohit has never been afraid to take an aggressive approach and the skipper wants the side to take more risks with the bat at the start of a new era, with another T20 World Cup to come next year.

He said: "It's important, especially in this format, that sometimes you just need to go out there and play fearlessly and while doing that, there are chances that you might not always be successful, because it's a short format and you're always challenged.

"The pressure is always there. We certainly will keep an eye on that aspect; that's where the entire set-up will play a big part that wherever that individual bats, and how we want him to bat, goes and does the job for us. If he doesn't then we instil confidence in him that we have full faith in you, just go and do the role for the team. As long as they're trying to do the role for the team, we are happy."

Rohit has scored 352 T20I runs against New Zealand, more than any other India batsman. He made 174 runs in five World Cup knocks at an average of 34.80.

Luka Doncic addressed criticism of his fitness following the Dallas Mavericks' defeat to the Brooklyn Nets on Tuesday.

Jurgen Klopp could not hide his delight after Liverpool came from behind to beat Milan at San Siro on Tuesday.