Gareth Southgate has created an "unbelievable culture" in England's squad, so says John Stones, who is preparing to play in a "dream" game.

Stones has started every game for the Three Lions at the tournament, with only goalkeeper Jordan Pickford (570) playing more minutes than the centre-back (559), who has also attempted more passes (424) than any other England player.

The 27-year-old has helped keep five clean sheets, with England having set a new national record for not conceding a goal before Mikkel Damsgaard's free-kick found the net in Wednesday's semi-final win over Denmark.

Southgate has made some brave, and at times unpopular, decisions throughout the tournament, though the vast majority have so far come off, with England having progressed to the final of a major tournament for the first time since 1966, and just the second time in history.

While England approached group-stage games against Croatia, Scotland and the Czech Republic with caution, the attack clicked into gear in a 4-0 quarter-final hammering of Ukraine, following a 2-0 win over Germany in the last 16.

England then had 20 shots to Denmark's six in the semi-final clash at Wembley, with the squad's strength in depth and spirit once more on show.

"Every manager I've had is definitely unique and has their own philosophy," Stones told a news conference when asked about Southgate's impact.

"I think Gareth's created an unbelievable culture within our squad and calmness, it's his unique quality as a person and a manager. He's got great staff around him and an incredible squad with great characters in that, one of his best characteristics is his calmness under pressure.

"His willingness to win – I think that shines through, when you've got a manager with that quality, it passes through the team, you soon jump on board.

"He's got a unique quality of staying calm and it passes through the team. [Against Denmark] it was the first time we had been to extra time [at Euro 2020], we stayed calm, stuck to the game plan and it worked.

"We don't need to change anything, we cover every aspect in our preparation." 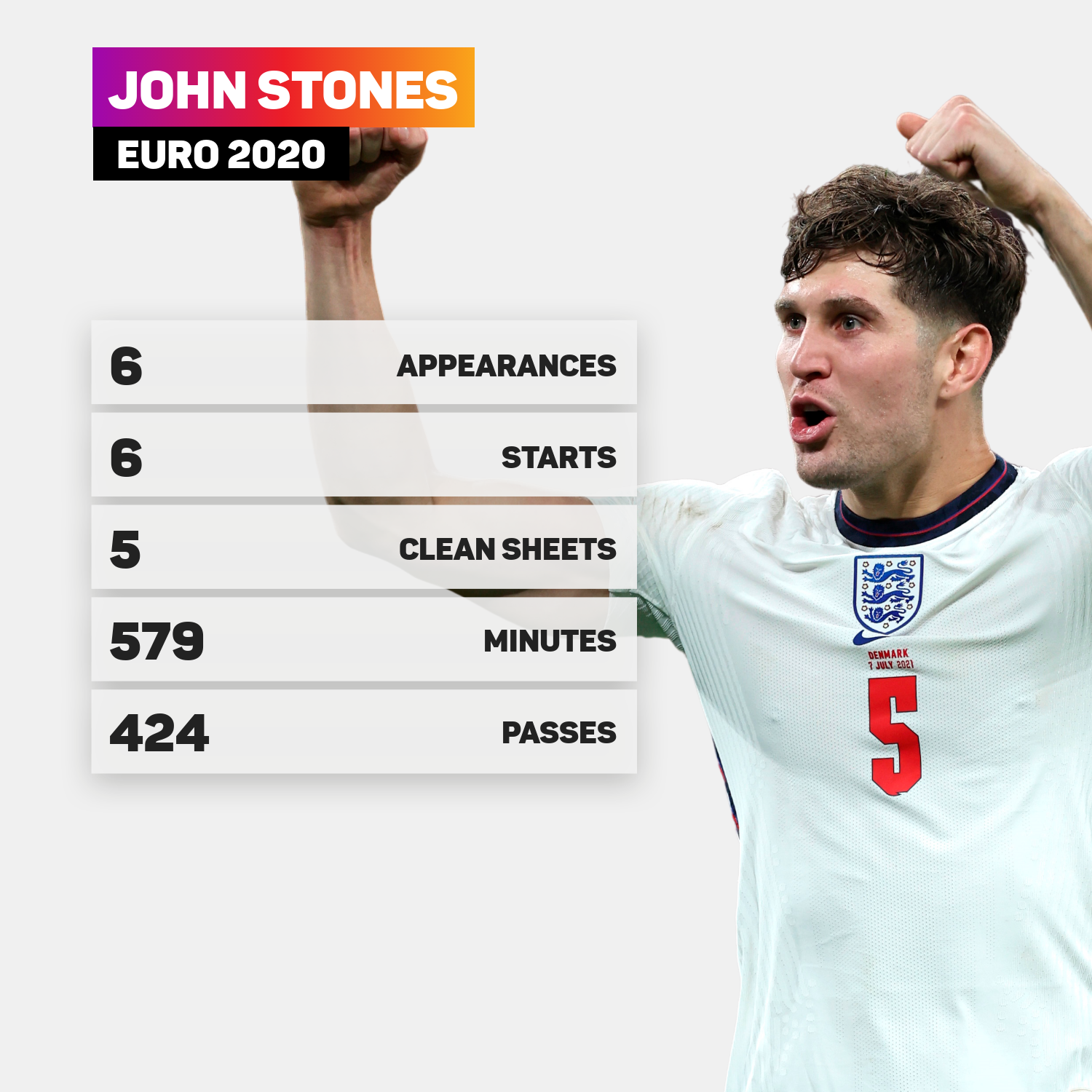 England were among the pre-tournament favourites, though their run to the final has been impressive, if the performances have not quite matched some of those by Sunday's opponents Italy.

Stones, alongside first Tyrone Mings and then Harry Maguire, has been particularly sharp, continuing his form after a season in which he defied the odds at City.

Indeed, at this time in 2020, Stones was being linked with a move away from City, yet the former Everton and Barnsley defender fought back to become a key figure for Pep Guardiola and now Southgate.

"It's something we've only dreamed of at the start of the tournament, but we've got this far, we're here now and we've just grown and grown throughout the tournament, not put too much pressure on ourselves," Stones said of England's run.

"We've overcome some tough tests over the past few years, learned a lot of things, gained a lot of experience and all the learning curves. A massive occasion.

"We're approaching this game how we would any other at club level or whatever competition we're in. The England team, whoever has contributed, everyone is giving everything for that shirt and the nation. We all loved the England team growing up, being able to play now, we cherish it, it's a special moment for us to do that."

Asked if his struggles at City had helped shape him, Stones – who did not feature for England last year – replied: "Yes, a little bit, all those times have made me who I am.

"I'd have liked an easier route but that's football. You have setbacks. I've tried to learn from them, stay positive and true to myself.

"It's a massive moment for me and my family, going through tough times and the hard work and dedication. It's a proud moment and hopefully I get to be in the starting XI."