Leonardo Spinazzola has been one of the standout performers at Euro 2020 but suffered injury heartbreak in Italy's win over Belgium.

Italy full-back Leonardo Spinazzola has set his sights on the quickest recovery possible after a ruptured Achilles tendon ended his Euro 2020.

Spinazzola had been one of the standout performers in the tournament and made a vital goal-line block to deny Romelu Lukaku during the Azzurri's thrilling 2-1 quarter-final win over Belgium in Munich.

But the Roma defender, who suffered cruciate ligament damage in May 2018 and has endured frequent fitness problems during his career, will miss the semi-final meeting with Spain after pulling up before full-time and needing a stretcher to leave the field.

"Unfortunately we all know how it went but our dream continues and with this great group nothing is impossible," he wrote.

"I can only tell you that I will be back soon!"

The team's tribute to #Spinazzola on the plane home #Azzurri #VivoAzzurro pic.twitter.com/GVrkrDVktI

Italy boss Roberto Mancini began his post-match news conference by offering his sympathy to player who made himself vital to Italy's bid for glory.

"We are very disappointed and gutted for Spinazzola for that injury he didn't deserve because he was playing extraordinarily well," he said.

"He's been one of the best players at Euro 2020 and we are absolutely gutted." 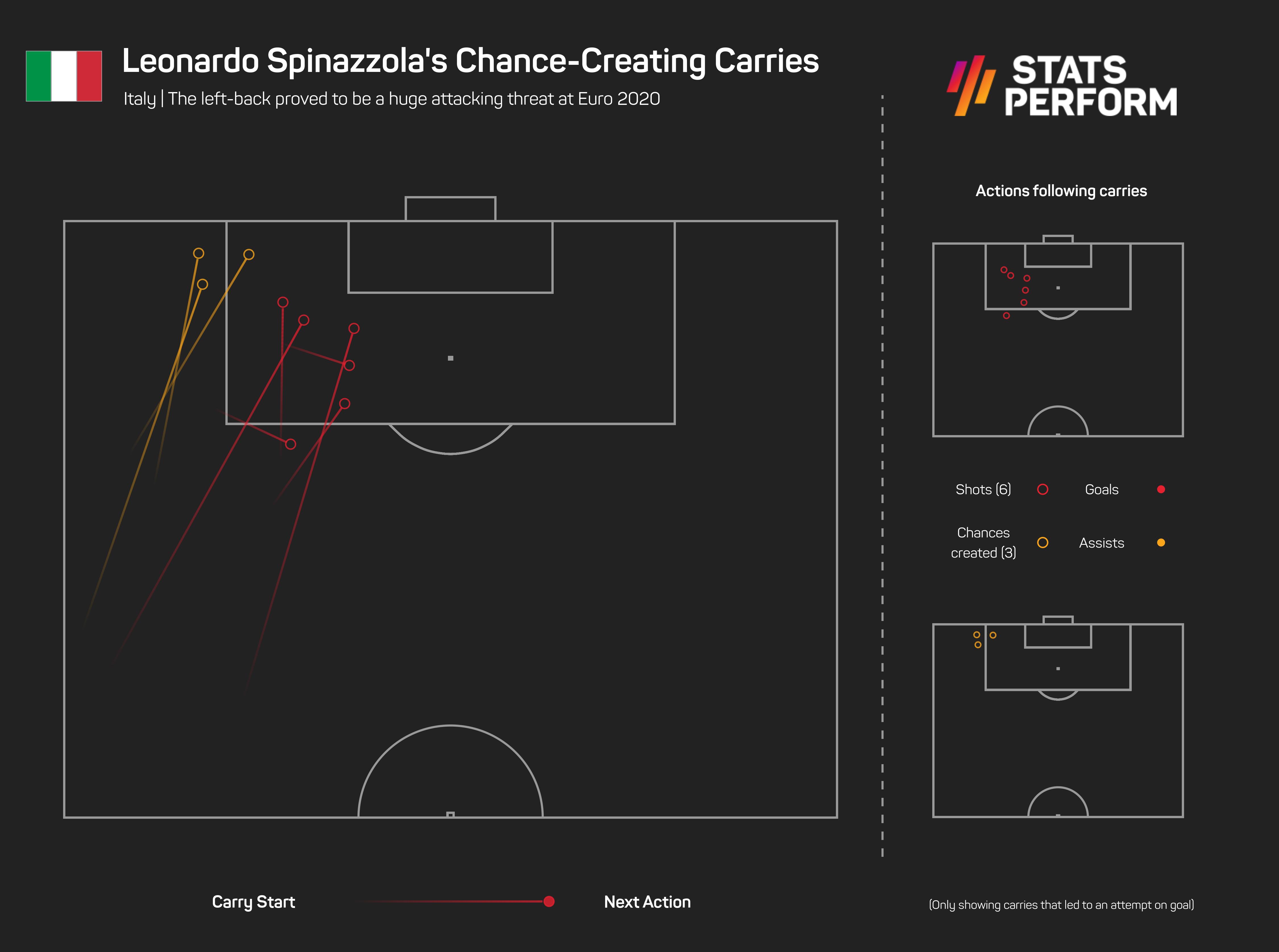 Spinazzola recovered possession 23 times in the tournament, more than any other Italy defender.

But it was in attack where he gave Mancini's fluent side an extra dimension.

His seven chances created from open play are the joint-second best in the Azzurri squad, alongside Domenico Berardi and behind Marco Verratti (10).

Matteo Pessina and Spinazzola each average 14 metres per carry with the ball, with the latter out in front on progressive carries (9.5m) – instances of a player moving the ball vertically up the field.

Six of Spinazzola's dribbles ended in a shot, another squad best, and likely deputy Emerson will have considerable shoes to fill when Italy and Spain meet at Wembley on Tuesday.