Kevin De Bruyne expressed his pride after Manchester City sealed a dramatic Premier League title win on the final day of the season, highlighting how his side had to be consistently "excellent" in the face of Liverpool's challenge.

But an Ilkay Gundogan brace, scored either side of Rodri's leveller, sparked jubilant scenes as City retained their crown despite Liverpool's 3-1 victory over Wolves, with De Bruyne providing the assist for the all-important winner.

The win marked the first time City had come from two goals down to win a Premier League game since beating Norwich City 3-2 in February 2005, while Liverpool finished second with a massive 92 points – the second-highest tally amassed by a team to not win the title after their own 97 in 2018-19.

6 - Manchester City have won their sixth Premier League title, with four of those coming in the last five seasons. Crowned. #PL pic.twitter.com/g0gE2fPWOI

Jurgen Klopp's side pushed City all the way after going unbeaten through their last 19 games of the season, winning 16, and De Bruyne said overcoming Liverpool's relentless challenge was a great source of pride.

"It's hard because Liverpool push you that far, and you need to be excellent all the time," he told Sky Sports. "There's never a moment where you can play a little bit less, losing some points means it's the end.

"We feel so proud because they've pushed us that far for years and years, but we've still managed to find a way."

De Bruyne was named the Premier League's Player of the Season after top-scoring for Guardiola's men with 15 league goals, also adding eight assists and either scoring or laying on a goal in 14 of City's last 20 league outings. 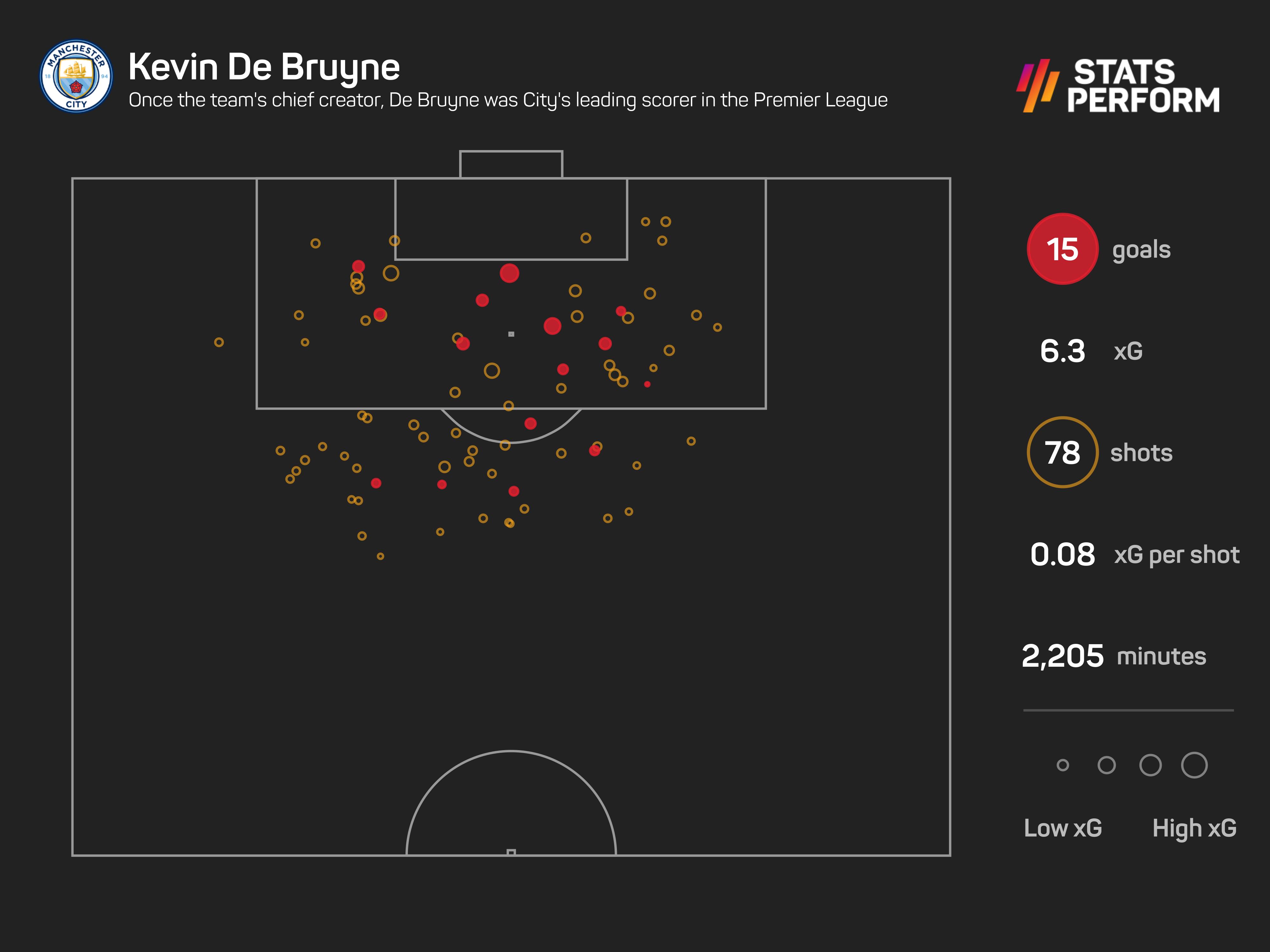 The Belgium international also joked his cross for Gundogan's winner was his best of the campaign, as he hailed the Germany midfielder - and fellow substitute Oleksandr Zinchenko - for changing the game.

Asked where his assist ranked, De Bruyne replied: "The best, the best, honestly!

"It's not the best cross but Ilkay is there, I just wanted to put it in a place where we could score. Ilkay and Zinchenko changed the game for me.

"He [Gundogan] has got a real good timing when going in front of goal, and he won us the game."

Meanwhile, just 12 minutes and 22 seconds separated Villa going 2-0 up and Gundogan completing the turnaround, and De Bruyne admitted City were beginning to panic before scoring their first.

"Maybe [we panicked] a couple of times! But I think it's normal in this situation, it's so different, you can't really explain it," he added. "We tried to stay as calm as possible, but sometimes there was a little bit.

"2-1 just changed the whole situation, you see the whole stadium changes, the atmosphere, and we just didn't look back.

"You just go for it, you're losing anyway, and you just want to change the situation, and that's what we did.

"It changed quickly with the first and the second goal, I think we created more chances before that, but it is what it is.