Xavi was left angry and frustrated following Barcelona's elimination from the Champions League on Wednesday.

Barca's exit was confirmed after a comprehensive 3-0 defeat by runaway Group E winners Bayern Munich at the Allianz Arena.

It means the Blaugrana will not appear in the knockout stages of the competition for the first time since the 2003-04 season, with Benfica's win over Dynamo Kiev sending them through as runners-up to Bayern.

Indeed, Barca only scored two goals in six matches and registered just seven points; their second-lowest total during a single group stage in the competition's history.

Nevertheless, Barca's continental adventure continues in February as they drop into the Europa League.

They would secure a return to the Champions League by going on to lift the trophy, which Xavi insists is a must for the club given their current scenario.

"We have to tackle it face on. There's nothing else for it. A new era starts today. We start from zero.

"Barca's objective is the Champions League, not the Europa League.

"But our reality now is the Europa League, and we have to win it." 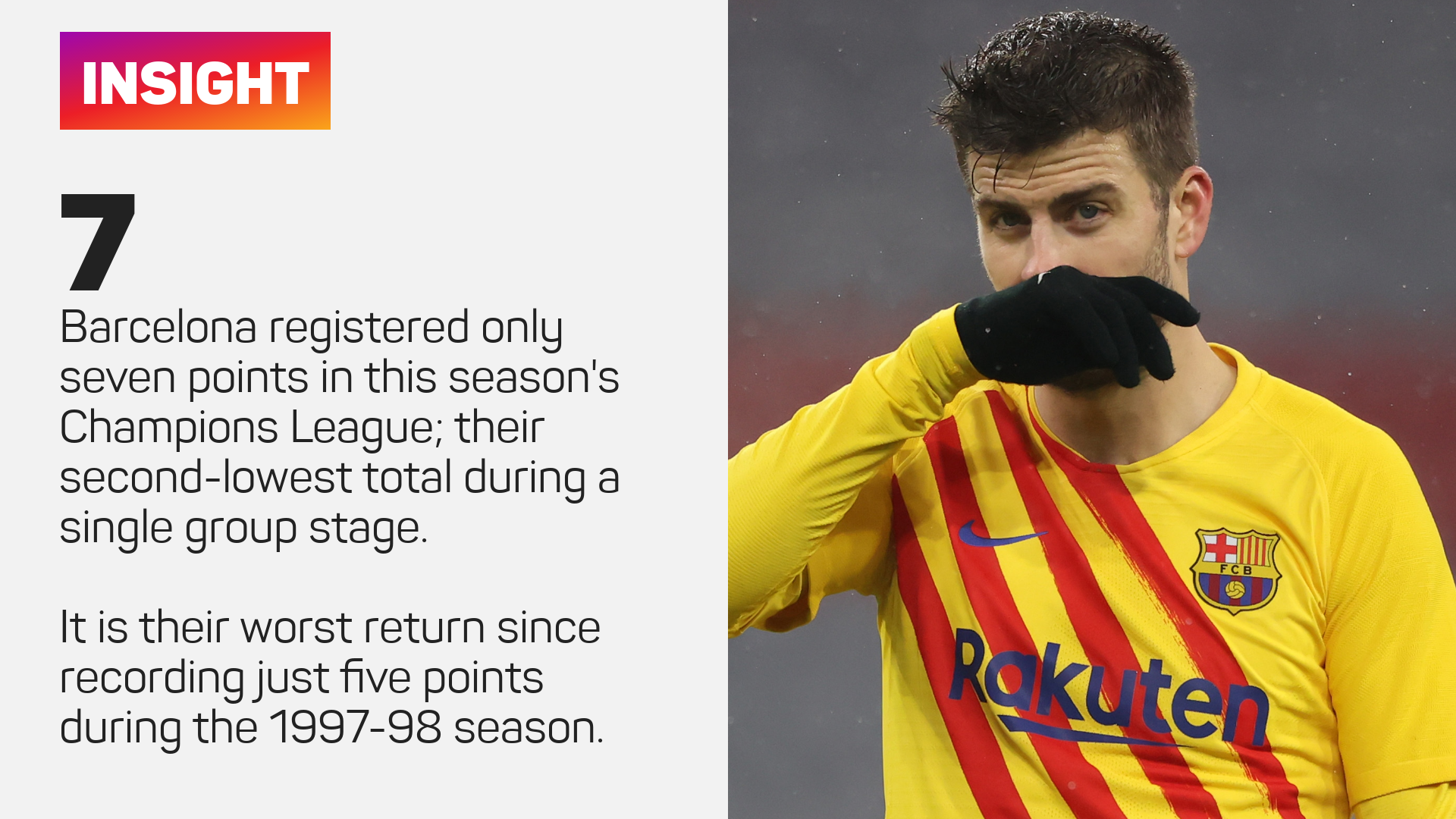 Though their fate was sealed on Wednesday, defender Ronald Araujo accepts the damage was done in Barca's previous group games.

Disappointed by the plight of the Catalan giants, the Uruguay international knows he and his team-mates must strive to ensure that better times are around the corner.

"It's a damning result and they had chances to make it worse," Araujo said.

"Ultimately, we didn't fail to qualify because of this game, but because of what we did in the other games.

"It's true that, right now, we're not among the best teams in Europe. If we were, we'd have qualified.

"We have to keep on working and hope that good things will come for us soon."

Eddie Hearn will meet Anthony Joshua on Tuesday to "go through his plans for his next fight" as he plots to become world champion again..

Harris on 76ers team-mate Embiid: 'What he's doing is special'

Joel Embiid's exceptional season continued with a double-double as the Philadelphia 76ers saw off the San Antonio Spurs.