France, Brazil and England are among the World Cup favourites and saw their hopes boosted by the draw, unlike Spain and unlucky Qatar.

Italy may have been absent from Friday's 2022 World Cup draw, but they can at least provide recent examples of the pitfalls of forecasting the finals this far in advance.

At South Africa 2010, as defending champions, the Azzurri would have expected to top an apparently kind group, drawn alongside New Zealand, Paraguay and Slovakia. Remarkably, Marcello Lippi's side finished bottom.

It is surely too early then to form firm opinions, but where is the fun in taking such a measured approach on draw day, rather than plotting potential paths to the Lusail final?

France fans will likely be doing the latter this weekend, with Les Bleus having been handed perhaps the pick of the groups, starting against one of the United Arab Emirates, Australia or Peru before facing Denmark and then Tunisia.

Of course, France are the defending champions and four of the past five holders have bowed out at the group stage, including the most recent three in a row, while Brazil in 1962 were the last team to win consecutive tournaments.

But France's title-winning campaign in 2018 saw them grouped with Australia, Peru and Denmark, giving Didier Deschamps' men some confidence they can negotiate this task, too. In the last 16, they would then face a team from Argentina's group – Lionel Messi and Co. having provided France's second-round opponents in Russia.

The #FIFAWorldCup groups are set

Brazil might also be suffering from deja vu, again meeting Serbia and Switzerland in the group stage, with Cameroon taking Costa Rica's place this time around. Like France, the Selecao topped their pool four years ago – as every eventual champion since 1986 has.

Crucially for both, in coming up against Denmark and Switzerland, they avoided Germany – surely the biggest threat in pot two. Rejuvenated under Hansi Flick, the 2014 champions provide a complication for both Spain and Belgium.

Germany followed Spain into Group E, where Japan might pose enough problems to ensure a top-two finish is no guarantee. Or perhaps Costa Rica could spring another surprise, as they will be the fourth team in the pool should they get past New Zealand in their inter-confederation play-off.

Bookmakers downgraded Germany's hopes in the minutes after the draw, but they were always likely to face elite opposition given their place in pot two. Spain were not.

And Belgium's kind group – Canada, Morocco and Croatia are their opponents – matters little given they will likely face either Spain or Germany in the second round.

England, on the face of it, have a simpler path to the quarter-finals. The Three Lions should be able to advance through a group that also includes Iran, the United States and Scotland, Ukraine or Wales – although those make for some tasty fixtures.

In the last 16, following a good period of rest, England would face opponents from Qatar's group, which was surely the result every pot one team hoped for.

Gareth Southgate would likely welcome a meeting with Qatar, but the host nation – the only debutants in 2022 – will do well to make it that far, with Ecuador, Senegal and the Netherlands each surely fancying their chances in a very even group.

South Africa in 2010 are the only hosts not to have progressed from the first round in World Cup history, but they could soon have company. 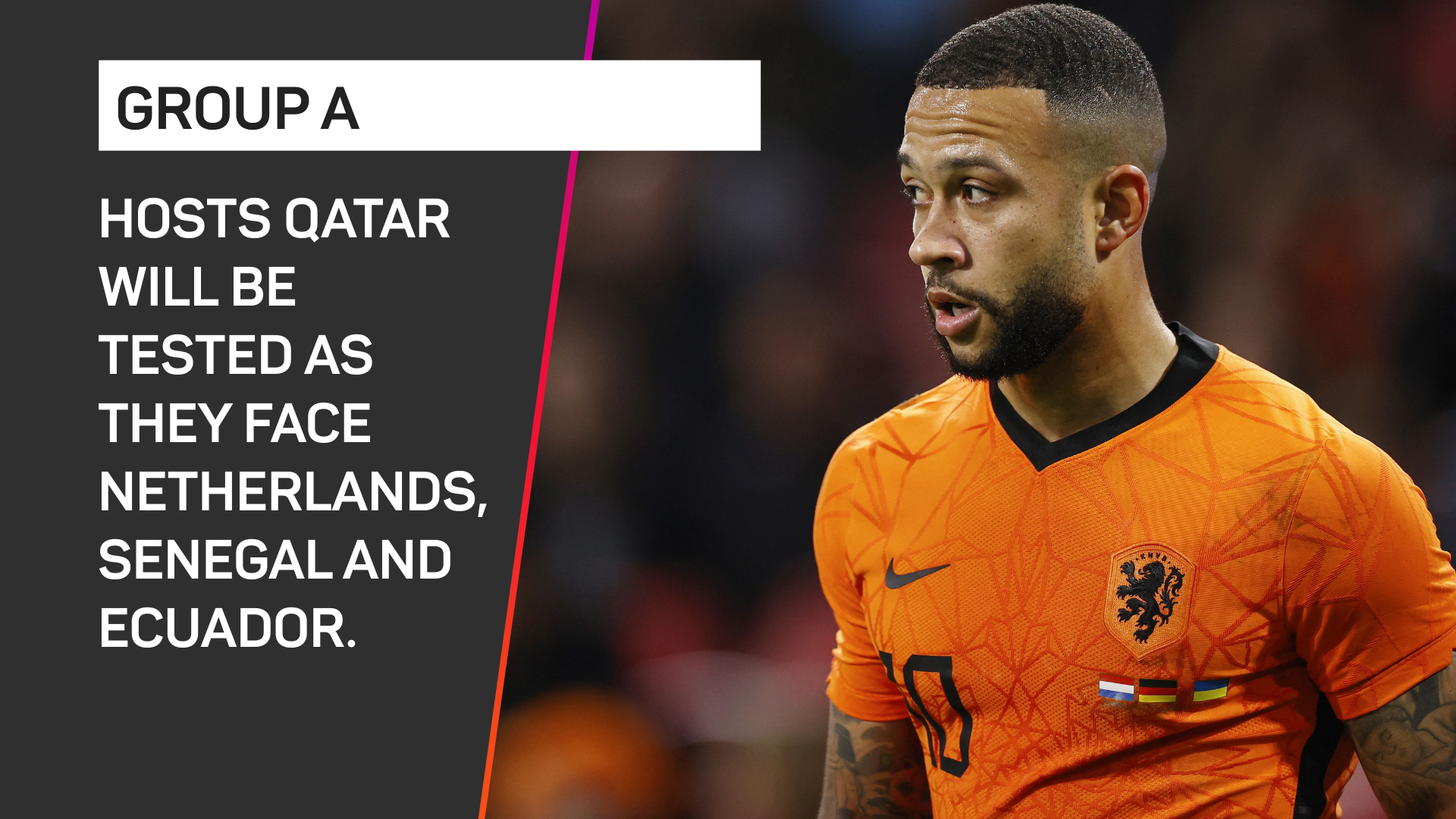 France – The defending champions face familiar opponents in the group and potentially in the second round, too, while they are in the same quarter of the draw as Qatar's pool and will avoid Spain, Germany, Belgium and Brazil early on.

Brazil – The tournament favourites should have no problems in the group so can settle into their campaign nicely while possible heavyweight opponents face titanic early tests.

England – The Euro 2020 finalists have been given thorough examinations by the USA, Scotland and Wales in past tournaments, but Southgate's side should advance and will back themselves again in the knockout stage.

Spain – La Roja have not won their World Cup opener since 2006 but simply cannot afford a slow start this time, with Germany and perhaps Belgium to play after that. From pot one, Spain's draw could not have been much worse.

Belgium – The odds for Roberto Martinez's men to go all the way drifted on Friday, as initial optimism around their group-stage draw was followed by greater inspection of a daunting path to the final.

Qatar – The hosts may be the Asian champions, but only Germany were perhaps feared more than the Netherlands from pot two, while Senegal in pot three are the African champions and have a world class operator in the form of Sadio Mane.

Real Madrid seemed set to sign Kylian Mbappe, who decided to stay with Paris Saint-Germain, much to Didier Deschamps' delight.

Kylian Mbappe has decided to stay at Paris Saint-Germain, much to the delight of France's sports minister.

England host New Zealand in a three-Test series, starting in June, with James Anderson and Stuart Broad likely to return.

Leon Goretzka has featured in two disappointing tournaments for Germany, and says Hansi Flick's team have yet to set any World Cup targets.

England may have gambled on a seemingly inexperienced Brendon McCullum, but he is confident he can transform the nation's Test fortunes.

World Cup glory is not the only thing on the mind of Harry Kane, who will aim to break Wayne Rooney's England scoring record in Qatar.