Stefanos Tsitsipas made a winning return to action as he reached the Hamburg European Open quarter-finals with victory over Dominik Koepfer in straight sets.

Having lost a five-set epic against Novak Djokovic in the French Open final, Tsitsipas crashed out in the first round of Wimbledon against Frances Tiafoe.

The Greek welcomed a return to the clay courts in Hamburg, though, as he saw off a battling Koepfer 7-6 (7-2) 6-3 in a productive workout lasting one hour and 44 minutes on Wednesday.

Tsitsipas dropped serve in the first game of the match but immediately struck back and was not broken again in the contest.

He forced plenty of break opportunities – 14 in total – and converted three over the course of the match which proved enough for victory at the ATP 500 event.

Four set points came and went for Tsitsipas as Koepfer served it out at 6-5 to force a tie-break in the opener, but it mattered little when the world number four won four consecutive points to clinch the breaker.

Koepfer led 3-2 in the second set but two consecutive breaks from Tsitsipas ended the contest and ensured he booked a tie against Filip Krajinovic in the last eight. 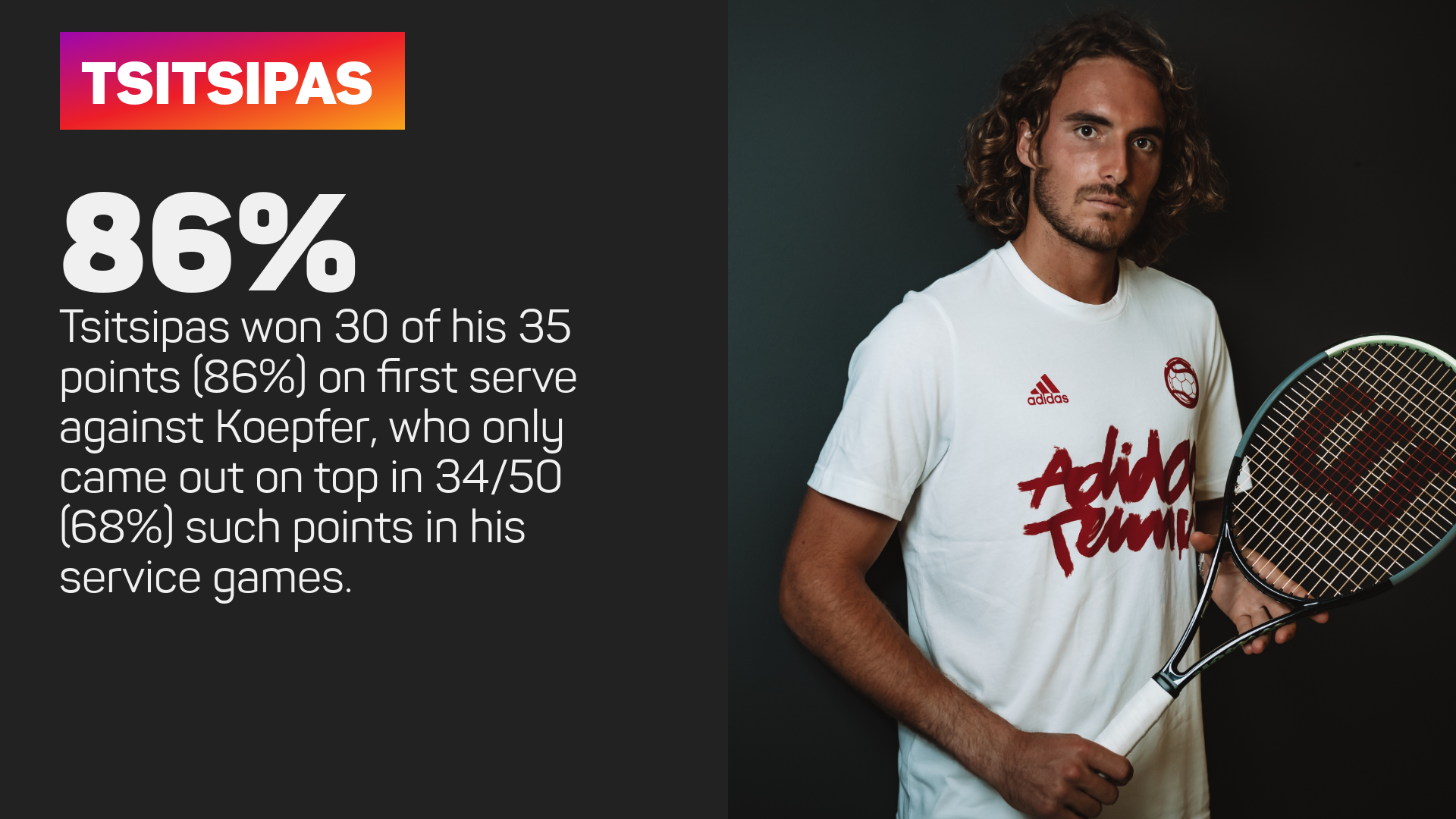 Sixth seed Krajinovic beat a German opponent to disappoint the home fans for a second straight day, though he needed a deciding set before seeing off veteran Philipp Kohlschreiber 7-5 4-6 6-3.

In the Nordea Open, held in Bastad, fourth seed John Millman was a casualty as he went down in three sets to big-serving qualifier Arthur Rinderknech, who had 12 aces.

There was no such drama for second seed Cristian Garín, though, as he saw off Pedro Martinez 6-3 6-3, dropping serve just once.

Ash Barty had already had a stellar year, winning the Wimbledon title, and now the Australian tennis superstar has announced her engagement.

Peng Shuai was pictured talking to IOC president Thomas Bach in a video call on Sunday, but the WTA remains concerned about her welfare.

Tottenham continued their unbeaten league start under Antonio Conte with a comfortable win over Brentford.

Manchester United were left unhappy as Emile Smith Rowe's goal was allowed to stand with David de Gea injured and unable to stop the shot.

Christian Eriksen is training with former club Odense and will have the final say on whether he can make a full return, his agent has said.

Lampard opens up on Chelsea departure: Unless you win back-to-back titles, you're likely to be sacked

Eleven months on from his Chelsea sacking, Frank Lampard is seeking a return to management.

Lewis Hamilton does not feel comfortable racing in Saudi Arabia

Saudi Arabia will stage its first Formula One race this weekend and Lewis Hamilton is hopeful it will highlight some wider issues.

With coronavirus cases on the rise in Germany, restrictions have been imposed on the number of fans allowed to attend Bundesliga matches.