Mikel Arteta is delighted to see Bukayo Saka living up to expectations, but has urged the England international to maintain his momentum.

The in-form Bukayo Saka needs "a cool head and very clear direction of what he wants to become", according to Arsenal boss Mikel Arteta.

The England international has played an instrumental role during the Gunners' resurgence in recent weeks.

Indeed, he has been directly involved in five goals during their four-match winning streak, scoring twice in the 5-0 rout of Norwich City on Boxing Day.

That means the 20-year-old has now been directly involved in nine goals for Arsenal this term (five goals, four assists), a tally only bettered by fellow academy graduate Emile Smith Rowe (10).

Arteta is pleased to see Saka living up to expectations, but has urged him to remain focused and maintain his momentum. 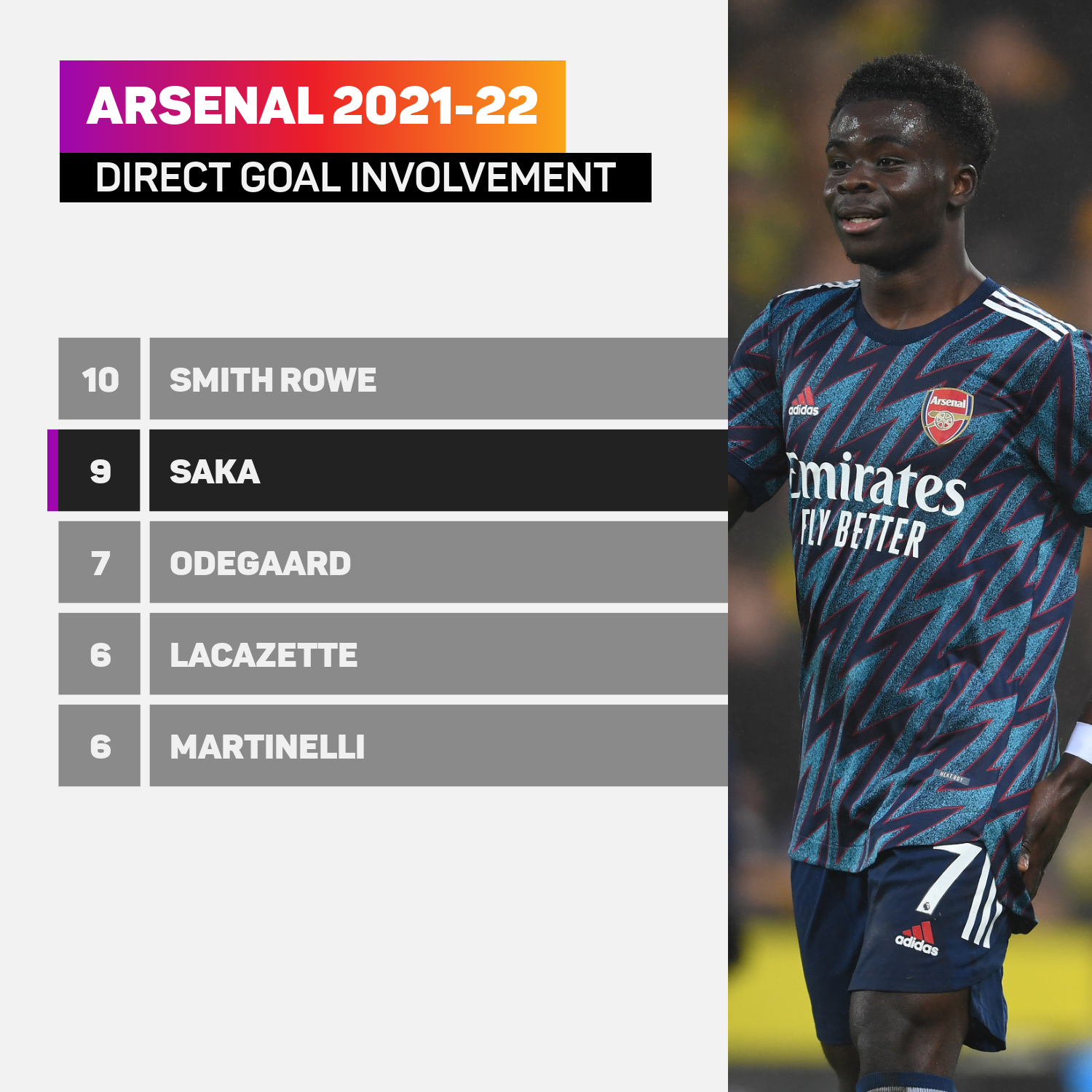 The Gunners boss said: "What I know, what I expect is what he does all the time.

"He works extremely hard, he's a really humble boy, and he has a really special connection with this football club.

"His talent overall is unquestionable. But he needs his teammates, this environment.

"He needs a cool head, and he needs a very clear direction of what he wants to become. So time will tell."

Their scheduled showdown with Wolves on Tuesday became the latest match to be postponed during the ongoing rise of COVID-19 cases in England.

With the continual postponements potentially culminating in a fixture pile-up, Arteta says it is impossible to look after the players' welfare while maintaining the integrity of the competition.

Harris on 76ers team-mate Embiid: 'What he's doing is special'

Joel Embiid's exceptional season continued with a double-double as the Philadelphia 76ers saw off the San Antonio Spurs.