Atletico Madrid have lost three LaLiga games in a row and boss Diego Simeone can understand the criticism aimed his way.

Diego Simeone is hoping to emerge as a better coach following Atletico Madrid's poor run of form as he prepares to celebrate a decade in charge.

Atleti went down 2-1 to Sevilla on Saturday and have lost three LaLiga games under Simeone for the first time ahead of Wednesday's trip to Granada.

That match comes a day before the Argentinian officially marked 10 years since replacing Gregorio Manzano at Atleti.

While Simeone has enjoyed a hugely successful period as Atleti head coach, the 51-year-old has spent most of this season fending off criticism.

But speaking ahead of his side's final outing of 2021, Simeone vowed to stick by his principles in order to turn things around.

"Criticism is understandable and normal," he said at Tuesday's news conference previewing the Granada game. "We're in a position with a lot of exposure.

"If you win everything then things are going well. I understand the situation. It's important to get back to repeating passages from when the team was performing well.

"I am always looking for ways to improve myself and this path will surely make me a better coach. That is what I hold on to. This club has known me now for 10 years.

"The players come to training knowing what I want. They know I am not going to change the line in which I believe." 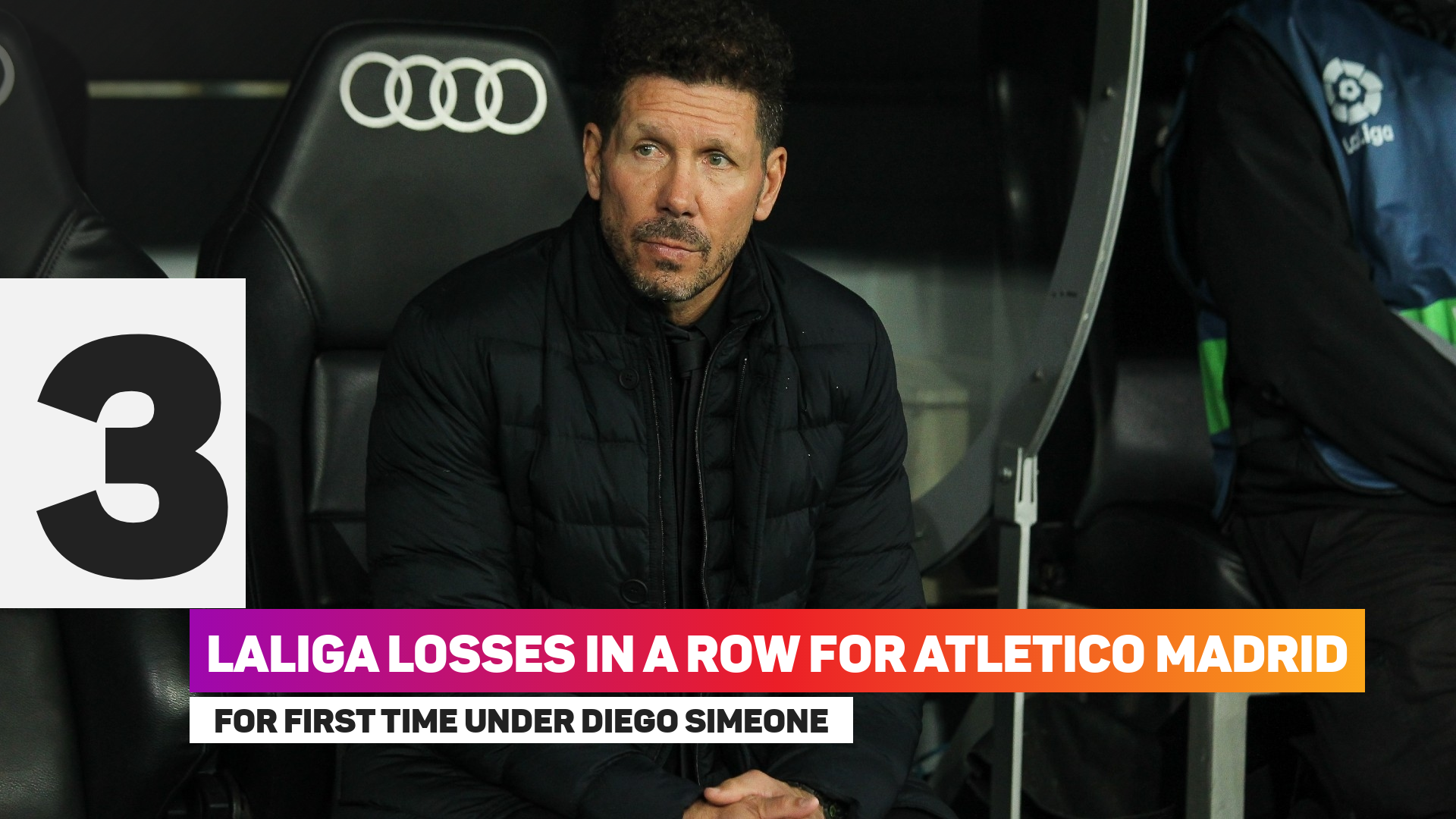 Wednesday's trip to 15th-place Granada, whom Simeone is unbeaten against in 15 league matches as Atleti boss, provides a chance for Los Colchoneros to bounce back.

"Our focus is on Granada, a team with a clear that that has been performing well and with great intensity," Simeone said.

"It's clear our results have not been what we would have liked. It is also true that at other times we've won games we've probably not deserved to. Football gives and takes away.

"I trust my players and they are all working well. They have played good games, even if results have not indicated that. If there's something I have, it's patience."

Simeone was unwilling to comment on whether Luis Suarez would feature in midweek after the striker reacted angrily to being substituted against Sevilla.

Suarez has failed to score in each of his last seven games in all competitions, his worst goalscoring streak with both Atletico and former side Barcelona.

Asked about Suarez's outburst when leaving the field, Simeone said: "I have nothing to say.

"Suarez is lethal when we are close to the opposition area. If we can get closer then he will be like he was last season."