Bernardo Silva will stay at Manchester City despite Barcelona's interest in signing the midfielder, according to the Premier League champions' chief executive Ferran Soriano.

Barcelona have enjoyed a busy transfer window as they attempt to close the gap on last season's LaLiga and Champions League winners Real Madrid, signing Robert Lewandowski, Raphinha, Jules Kounde, Andreas Christensen and Franck Kessie, while they also hope to bring in Marcos Alonso from Chelsea.

But the Blaugrana have also been credited with a strong interest in Silva, who refused to rule out a move earlier this month when declaring City "know what I want".

Silva could make a Camp Nou appearance on Wednesday when City take on Barca in a friendly arranged to raise funds to fight motor neurone disease, but Soriano is adamant the Portugal midfielder will not be returning to Barcelona on a more permanent basis.

Speaking to El Chiringuito de Jugones, Soriano said: "Of course, I can say that Bernardo Silva will stay at Man City."

Pep Guardiola has also affirmed his desire to keep Silva on multiple occasions.

Silva made 50 appearances for City in all competitions last season, a tally only bettered by Joao Cancelo (52), with the 28-year-old scoring 13 goals and providing seven assists.

Meanwhile, only Kevin de Bruyne (129) and Jack Grealish (78) created more chances for City than Silva's 76 last term, and he got off the mark for the new campaign by scoring the equaliser in a thrilling 3-3 draw at Newcastle United on Sunday. 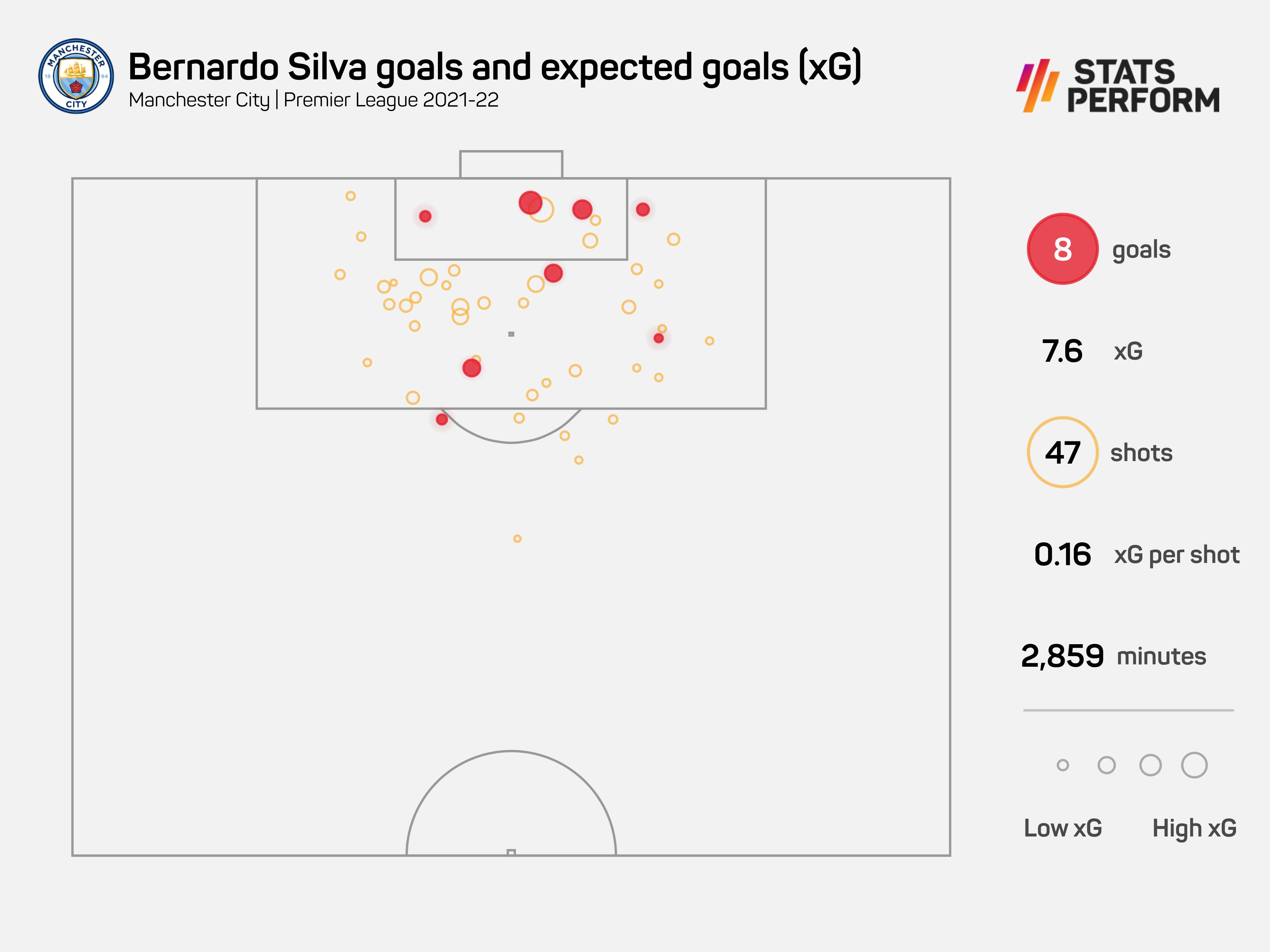