Robert Sanchez could be the ideal goalkeeper to slot into your team to replace Liverpool's Alisson - but who else should be considered?

Heading into week four of the Premier League season, fantasy football managers find themselves in a position where team selection becomes even more crucial.

Some big-name players have disappointed in the opening weeks, leading bosses to consider whether to stick or twist in favour of in-form options.

With three weeks down, the week ahead may prove crucial for your hopes for the season, with the first midweek fixtures of the campaign also looming large.

Crucial decisions lie ahead and Stats Perform is here to help, using Opta data to select four picks for your consideration.

Brighton's fine start to the Premier League season has seen the Seagulls secure wins against Manchester United and West Ham, either side of a goalless draw with Newcastle United, and goalkeeper Robert Sanchez has played a significant part.

The Spaniard is one of four goalkeepers to have kept two clean sheets in the opening three matches and boasts a save percentage of 90 per cent – the highest in the competition.

Sanchez is yet to concede against an opposition player, being beaten only by an own goal at Old Trafford, and has a goals prevented tally of 1.4, which can only be bettered by two players.

With two goals and two assists in the opening weeks of the season, Ivan Toney stands as one of the division's most in-form players – only Gabriel Jesus and Rodrigo have more Premier League goal involvements in 2022-23.

Toney's form should be recognised as more than a purple patch, however, as it maintains a stellar run for the Brentford forward this calendar year; Toney has 15 goal contributions (10 goals, five assists) in 2022.

Only Harry Kane (23), Son Heung-min (21) and Kevin de Bruyne (21) have a higher return among Premier League players since the start of the year. 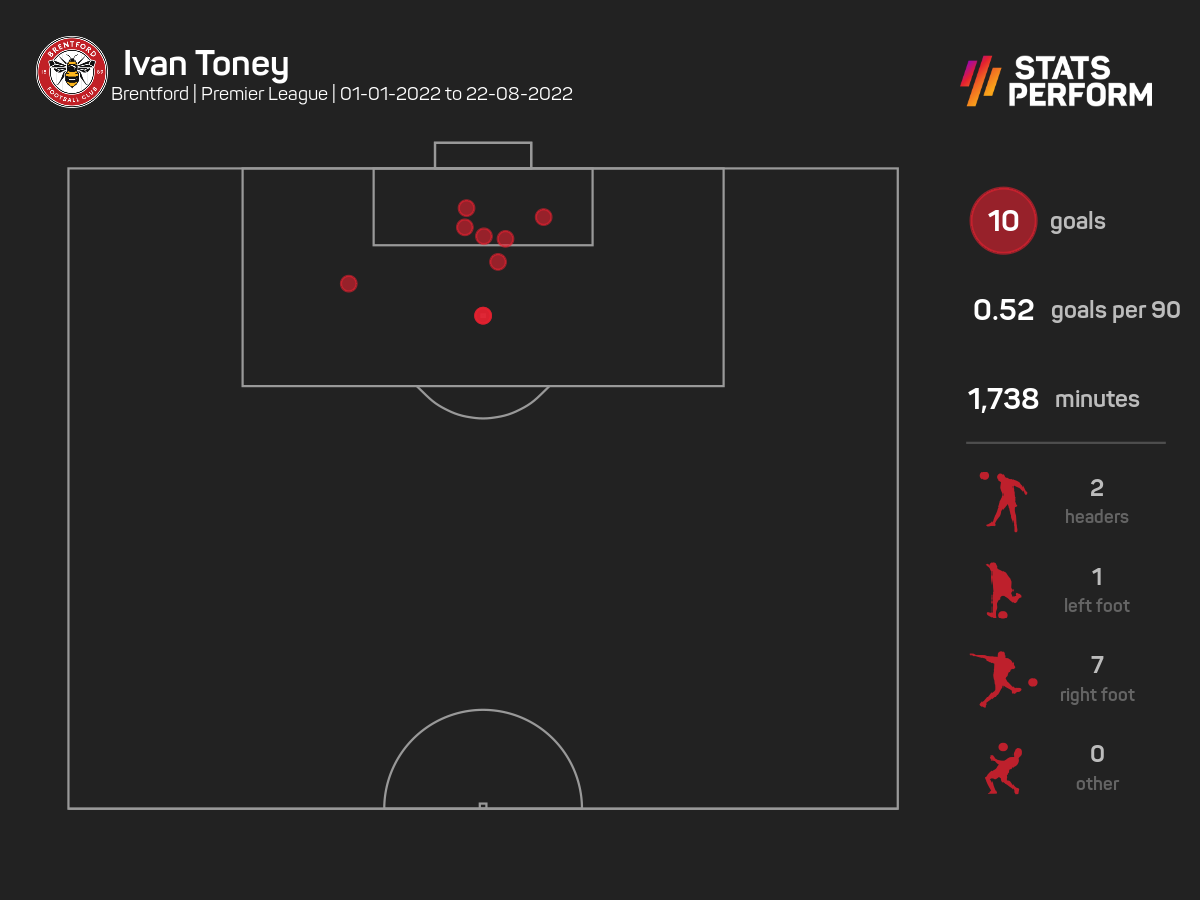 Arsenal defender William Saliba has quickly adjusted to life in the Premier League, establishing himself as a rock at the heart of the Gunners' defence and helping Mikel Arteta's men keep two clean sheets this term.

Having also scored in last weekend's victory against Bournemouth, Saliba is one of three defenders to have kept two clean sheets and scored a goal this season – alongside Newcastle duo Fabian Schar and Kieran Trippier.

Meanwhile, the Gunners' excellent defensive form has seen them face just 22 shots this season, only five of which have been on target. No other Premier League side has conceded fewer. 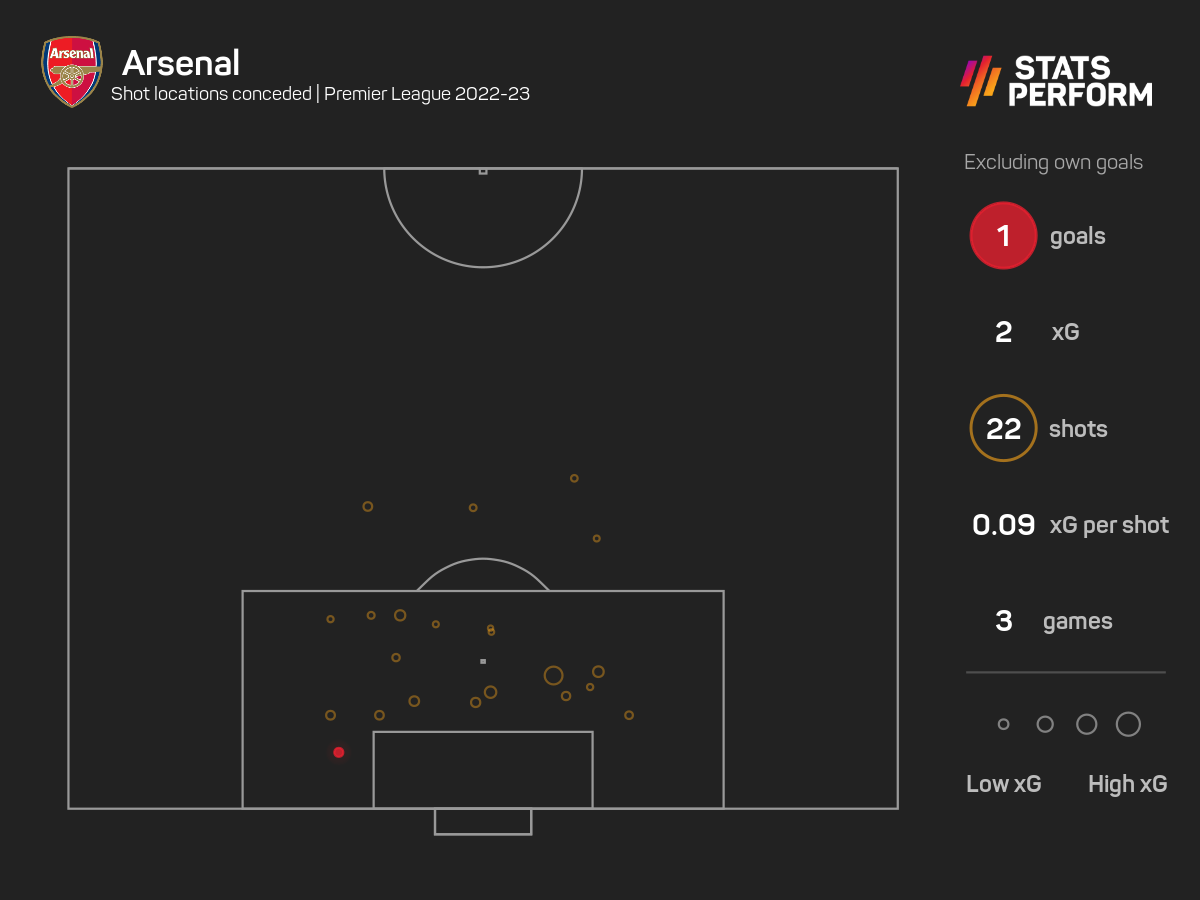 Tottenham's wealth of new additions have begun to make an impact for Antonio Conte's side, including Ivan Perisic – who has assisted each of Spurs' last two Premier League goals.

Both assists came from a corner and both were converted by Harry Kane, who equalised late in a fiery 2-2 draw with Chelsea before netting the only goal of the game in last week's victory against Wolves.

Perisic's form has seen him carry over a fine record from the latter stages of his time with Inter, having been involved in 11 goals in his past 13 league appearances (three goals, eight assists). 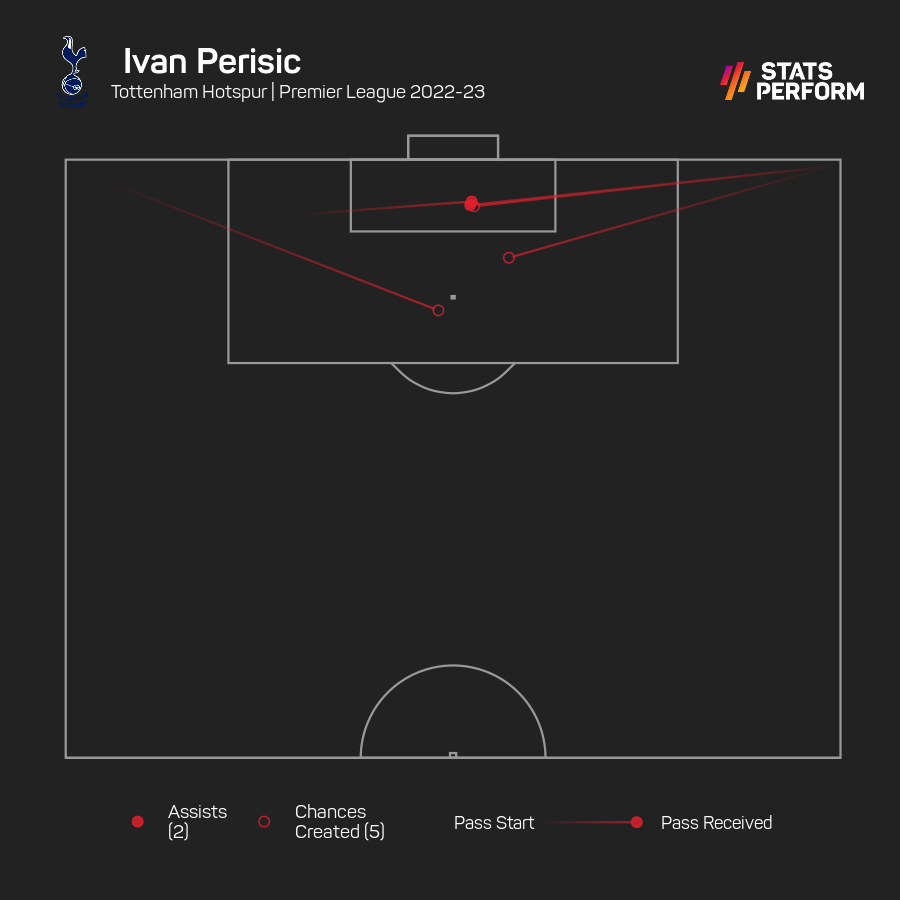