Liverpool closed the gap on leaders Manchester City with victory over West Ham, while Chelsea tightened their grip on third place in Saturday's Premier League action.

The Blues saw off Burnley 4-0 at Turf Moor, a scoreline that was matched by Aston Villa in their statement victory against Southampton.

Newcastle United, Crystal Palace and Brentford also picked up wins, but it was a bad start to life under new management for Leeds in their early kick-off against Leicester City.

Following another eventful day of Premier League action, Stats Perform delves into the key Opta facts from each of the games.

Jesse Marsch's first game as Leeds boss ended in defeat to Leicester as United fell to a fifth successive league loss for the first time since April 2015, when they were in the Championship.

Leeds have failed to score in three straight league matches for the first time in a year, this despite registering 19 shots in their latest blank against Leicester.

United's expected goals (xG) return of 1.95 is their highest without scoring in a league game since June 2020, and the familiar failings were also on show at the other end.

Harvey Barnes' second-half winner means Leeds have gone 13 league games without a clean sheet, their longest-such run since 14 without a shutout ending in August 2016.

This was the fifth straight league game Barnes has scored against Leeds – four of those while playing for Leicester and one for West Brom, making them his favourite opponent.

Villa are firmly back on track after registering back-to-back victories under Steven Gerrard for the first time since his opening two games in charge in November.

The Villans put four unanswered goals past Southampton at Villa Park for their biggest Premier League win since thrashing Liverpool 7-2 in October 2020.

Barcelona loanee Philippe Coutinho once again played a big part in the victory by scoring one and assisting another for Douglas Luiz.

Coutinho has now been directly involved in six goals in his first four home league games for Villa, scoring three of his own and setting up as many.

Ollie Watkins had earlier opened the scoring with his 21st Premier League strike since the start of the 2020-21 season, while Danny Ings added to his two assists with Villa's fourth goal. 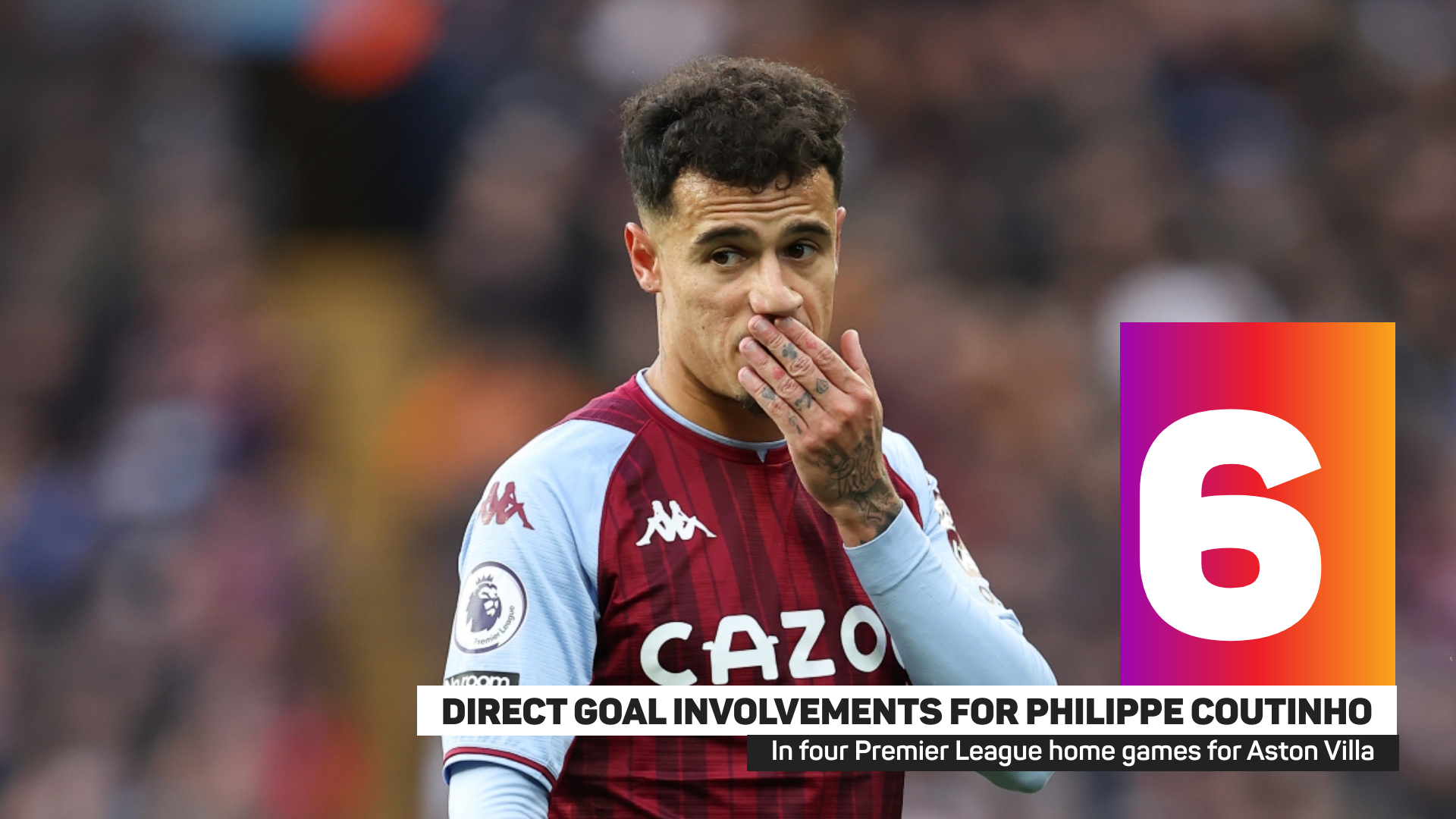 For a while things looked incredibly bleak for Newcastle, even after their big-money takeover, but they now find themselves seven points above the relegation zone.

The Magpies held off Brighton to make it eight Premier League games without defeat – no team is on a better such run – with five of those matches ending in victory.

Ryan Fraser opened the scoring to make it two goals in five Premier League outings, matching his tally from his previous 70 appearances, before setting up Fabian Schar.

That was the earliest United have scored twice in a Premier League home game since January 2007 and, despite Lewis Dunk's header, Eddie Howe's side saw out the win.

It marks the first time Newcastle have defeated Brighton in the Premier League in their 10th such encounter, having previously failed to so much as score against them at home.

After a run of eight Premier League games without a win, Brentford bolstered their survival ambitions with a well-earned victory away at bottom side Norwich.

Ivan Toney was the hero for the Bees with three goals, two of those from the penalty spot, making Brentford the 40th different team to boast a hat-trick scorer.

The Brentford striker now has nine Premier League goals for the season, each of those coming via his right foot.

Teemu Pukki scored a consolation but it was another miserable day for Norwich, whose goal difference of -42 is the worst at this stage since Derby County in 2007-08 (-44).

Not that it will matter a great deal in the grand scheme of things, but Brentford are the first team Pukki has scored home and away against in a single Premier League season. 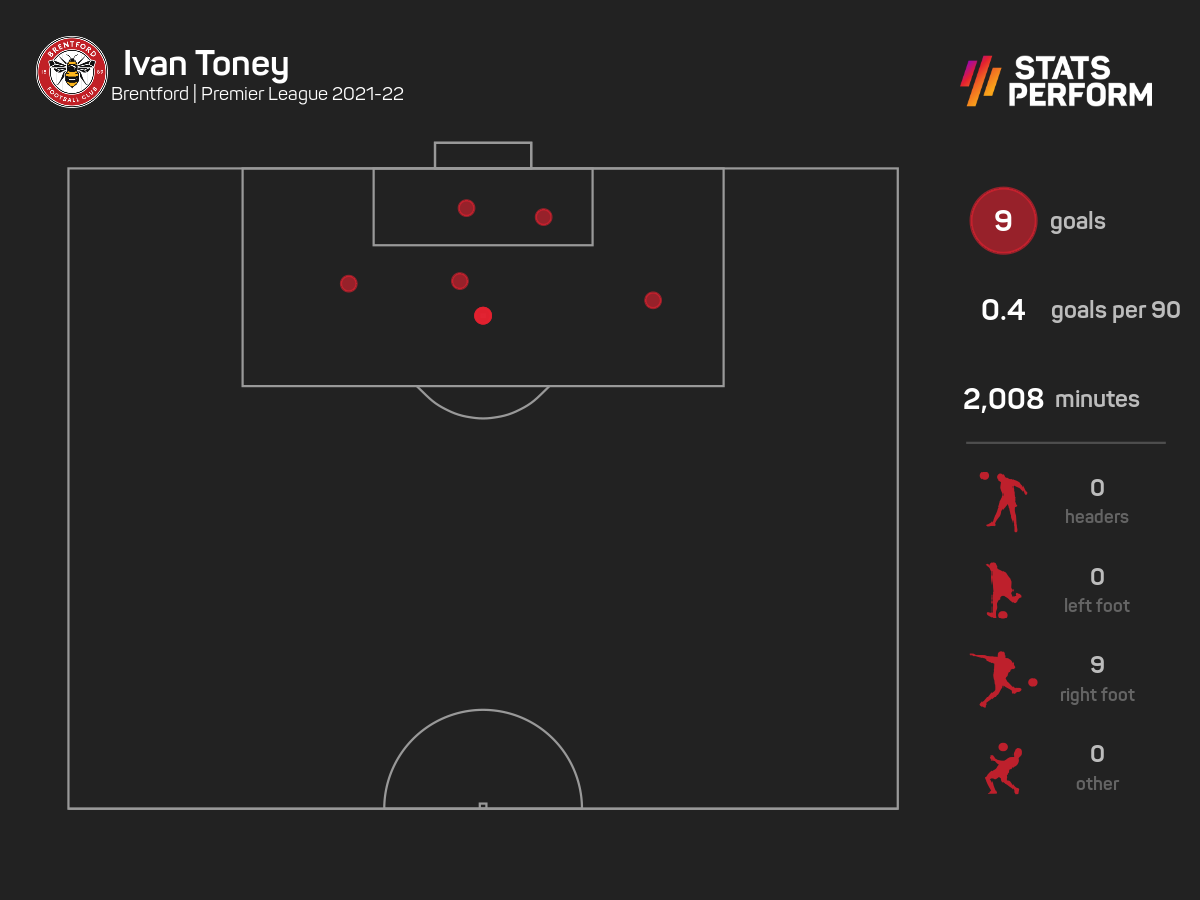 Wolves' European hopes suffered another blow as they fell to a third successive Premier League defeat, as many as they lost in their previous 13.

Bruno Lage's out-of-form side have now conceded six goals in their last four league games, after shipping just five in 12 before that.

Jean-Philippe Mateta came up with the breakthrough from close range for his fourth goal in eight Premier League starts, and Wilfried Zaha doubled Palace's lead from the penalty spot.

Ivory Coast international Zaha has now been directly involved in 83 goals in the competition, the joint-ninth best total for an African player, level with Nwankwo Kanu.

With this latest loss, it is the first time Wolves have lost three games in a row against Palace in their entire league history.

It was business as usual for Chelsea as they won for a third Premier League game running without conceding in what proved to be a straightforward victory at lowly Burnley.

The Blues scored all four of their goals in the second half as they enjoyed their biggest away league win since October 2018 when also beating Burnley by the same scoreline.

This was the biggest margin of victory for an away side in a game that was goalless at half-time since Tottenham beat Aston Villa 4-0 in December 2012.

Reece James started the scoring and in the process became the first defender from Europe's top five leagues to both score and assist five goals this term in all competitions.

Kai Havertz also netted twice before Christian Pulisic added some gloss to the scoreline – his fourth goal at Turf Moor, matching a record for an away player set by Tottenham's Harry Kane.

Liverpool 1-0 West Ham: Reds roll on thanks to Mane

Sadio Mane's first-half goal made it seven wins in a row for Liverpool in the Premier League, their best such streak since a run of 18 when they claimed the title two years ago.

That close-range finish was Mane's 12th of the season in the league, nine of those coming at Anfield – no player has scored more home goals in the division this season.

Trent Alexander-Arnold played the ball into the box for Mane's goal for his 16th assist in all competitions this term, more than he has ever registered in a single campaign.

Liverpool were not at their best and that was particularly true of Mohamed Salah, who failed to score from six shots – only against Stoke in April 2018 (seven) has he fared worse.

Incredibly, Virgil van Dijk has never been on the losing side for Liverpool in 60 Premier League home games at Anfield, setting a new record in that regard. 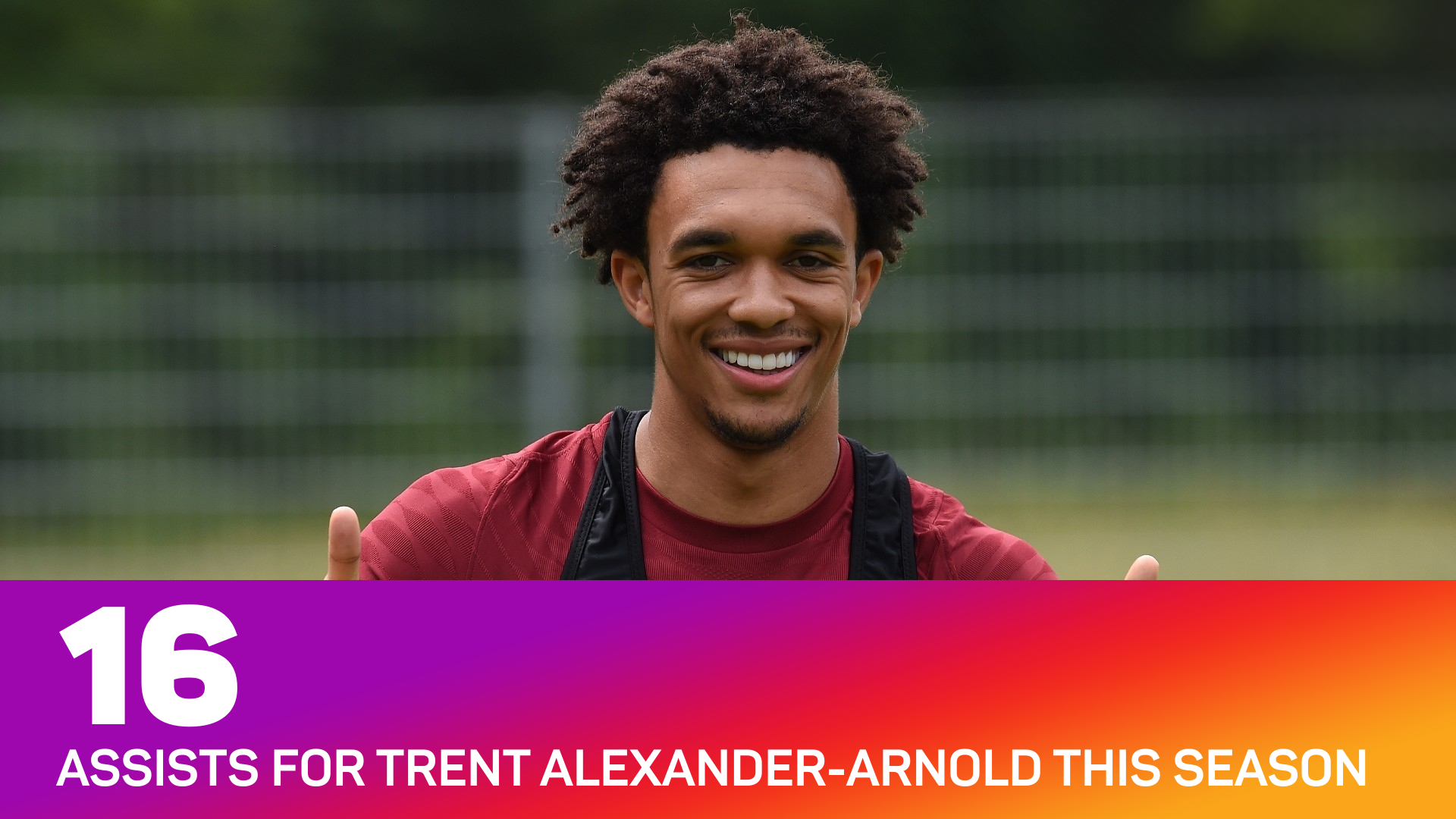 Soaring temperatures will make for uncomfortable playing conditions over the weekend, but Liverpool will not have to worry about that.

Inter are hoping Romelu Lukaku will again be able to fire them to the title alongside Lautaro Martinez after returning from Chelsea.