Stats Perform looks into some key Opta facts from a selection of Saturday's Premier League games, with the title race hotting up.

With the final international break of the season done and dusted, it was back to Premier League action on Saturday as teams prepare for the all-important run-in.

Having not had any changes of leader since the turn of the year, it was a novelty to see it change twice in one day, albeit with a familiar look at the end as Liverpool and Manchester City both recorded wins.

Something far less routine happened at Stamford Bridge as Chelsea were clobbered by Brentford, while there was also a win for Wolves against Aston Villa and draws at Brighton and Hove Albion, Leeds and Manchester United.

It was a nervy afternoon at Anfield as Liverpool looked to leapfrog City to the top of the table.

Despite a determined performance from Roy Hodgson's Hornets, a first-half header from Diogo Jota and a late penalty from Fabinho secured the three points for the Reds.

It sent Jurgen Klopp's men to the top of the Premier League for the first time since December, albeit they were back to second later on after City's own win.

Liverpool are back in the title race after having won 10 consecutive Premier League games, becoming just the second side to embark on such a run on five separate occasions after City (also five).

It was another goal for Jota, his 20th of the season, and since making his Liverpool debut in September 2020, the Portugal international has scored more headed goals (nine) than any other player for a Premier League club in all competitions. 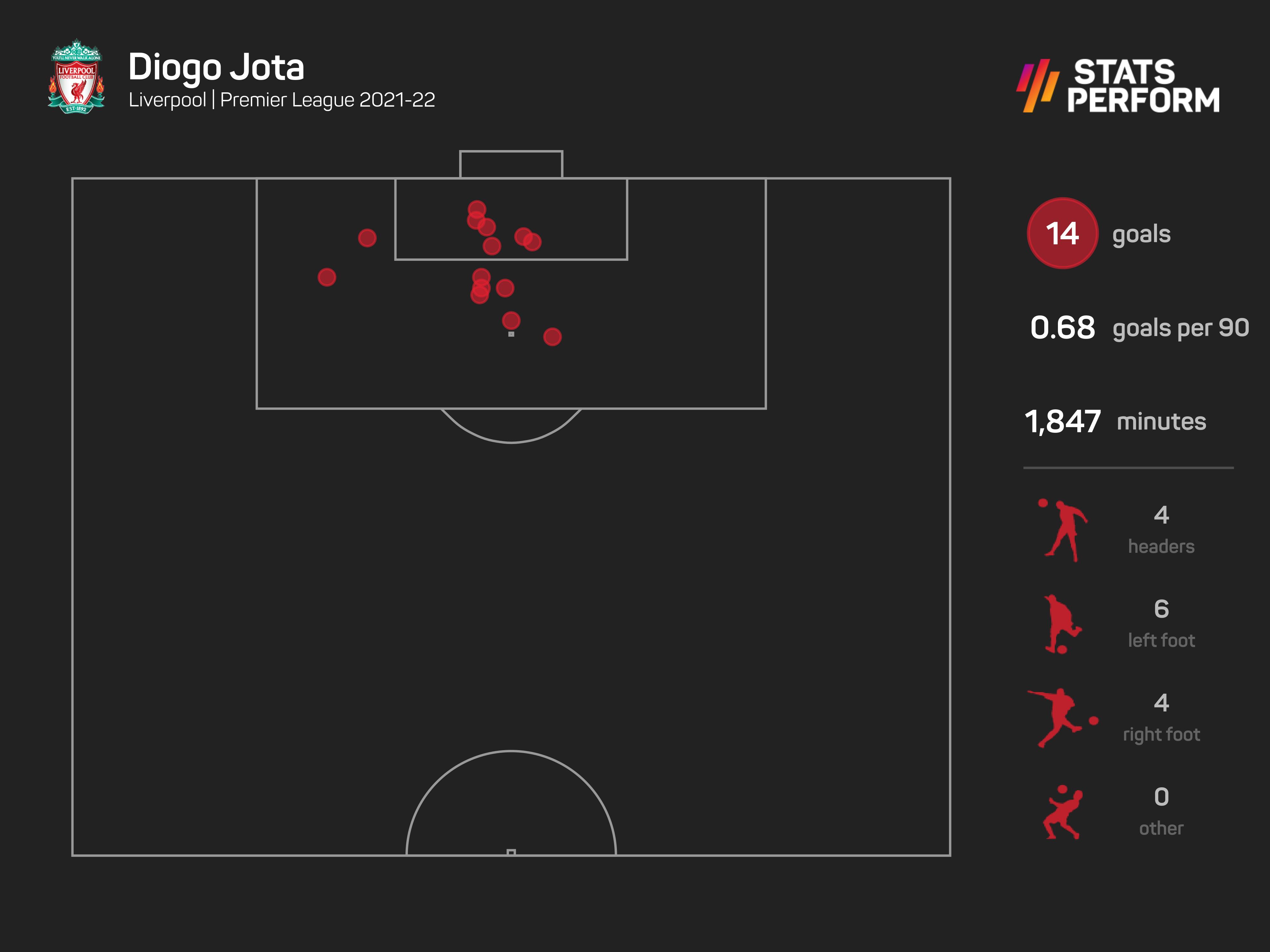 Despite being displaced by their rivals, City eased to victory against Sean Dyche's side to take back their top spot just a couple of hours after losing it.

This made it 14 wins from their last 15 games against the Clarets in all competitions (D1), winning each of their last 10 by an aggregate scoreline of 34-1.

City are the only side yet to drop a single point from a winning position in the Premier League this season, winning all 23 games in which they have led. No side has ever gone through an entire Premier League campaign without dropping points when ahead before.

Aymeric Laporte made his 100th Premier League appearance, picking up his 82nd win – the most wins by a player in their first 100 games in the competition's history. 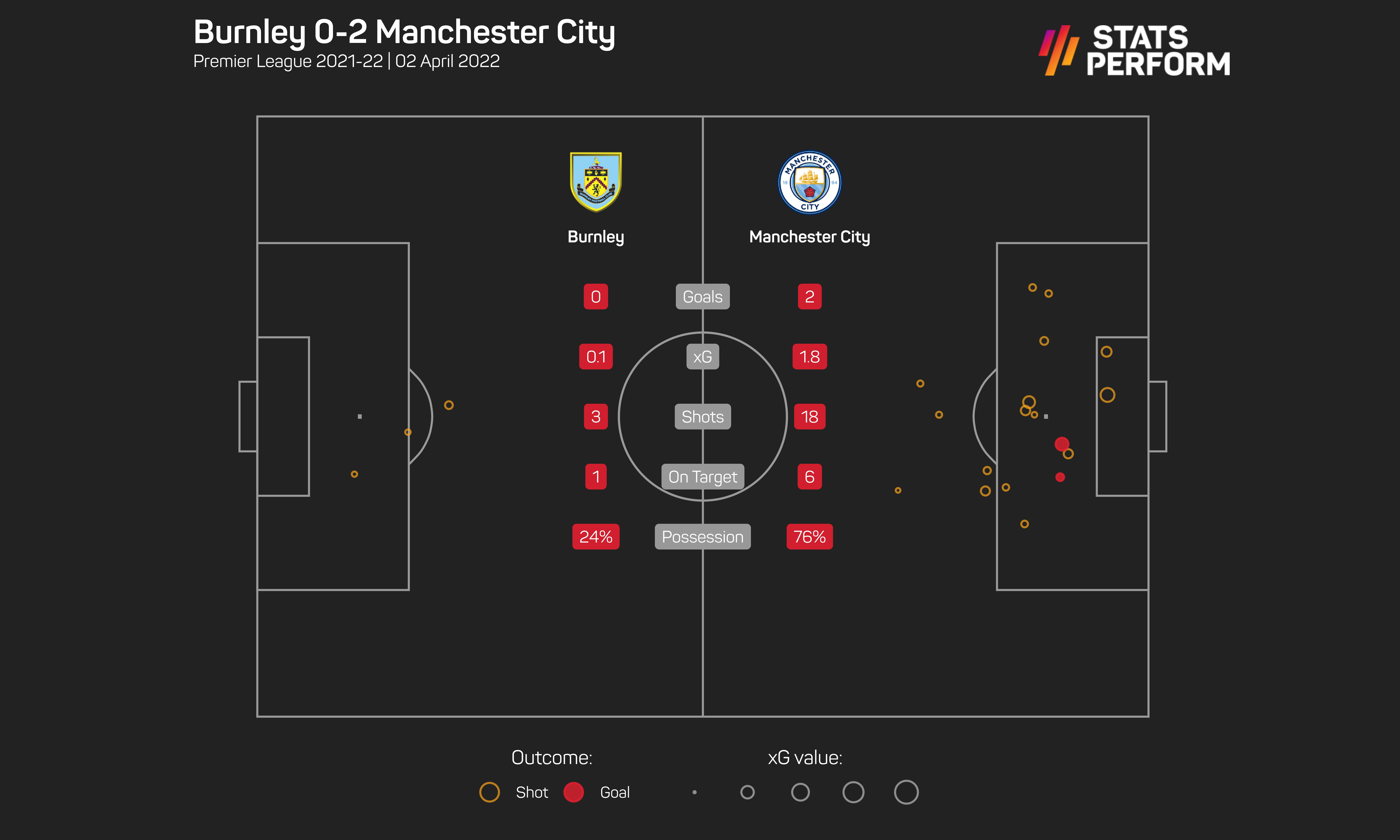 It has been a turbulent time for Chelsea off the field, but until now they had kept their on-field form in check.

Brentford had other ideas at Stamford Bridge as they came from 1-0 down to ease to their first victory in nine meetings against the Blues in all competitions since a 3-1 away win in the top-flight in February 1939.

Chelsea went ahead thanks to an Antonio Rudiger piledriver from 39.6 yards, which was Chelsea's longest range Premier League goal since Frank Lampard against Wigan in January 2007 (45.1 yards).

However, goals from Vitaly Janelt (two), Christian Eriksen and Yoane Wissa turned things around to make it just the second time Chelsea have conceded four or more goals in the Premier League at home to a newly promoted side (also under Thomas Tuchel in the 5-2 defeat against West Brom in April 2021).

Eriksen scored his first Premier League goal since December 2019. He has now been directly involved in eight goals (three goals, five assists) against Chelsea in the competition, with all three goals arriving at Stamford Bridge. 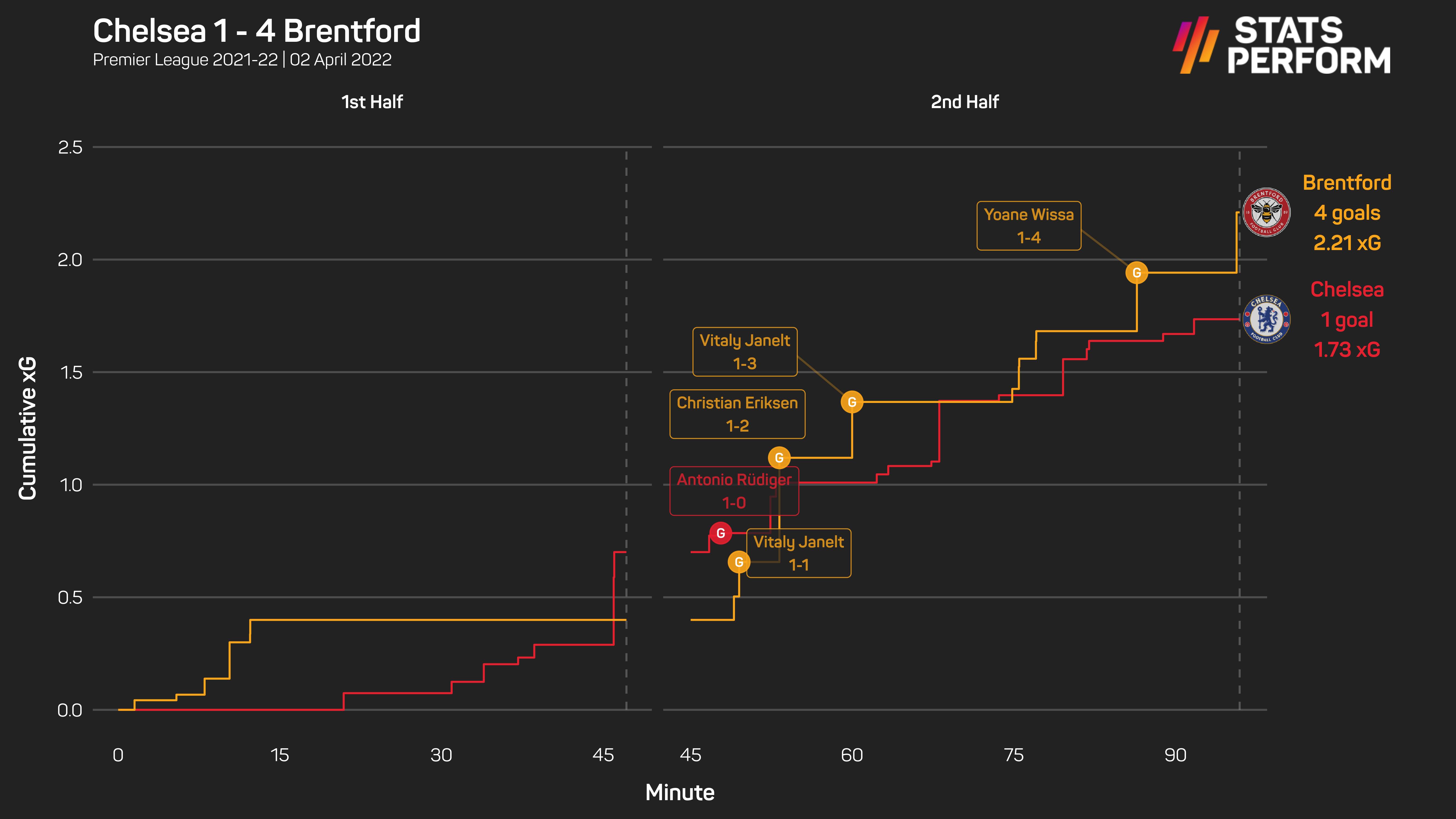 It felt like an ominous sign for United when Cristiano Ronaldo was ruled out of their game against Leicester through illness.

Ralf Rangnick's side ultimately rescued a draw having fallen behind to Kelechi Iheanacho's header, with Fred following in from a Bruno Fernandes shot, but it was still two points dropped in the race for the top four.

United have now won just one of their last six games in all competitions (D3 L2), after winning four and drawing three of the seven before that.

Fred is the seventh player to score on their 100th Premier League appearance for the Red Devils, and the first since Marcus Rashford did so, also against Leicester, in February 2019.

James Maddison laid on the assist for Iheanacho, and has now been directly involved in 21 goals in all competitions this season (13 goals, eight assists), four more than any other Leicester player; only in 2017-18 with Norwich has he been involved in more goals in a single campaign (26 – 15 goals, 11 assists). 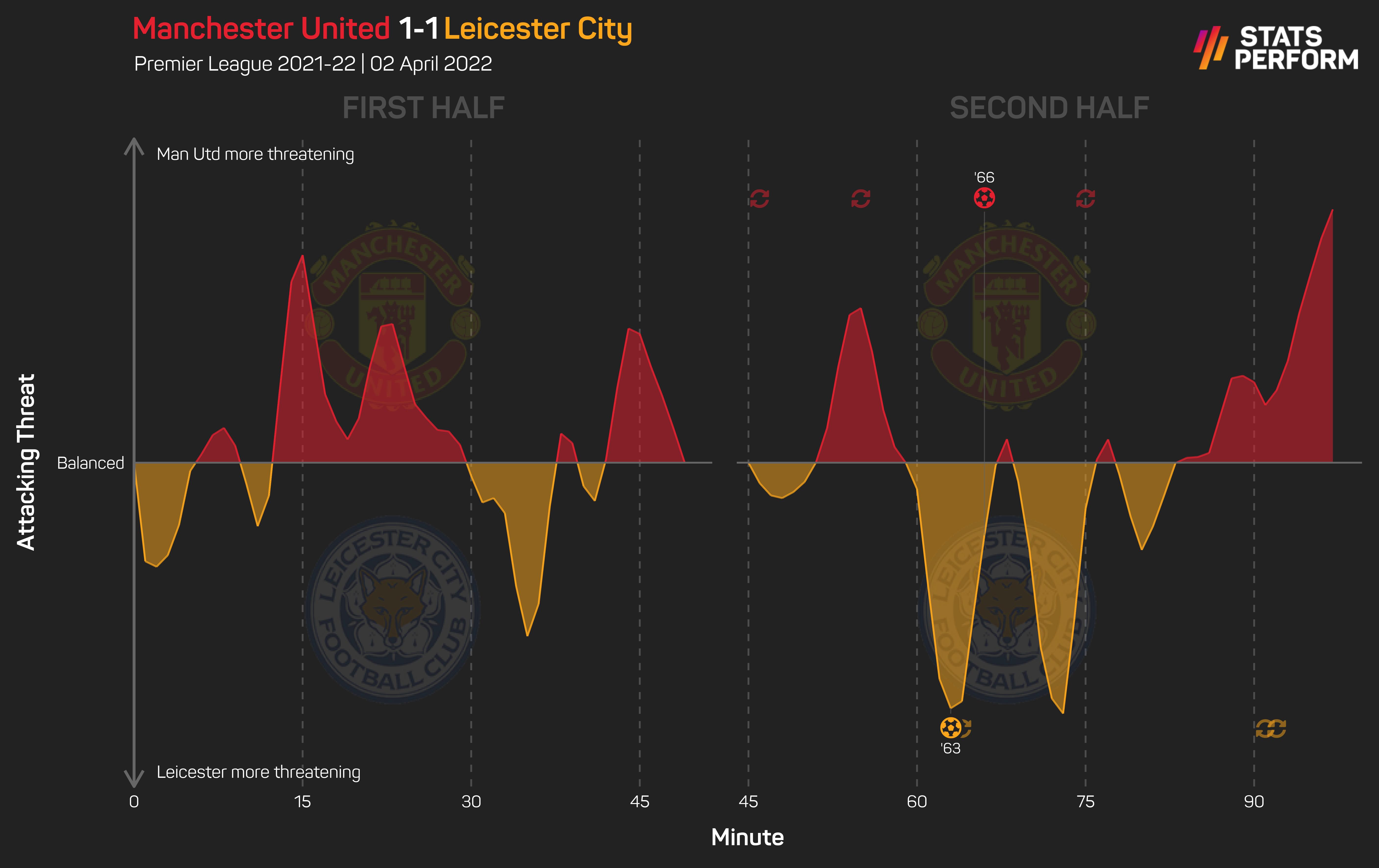 Milan forward Rafael Leao has caught the eye of Real Madrid, with the Spanish giants said to be preparing a massive offer.

This season has been one of new lows for Manchester United, but their CEO is hoping to inspire optimism ahead of a new era.

Todd Boehly's takeover of Chelsea has been cleared by authorities in the UK and Portugal, paving the way for a club announcement.

Erik ten Hag's Manchester United will launch their Premier League campaign a week after a friendly against Atletico Madrid.

Rumour Has It: PSG to make late play for Tchouameni

PSG are reportedly looking to scupper Real Madrid's move for Aurelien Tchouameni, with the Monaco midfielder set to leave this off-season.

Arsenal are reportedly looking to bring in two forwards this off-season, with Victor Osimhen and Gabriel Jesus the club's primary targets.

Todd Boehly's takeover of Chelsea has been cleared to go through after receiving government approval.