After his PSG side lost to Manchester City, Mauricio Pochettino declined to rule out the prospect of leaving for Manchester United.

Mauricio Pochettino refused to shut down rumours he could become the next Manchester United manager after Paris Saint-Germain lost to Manchester City.

The Ligue 1 leaders took the lead at the Etihad Stadium but goals from Raheem Sterling and Gabriel Jesus secured a 2-1 victory for City and top spot in Champions League Group A.

The match has been overshadowed by speculation over Pochettino's future, with the former Tottenham boss said to be one of United's top targets to succeed Ole Gunnar Solskjaer as manager.

Despite insisting before the game that he was committed to PSG, talk has persisted that the Argentine is keen to return to his family in England and would relish the chance to take over at Old Trafford.

Speaking after his side's defeat in Manchester, Pochettino declined to rule out the prospect of leaving for United.

"The players are well aware of the situation," he said, as per L'Equipe.

"There are rumours in this environment, some positive, some negative. Now is not the time to talk about it.

"We have to improve in all aspects, all areas. We are improving. I'm happy with the process. There are things that are better now than a month ago. Little by little, the team will improve." 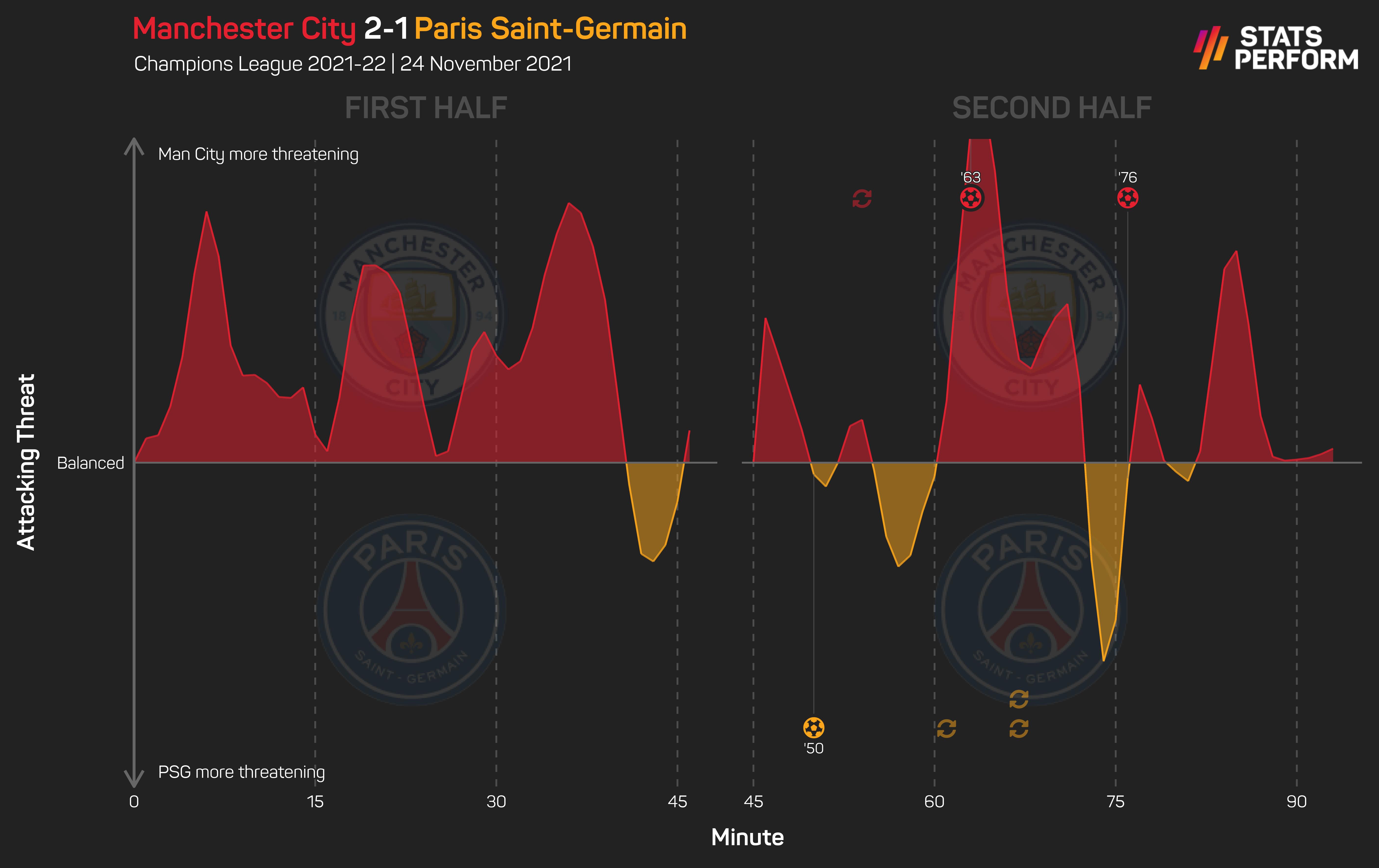 City looked the stronger side for much of the contest, finishing with 2.09 expected goals to the visitors' 1.04.

They had 16 shots to PSG's seven and 37 touches in their opponents' box while conceding only 10 as they largely limited the impact of Lionel Messi, Neymar and Kylian Mbappe.

Pochettino accepted his side were second-best in the first half but felt the game was under their control when they held the lead.

"There were two halves," he said. "They started better. They were very aggressive in pressing. There were some good things but others that need to be improved.

"At 0-0 at half-time, we were able to solve some problems. We had the game under control at 1-0. I'm disappointed with the result. You have to progress every day."

Steven Gerrard will head to Old Trafford with his Aston Villa side for an FA Cup third round showdown with Manchester United.

Champions League matchday six permutations: Who needs what to go through?

As we head into the final games of the group stage of this year's Champions League, what is there to play for on matchday six?

Manchester City have eased through their Champions League group but Pep Guardiola has been impressed by one RB Leipzig player in particular.

Arthur Masuaku's late strike handed Chelsea their second league defeat of the season, while Ralf Rangnick got off to a winning start.

Manchester City have already won Group A, and travel to RB Leipzig for their final game, where Pep Guardiola is expected to make changes.

Stephen Curry is on the verge of history and believes he could break Ray Allen's three-point record in his next game.

Max Verstappen is level on points with Lewis Hamilton ahead of the final grand prix, but will win the title on races won if neither finish.