Modric: Croatia must play 'match of our lives' to stop Messi and reach World Cup final

Croatia are bidding to reach the final at consecutive World Cups, but they must beat Lionel Messi and Argentina in order to do so.

Croatia could become just the second team to win knockout ties against both Brazil and Argentina at a single World Cup next time out, after Germany did so in 2014.

Their hopes of reaching the final may depend on their ability to contain Albiceleste great Messi, who has recorded six goal contributions at the tournament – a tally only bettered by Kylian Mbappe (seven).

While Modric knows stopping Messi will be crucial, he warned Zlatko Dalic's men against focusing all their energies on one player.

"I have the desire to play, but not only to play against one player," Modric said in an interview with RTVE.

"Of course, Messi is an excellent player, we will have big problems to stop him, but we are ready and we will do our best.

A thread of some fresh-faced Croatian stars pic.twitter.com/lzRKOWxMhr

Few expected Croatia to repeat their 2018 heroics in Qatar, and while Modric thinks that has suited Dalic's side, he revealed he warned his Real Madrid team-mates of their quality ahead of time.

"It's normal that everyone is looking at the big countries," Modric said. "Given that we are small, no one counted on us.

"But we don't mind that others are favourites and we are in the shadows. We can only do our best, try hard, and that is exactly our strength.

"Before I left for the World Cup, we talked a lot in the [Madrid] dressing room, during which I told them: 'Watch out for Croatia'."

If, as expected, Modric starts Tuesday's game, he will become just the fourth player to start six matches at a single World Cup when aged 37 or above, after Brazil's Nilton Santos in 1962, Italy's Dino Zoff in 1982 and England's Peter Shilton in 1990.

While several veterans of the 2018 tournament remain key for Dalic's side, Modric has been delighted by the impact of Croatia's younger players – including goalkeeper Dominik Livakovic.

"I saw maturity in our national team with young players who brought new quality and energy," he added.

"It's incredible what our national team is doing. I believed that we could do something. It is a big thing that after four years we are in the semi-finals again. We showed great mental strength.

"In those moments, someone always jumps out, like our goalkeeper, especially in the last two games. I am happy for him, he showed that he is a great goalkeeper." 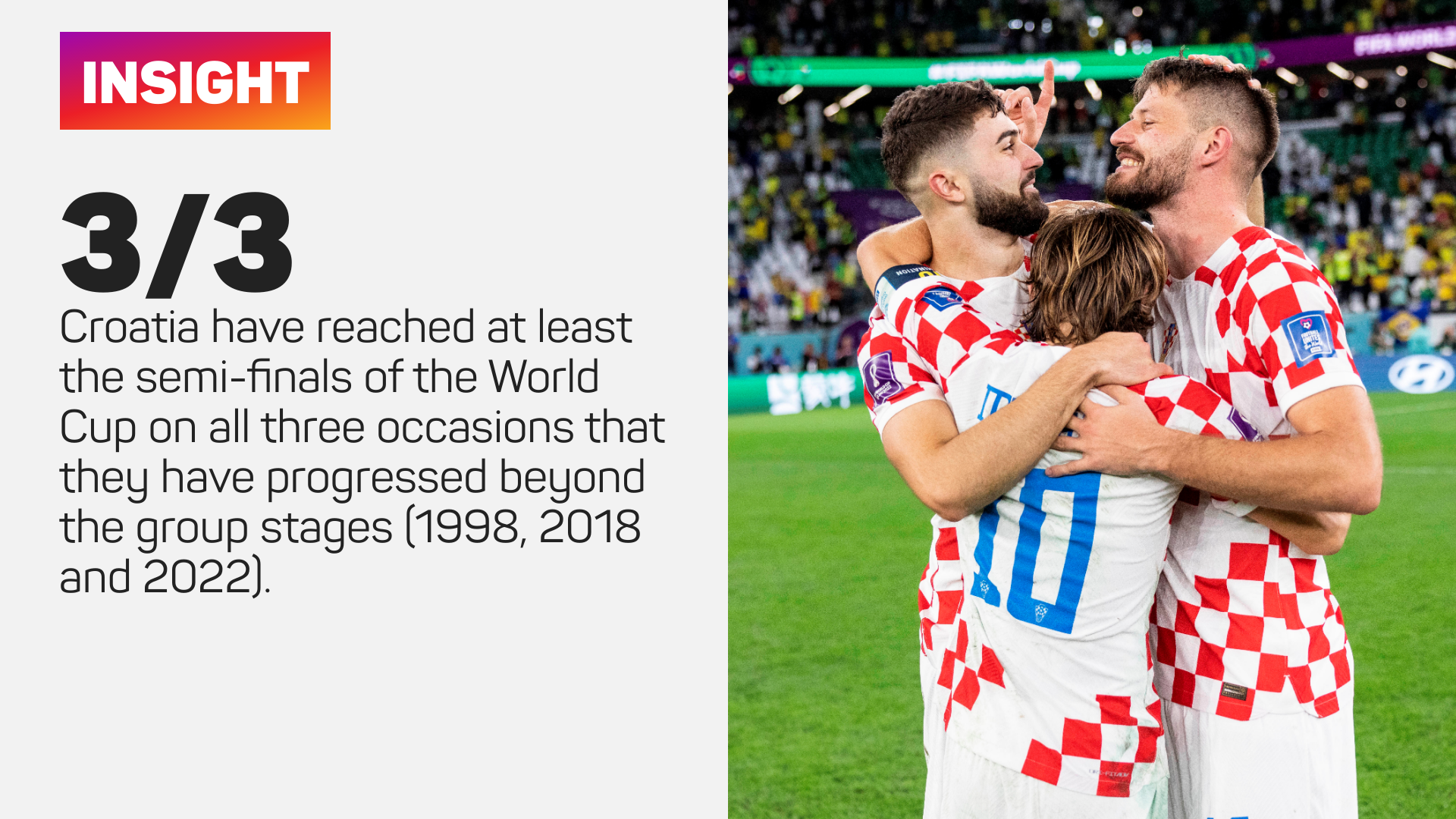 Australian Open: Emotional Djokovic back on top of the world a year after Melbourne misery

Novak Djokovic showed more emotion than we have ever seen from him as he continued his incredible domination of the Australian Open.

After having his contract with Shakhtar Donetsk suspended last year, Premier League-bound Tete has already spent 10 months at Lyon.