France exited Euro 2020 to Switzerland at the last-16 stage last year, with Kylian Mbappe subjected to plenty of criticism for his displays.

Kylian Mbappe considered retiring from France duty after being criticised for his displays at Euro 2020, according to French Football Federation (FFF) president Noel Le Graet.

The 23-year-old failed to score in any of his four outings in last year's competition, with France surprisingly being eliminated by Switzerland in the last 16.

Mbappe was subjected to much of the criticism at the time, and FFF chief Le Graet has revealed just how much that affected the former Monaco star.

"I met with him after the Euros. He felt that the Federation had not defended him after his missed penalty and the criticism he faced," Le Graet told Le Journal du Dimanche.

"We met for five minutes in my office. He was angry, he didn't want to play for the French team any more – which he obviously didn't mean.

"You know how it is; he's a winner, he was very frustrated, like all of us, by the elimination. He's so media-friendly. He's a great guy, much more collective than people think." 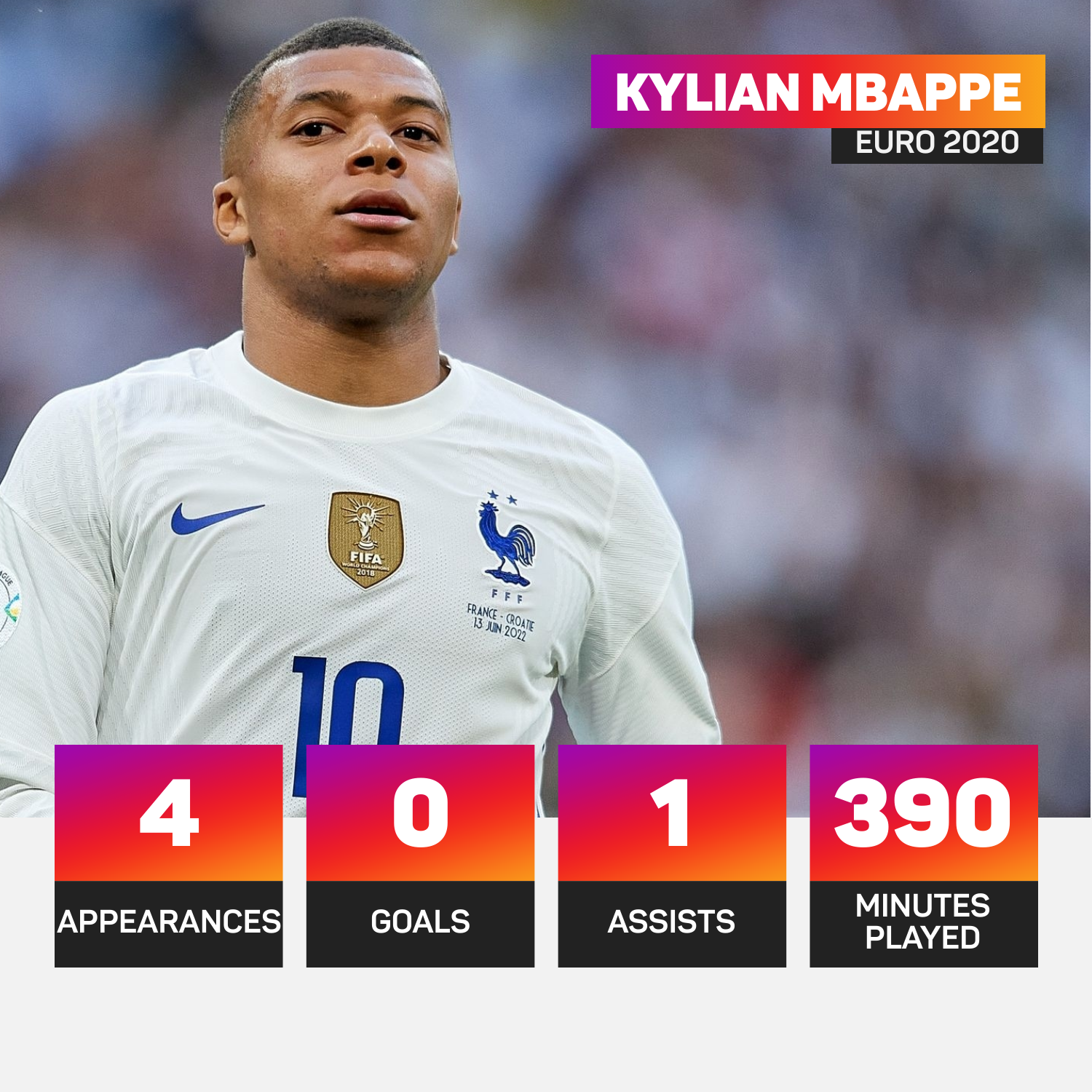 Mbappe has gone on to play a further nine times for France since last year's disappointing Euro 2020 showing, helping his country to qualify for this year's World Cup in Qatar.

He has scored 27 goals in 57 senior caps, placing him 11th on Les Blues' all-time record goalscorers, a list topped by Thierry Henry (51 goals).

Frenkie de Jong could potentially be used as a means to ease Barcelona's financial burdens, with a transfer to Manchester United.