Alisson believes Liverpool are improving despite making their worst start to a Premier League season under Jurgen Klopp, after the Reds were held to a frustrating Merseyside derby draw by Everton.

After missing several clear-cut opportunities in Saturday's 0-0 draw at Goodison Park, Liverpool have picked up just nine points from their first six games of the campaign – their lowest tally since they claimed eight under Brendan Rodgers in 2015-16.

Liverpool's 25th Premier League outing of 2022 was also the first in which they failed to find the net, with Mohamed Salah and Luis Diaz both hitting the woodwork amid an inspired performance from Toffees goalkeeper Jordan Pickford.

The England goalkeeper's tally of eight saves against the Reds is the highest he has ever recorded while keeping a Premier League clean sheet.

Alisson was also forced into fine saves by Neal Maupay and Dwight McNeil in a lively encounter, but has chose to remain upbeat about Liverpool's performances.

"We are really focused on getting the victories back. It was really important we won the last game [against Newcastle United on Wednesday]," he told the club's official website.

"Not always do you get the results that you want, but you have to fight for that. You need to have consistency in your performances, and we are getting there.

"Players are coming back from injuries, so that is really important and that is the good side of everything." 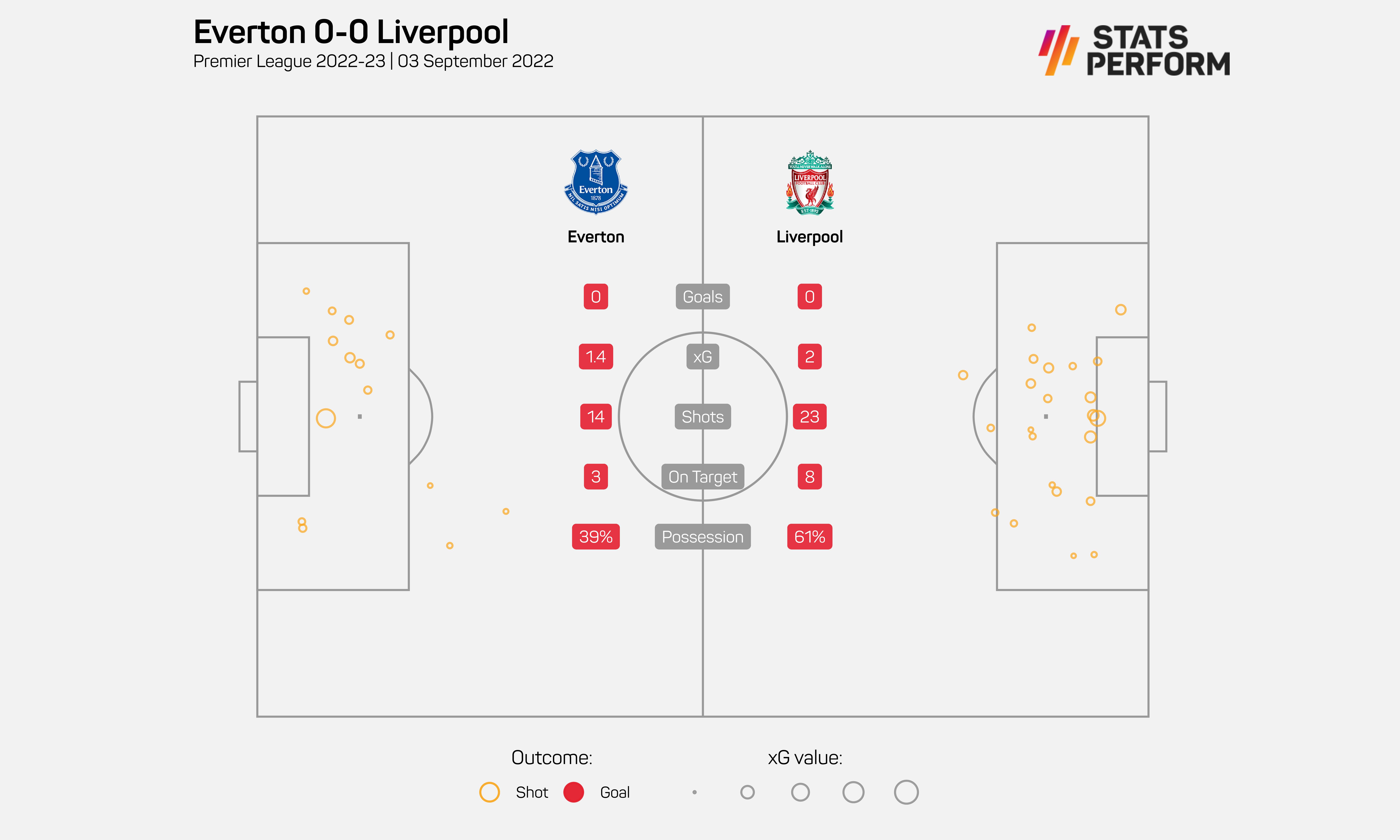 Asked whether Liverpool had done enough to come away with the three points against Everton, the Brazil international added: "We didn't win, so the answer is not.

"But we did quite well, we improved our performance in respect of the last matches. We created chances, so many clear chances.

"We could have scored, but the opponent as well had their opportunities.

"We defended well, enough to keep the clean sheet – that is the common goal for the team, we work hard for that. For today, we get a point and just keep on going."

Liverpool will turn their attentions to the Champions League when they travel to Napoli on Wednesday, before hosting Wolves in their next Premier League fixture on Saturday.

We made it easy for Napoli, says Klopp after heavy loss for Liverpool

Jurgen Klopp gave an honest assessment on Liverpool's performance after a 4-1 loss to Napoli in the UEFA Champions League.

Liverpool struggling as a team, not just because of Salah, says Schwarzer