Gavi and Pedri were outstanding as Spain thrashed Costa Rica on Wednesday, and could help to seal Germany's Group E fate next time out.

Gavi and Pedri will emerge as leaders of a new generation for Spain, according to Lothar Matthaus, who is expecting a World Cup classic when La Roja take on Germany on Sunday.

The Barcelona youngsters starred as Spain began their campaign by hammering Costa Rica 7-0 on Wednesday, while Germany surrendered a half-time lead in a shock 2-1 defeat to Japan.

Should Die Nationalmannschaft slump to consecutive group-stage losses at a single World Cup for the first time on Sunday, it may be enough for them to replicate 2018's humiliating early exit.

With Gavi and Pedri pulling the strings for Spain and Germany having suffered an embarrassing 6-0 defeat when they last met La Roja two years ago in the Nations League, Matthaus is not overly confident.

Asked about the duo's potential impact against Germany, Matthaus told Marca: "They are going to lead this new generation and Luis Enrique is giving them a lot of confidence, and that is essential for them.

"La Roja always brings new values. If I go to the last game, I don't have a good feeling, but that is already past and tomorrow will be a new story.

"They are the two favourites of the group, but Japan should not be neglected.

"We will have to fight for every metre of the pitch. I think the Germans respect Spain a lot, they have a great team. It will be one of the great matches of the tournament." 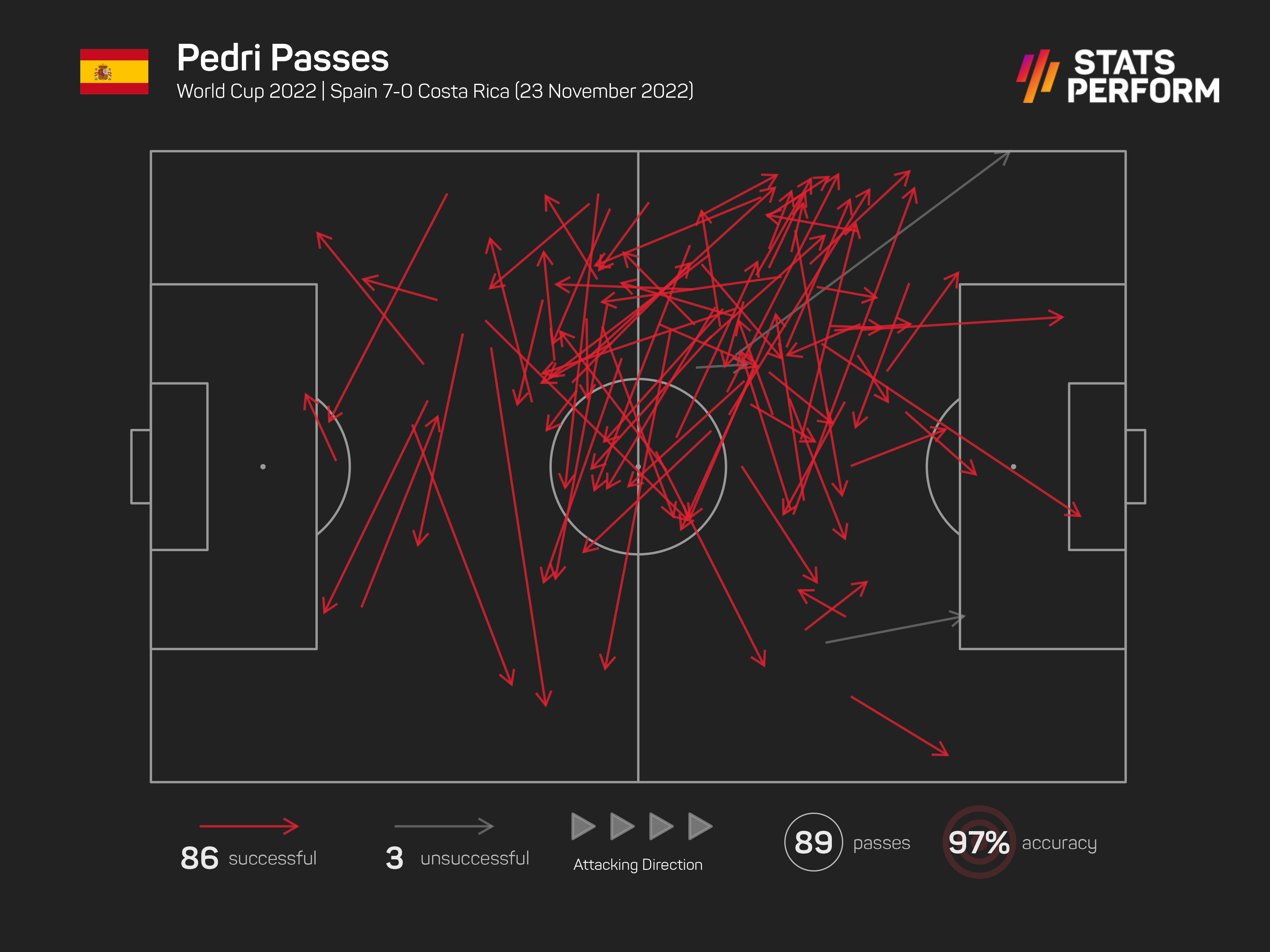 Having started just one of their previous 18 World Cup campaigns with a defeat, Germany have now done so at consecutive editions after losing to Mexico in Russia four years ago.

Having retired from international football after Germany's Euro 2020 exit against England, Real Madrid midfielder Toni Kroos is absent from his country's squad at a World Cup for the first time since 2006.

With Kroos helping his club win LaLiga and the Champions League last season, some have highlighted his absence as a reason for Germany's struggles, but Matthaus disagrees.

"We have [Ilkay] Gundogan, [Joshua] Kimmich, [Jamal] Musiala. Kroos made the difference, and he continues to do so with Real Madrid," Matthaus said.

"He is a fantastic player, but he decided to leave the national team a few years ago and we have to respect that. In his position, we have [Manchester] City's captain Gundogan.

"We have two Bayern Munich stars, Kimmich and [Leon] Goretzka, but they are different from Kroos. Toni did incredible things for German football, but we already have others." 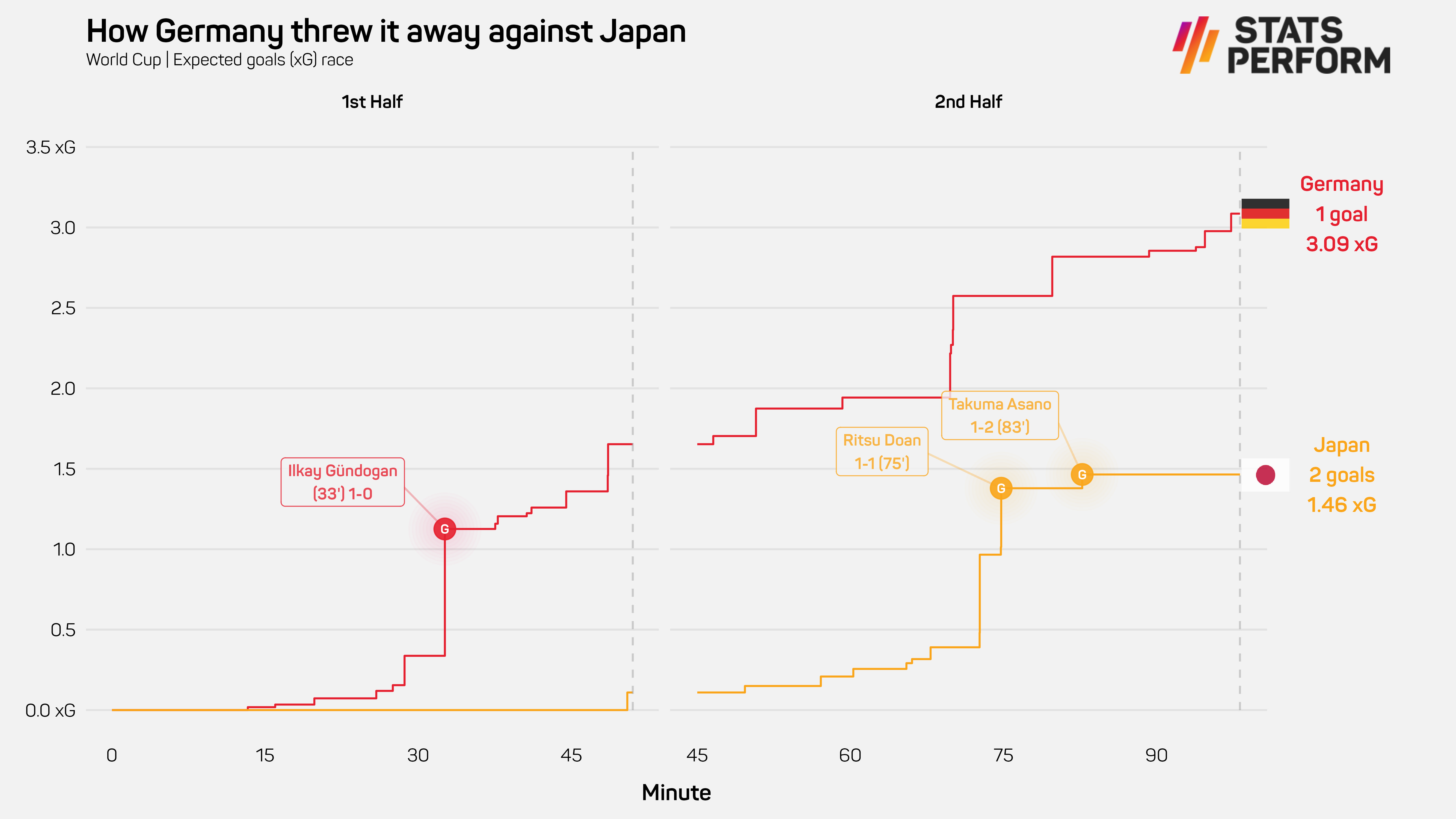 Tottenham striker Harry Kane is now out above Jimmy Greaves as the club's all-time leading scorer.

Ancelotti defends Vinicius after Mallorca defeat: 'All he wants to do is play football'

Carlo Ancelotti leapt to Vinicius Junior's defence after the Brazilian was fouled 10 times during Real Madrid's defeat at Real Mallorca.

Antonio Conte was continuing to heal at home after midweek surgery as his Tottenham side faced a huge game against Manchester City.

Daniel Gavins looked to have thrown the Ras Al Khaimah Championship title away at the last on Sunday, but he recovered for a dramatic win.

Luciano Spalletti wants Napoli to "double down" and challenge for the Champions League as well as Serie A this season.

Taylor and Serrano to meet again on May 20 in Dublin

Amanda Serrano has become undisputed featherweight champion and will face off against Katie Taylor for a second time in May.

Bayern Munich made a transfer scoop by bringing in Joao Cancelo on loan from Manchester City, and it may just be a short-term arrangement.

Kyrie Irving's trade demand has rocked the Brooklyn Nets before Thursday's trade deadline and caught his teammates off guard.